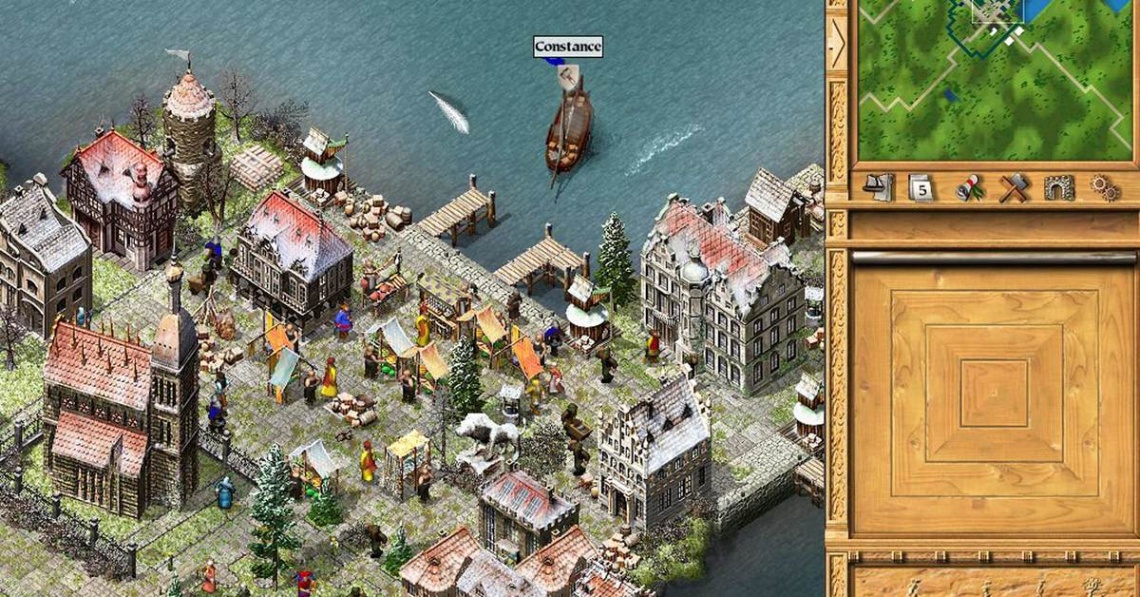 Patrician III: Rise of the Hanse

rpg
simulation
strategy
Release: 2010
The game is a trading and economic simulation. Goods of varying types are produced in the towns, and may be sold in other towns on the game map which do not produce them. You start as a fledgling trader with one or two ships of small size, a trade office in the town of your choosing, and some money.
As you gain wealth and reputation, you may be permitted to open additional trading offices, and can build larger and better armed ships. Industrial and agricultural businesses can be opened to supply raw materials such as grain, timber, pig iron, or wool and finished goods such as pottery, iron goods, cloth, or beer. There are a series of ranks which you can attain through wealth and popularity. These ranks are placed in order of increasing power: Shopkeeper, Trader, Merchant, Travelling Merchant, Councillor, Patrician, Lord Mayor, and Alderman.
Competitors roam the seas, as do pirates. The method in which one must increase their rank is to increase their financial status and gain reputation. One can organize feasts, donate to the church, donate public buildings, and defend against attack. You can also turn to the dark side, engage in piracy, smuggle goods, and even attack towns, among other things, for cash and goods.
If needed goods are not supplied to the cities, population and markets decline. With adequate goods, the league thrives. The system becomes increasingly difficult to manage as it grows. From a starting population of a few tens of thousands, growth to many hundreds of thousands is possible. New cities may be founded, and socially as you advance you may become lord mayor of your town, in charge of its defense against pirates, marauders of the countryside, or the local Prince who may besiege and loot your city. Undertake missions as mayor, and you may ultimately become the Alderman, the leader of the Hanseatic League. Trade with the Mediterranean cities (which must be discovered) and also with American tribes is possible as well, for potentially great profits.
The game may be played either as solo player or in a multiplayer game modes with various difficulty settings; a map editor permits addition of different cities. 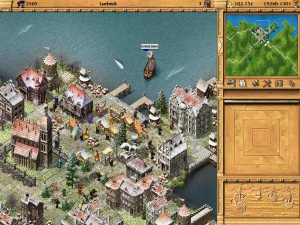 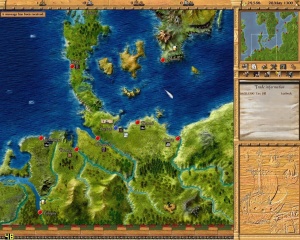