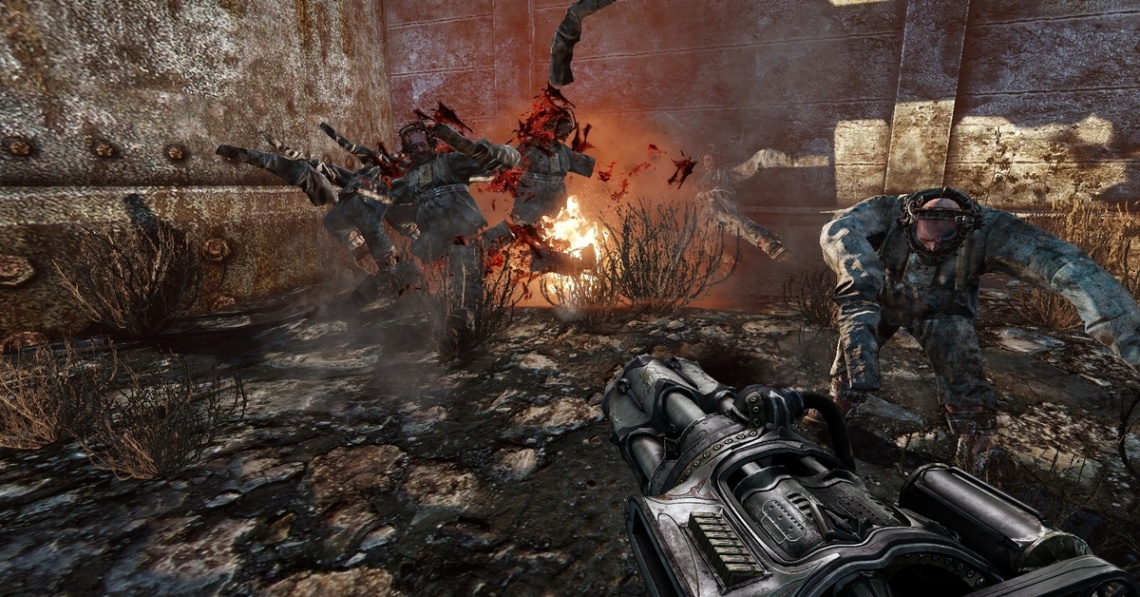 action
fps
Release: 2012
Evil has returned! Demonic powers are manifesting themselves as a myriad of dark creatures, fighting over the fates of imprisoned souls caught in Purgatory. Once again, it is up to Daniel Garner, in the unenviable position of being the Curse of Darkness and the Toy of Light, to fight his way past hordes of demons and fiends.

For that purpose, he has been provided with convincing "arguments", such as stakes, rotating saw blades and other useful equipment. Questions remain... "Can he stop the powerful creatures that stand in his way? Will he ever leave the hell of Purgatory and be reunited with his wife Catherine?"

Along with the extensive improvements to the graphics and the redesign of the single-player campaign, the game mechanics have been refined and lots of innovations have been introduced:

Co-op mode: the entire single-player campaign can be played by two people. The level of difficulty adjusts in accordance with the 2 players (either through the number of enemies or the amount of hit points)
Survival mode: in survival mode, up to 8 players battle for survival in a limited area of one map. Endless waves of enemy hordes crash over the brave challengers. A look at the rankings shows who was able to resist the longest.
Along with familiar classics such as the Painkiller, the stake gun, the shotgun, and the electrodriver, a new instrument of death has been added to the arsenal: the Soulcatcher, a.k.a. the SSG (Small Sucking Gun); okay, it isn’t small, but it not only shoots saw blades in primary firing mode, but also literally sucks the souls out of countless enemy types in secondary firing. The icing on the cake: enemies hit by the combo attack will fight minions on your side for a short amount of time.
Speaking of countless enemy types, improvements have also been made here. All enemy types have been designed with significant variety. The “patients” now wield several different weapons (such as axes, saws, polearms, swords, etc.), wear different armour sets, and nevertheless all have the same goal: to eliminate Daniel Garner.
FEATURING...
A modern remake of two Classic shooters, Painkiller and Painkiller: Battle Out Of Hell
14 adrenaline filled levels, including 4 Boss levels
Over 30 of the nastiest, darkest creatures from Hell
Devastating and unique arsenal of weapons that makes Sodom and Gomorra look like a birthday party for children
Huge (literally) boss-fights
Singleplayer and co-operative campaigns spread across 4 chapters; the entire Singleplayer campaign can be played by two players in co-op mode (Lan or online)
Numerous Player vs. Player (PvP) and Player vs. Environment (PvE) Multiplayer modes
PvE- Coop
PvE- Survival
PvP- Duel
PvP- Deathmatch
PvP- Team Deathmatch
PvP- Capture the Flag
The soundtrack is forged in the same furnace as the weapons: Heavy Metal!
Powered by Unreal Engine 3®
Steamworks fully integrated
ANTI-FEATURES
(you know, the ones that make life easy)
NO Kill-streak bonuses, airstrikes, or suicide bombings
NO auto-heal
NO AK-47, NO M16 or other weapons like that; just a healthy dose of .666 calibre weapons!
NO upgraded weapons with scopes, attached rocket launchers and extended ammo clip
For information on risks and side-effects please eat the pack insert and beat your doctor or pharmacist
Read Full Description
Save & Play Game Later
Images & Video 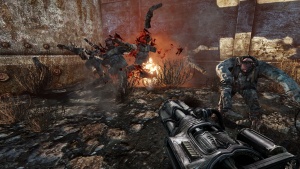 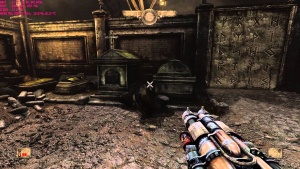