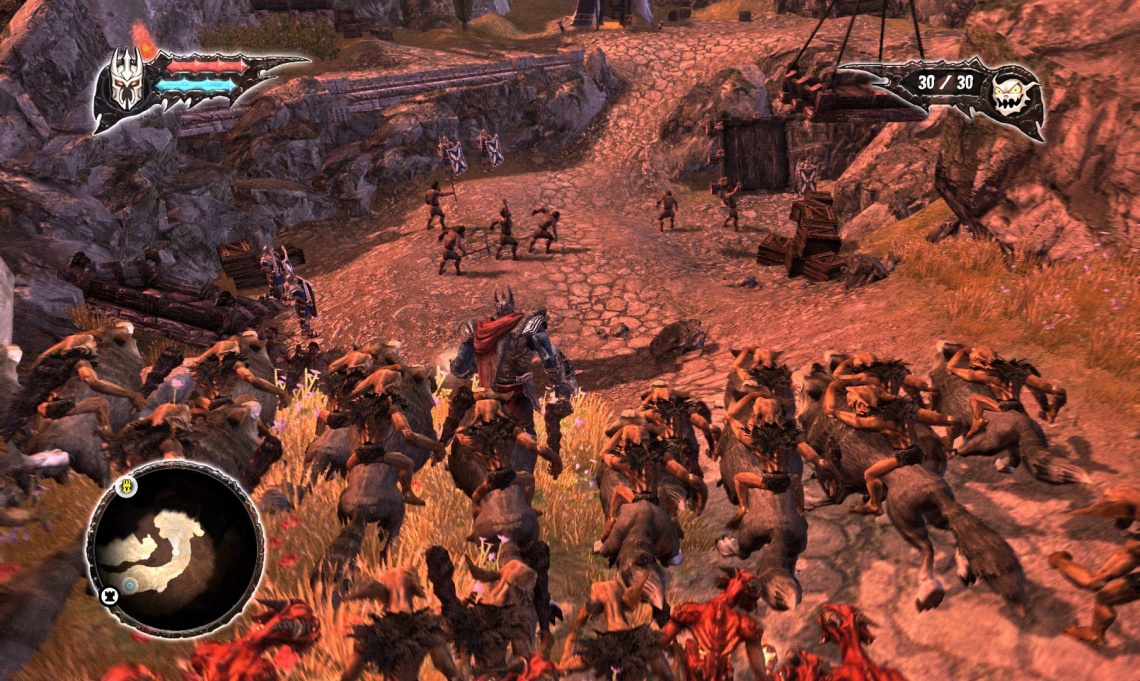 action
adventure
fantasy
multiplayer
open world
puzzle
rpg
single player
Release: 2009
The core gameplay from the previous Overlord game remains intact in the sequel, with the player controlling the Overlord character in a third-person perspective who has command over hordes of small goblin-like creatures known as minions to travel the landscape and defeat various civilizations with the Roman-style "Glorious Empire" being the prime foe. Initially only the brown minions are available but eventually the Overlord will regain command of the others that are essential in overcoming obstacles that obstruct further progression of the story. With up to four kinds, each minion type is suited for different purposes such as browns for fighting and blues for healing fallen minions.
While the Overlord himself can also fight in combat with various weapons and armor types that gradually become available and the ability to cast spells to either help minions or hinder opponents, the majority of tasks are performed by the minion hordes. While minions retain many abilities including using scattered items as weaponry and armor, carry large objects in a group, turning cranks and finding treasure, minions can now also operate siege weapons, ships/boats and other war machines and, once captured, can mount and ride wild animals to help in combat and overcome obstacles. The Overlord also has the ability to occasionally take direct control over the current strongest minion to lead the rest through the use of the "Possession Stone".
The Overlord and his minions reside in a dark tower in a dimension known as the "Netherworld", where the Overlord builds up his minion forces by harvesting life-force[9] from fallen creatures that, when gathered, can be brought back into the real world as a minion by summoning them through Minion Gates scattered across the landscape and through the Overlord himself in the less common Netherworld Gates. Treasure accumulated over time can also be spent on upgrades for the tower, whether they’re upgrades for gameplay or just decorative, along with large contraptions and magical objects that the minions can be ordered to return to gates, thus the tower. The choice system returns once more in Overlord II, where at certain points during quests that can be taken providing two paths; the Destruction Overlord that focuses on destroying towns and killing all in his path and the Domination Overlord that rather focuses on enslaving defeated foes or neutral parties to worship and work for him. The choice themselves not only affect the story and interactive with NPCs, but can alter the look of the Overlord and allow certain powers to become available. Other choices such as choosing a mistress now allow the Overlord to have multiple mistresses and can (re)designate any to be the primary mistress at any time.
Besides the single-player campaign, players can play various multiplayer modes online and local, both competitive and cooperative. Competitive modes includes Dominate, where rival player Overlords attempt to capture sections of the map, and Pillage where they must capture large portions of treasure. Cooperative, on the other hand, sees player Overlords working together to either defend against a constant onslaught in Survival or attack powerful foes in Invasion.


This article uses material from the Wikipedia article Overlord II, https://en.wikipedia.org/wiki/Overlord_II, which is released under the Creative Commons Attribution-Share-Alike License 3.0, https://creativecommons.org/licenses/by-sa/3.0/.
Read Full Description
Get This Game 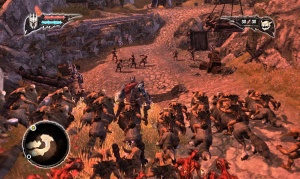 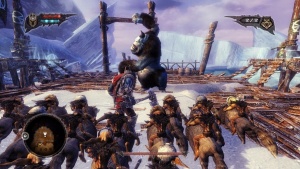