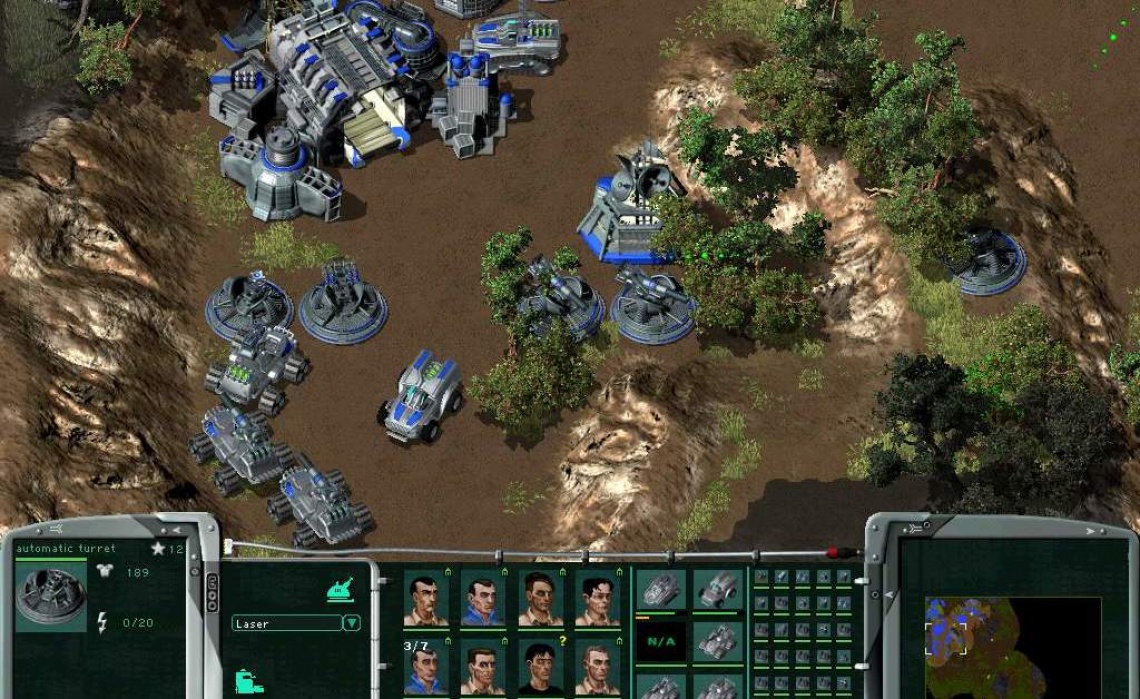 base building
indie
multiplayer
rts
single player
Release: 2001
Original War is an RTS: The player builds a base, finds resources, builds vehicles, and destroys the enemy. Its distinguishing feature is the way the game mechanics reflect the backstory's scarcity of resources and isolation.
It is not possible to train new men. Moreover, the same units who fight are needed for resource gathering and the bases' functions. Production facilities, research labs, vehicles and base defenses are all useless unmanned. The local apemen can be trained to do simple tasks, and with the right research it is possible to use remote control and AIs, but all are generally worse in combat than humans. Losses in personnel are otherwise irreplaceable.
Units do not fight to the end. Critical damage causes humans and apemen to collapse, and vehicles and buildings to eject their occupants and catch fire. They can be saved if they are healed or repaired before they bleed out or explode, respectively. Units give lower priority to incapacitated targets, and the player's units will not attack them unless ordered to. Vehicles without drivers belong to no one, so hijacking is easy and even desirable.
Read Full Description
Save & Play Game Later
Images & Video 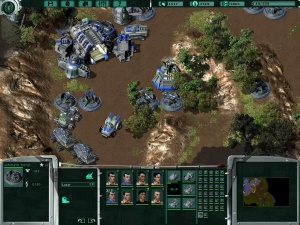 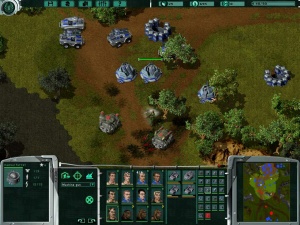