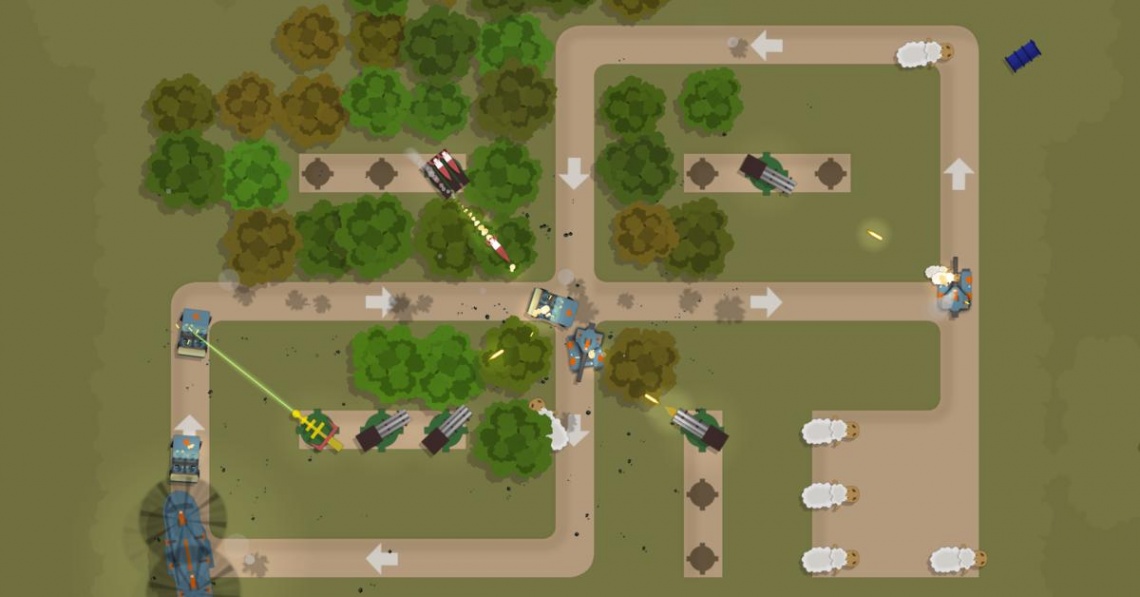 indie
single player
strategy
tower defense
Release: 2017
You will need every tactic you can think of, because the enemy can be very intelligent! Instead of simply choosing the shortest path, they will try to avoid towers. They will even build new roads using bulldozers. Every level will require a different approach. The game has over 80 balanced levels. Levels vary from large open areas, levels with multiple entrances, mazes and small fast paced levels.
Place your towers at tactical positions in each level. In open areas you can shape the path that the enemy will have to take to get to the sheep. Upgrade towers to make them stronger. If a sheep has been captured, the enemy has to escape with the sheep. You still have some time to take the enemy down.
There are seven different towers you can build. Each tower has its own strengths and weaknesses. Build small cannons for early defense. Small cannons are cheap to build but not very effective. Build the gattling gun to fight off stronger enemies. The gattling gun is more effective against all kinds of enemies. The rocket launcher does great damage to larger units and bosses. The fastest enemies can be stopped best using the laser tower. To make all towers more effective, use the slowdown tower to stall enemies. The flame thrower can be used against large enemy groups. Finally, you can use the big gun, which is slow but incredibly powerful and can target almost the entire map.
Read Full Description
Save & Play Game Later
Images & Video 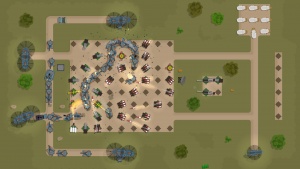 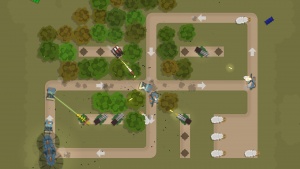