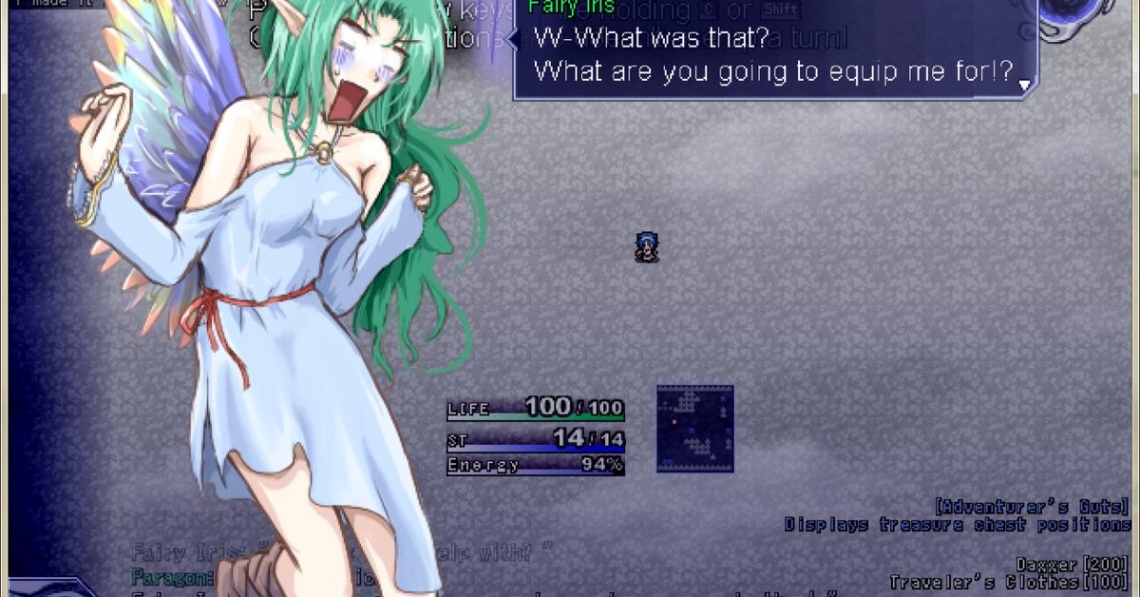 2d
anime
roguelike
rpg
Release: 2014
In One Way Heroics, you take on the role of an intrepid adventurer who must travel across the land and face the Demon Lord before a mysterious darkness engulfs everything.
Darkness always approaches from the left, and with each movement, attack and action you take, the darkness creeps ever closer. Forced to run right, you'll encounter any number of monsters, allies, thieves and shops on your desperate journey to stop the end of everything.

The good news is that you don't just have access to one world. You have access to all of them. Born with the mysterious power to travel to other dimensions, you can choose which dimension you wish to travel to in order to get to the Demon Lord.
Dimensions vary based on their name. One might be full of lush forest landscapes full of adorable animals and cunning thieves, while another might be full of corrupted hellscapes infested with demons. You might find likeminded heroes willing to journey with you, or you might meet no one and be forced to venture into the unknown alone.
Like a dimension you previously visited? Simply input the name at the Dimensional selection screen before you begin your journey. Want to try your luck with a random dimension? Type any word that pops into your head, and watch as One Way Heroics builds you a world based on the name you chose.
Infinite permutations. Infinite worlds. Infinite adventure.

Most journeys in One Way Heroics end in death, but it's not the end. Even if death means losing everything you've earned in your adventure, you still earn points, depending on your performance, that you can use as currency to purchase all manner of upgrades, from new skills to new classes.
The world of One Way Heroics unfolds and expands as you play. The more you put in, the more you get out of it.

One Way Heroics does not require an internet connection, but being connected will add all new features that only serve to enhance the experience. Every time you enter a new dimension, you'll have constant access to a live leaderboard that documents the trials and tribulations of all the heroes trying their hand at the same dimension.
Every time your journey ends, you can use the in-game interface to quickly post about your untimely demise on Twitter. In just a few clicks you can warn your friends about the golem that killed you, and be right back in the game getting your revenge.

FIGHT FOR THE GLORY OF THE MULTIVERSE!

When you first begin playing, you will only be able to access two classes, each skilled in a different combat discipline, changing how you approach every encounter.

The swordsman/swordswoman is the perfect offensive melee class built around the principle that every problem can be solved by hitting it hard enough. They specialize in attacking individual enemies for considerable damage. In a pinch, they can enter a "Berserk" state, turning them into an unbeatable force.

Having sworn an oath to defend and protect the weak, the Knights have devoted their lives to improving their defensive capabilities. Still quite capable at wounding their foes, Knights are trained to endure. Using their Great Wall ability, Knights can greatly reduce incoming damage, making it easier to take on considerably stronger enemies.

As you play the game, you will earn points based on your performance to unlock more classes, new skills, and new ways to conquer the ever-looming Darkness. You will even earn points if die. Defeat is not the end. It is only the beginning.
One Way Heroics Class
One Way Heroics' classes each offer a refreshing new way to play the game. Unlock new skills like improved swimming and lockpicking. Hundreds of options are open to you and it's up to you to choose the one that fits your playstyle.

One Way Heroics was developed using the Wolf RPG Editor, built from the ground up by developer Smoking WOLF himself. Wolf RPG Editor, heralded for its ease of use and wide functionality, was also used in the development of a number of other titles, including freeware indie horror game Mad Father.
Wolf RPG Editor is free to download and use, but is currently only available in Japanese.
Read Full Description
Get This Game 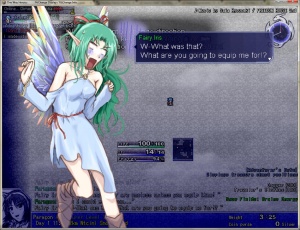 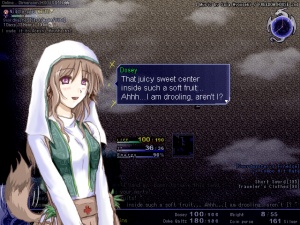