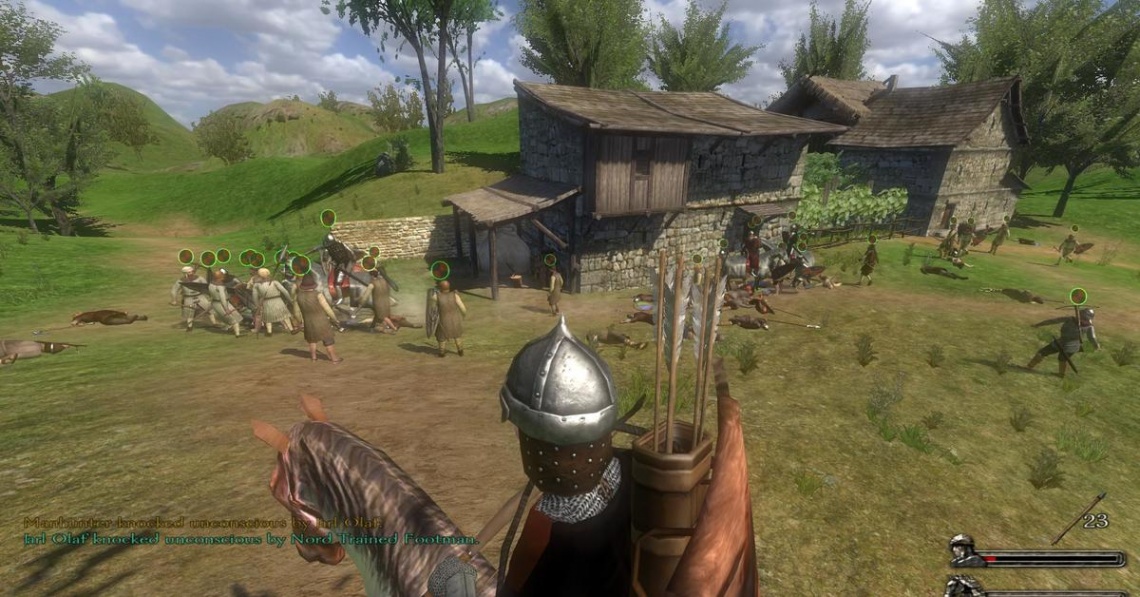 Master your mounted and on foot combat skills, choosing from a vast arsenal of medieval weaponry including polearms, axes, swords, bows and many more. Serve as a vassal under a powerful king, or raise your own armies and compete for domination of Calradia.

Engage in combat against a variety of kingdoms, factions, and rogue warriors - both on foot and horseback.
Use one of the most sophisticated and yet intuitive sword-fighting systems ever devised. Fight on foot or on horseback in epic battles.
Seek adventure alone, or engage enemies with your army. You and your companions will grow in strength and intelligence as you gain more and more experience and skills, discovering the plains of Calradia.
Conquer castles, tax villagers, and expand your domain in your bid for the throne of Calradia. Enlist the help of lords, commoners, and heroes - each with their own unique personality traits and shifting allegiances.
Mount&Blade's sophisticated AI adapts to your field tactics, as well as individual assaults: armies try to block up your troops with counter-formations, and individual attacks are met with cunning defenses and skillful counter-offensives.
Carry your adventure to the future with the Mount&Blade space mod, exploring alien worlds with light-sabers instead of Mount&Blade's default medieval Earth setting. Over a hundred other community built mods with new environments and weapons means that Mount&Blade never gets old!
Read Full Description
Save & Play Game Later
Images & Video 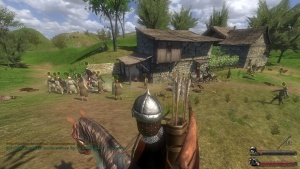 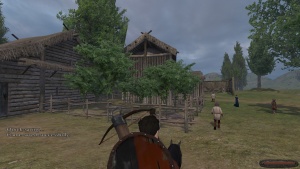