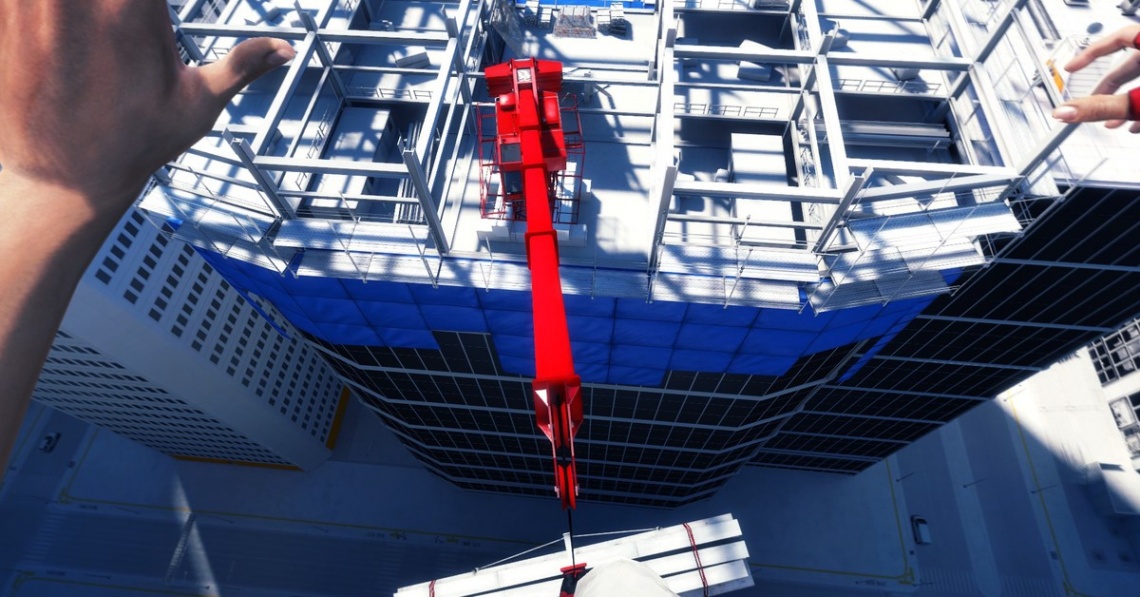 action
adventure
fps
platform
sci-fi
single player
parkour
Release: 2009
In Mirror's Edge, the player controls the protagonist, Faith, from a first-person perspective as she is challenged to navigate across a gleaming city by jumping between rooftops, running across walls, and gaining access to buildings through ventilation shafts. This is accomplished by use of techniques and movements inspired by the discipline of parkour. According to senior producer Owen O'Brien, Mirror's Edge aims to "convey [...] strain and physical contact with the environment", with the goal of allowing a freedom of movement previously unseen in the first-person genre. In order to achieve this, camera movement pays more attention to character movement. For example, as Faith's speed builds up while running, the rate at which the camera bobs up and down increases as well. When a roll is executed, the camera spins with the character. Faith's arms, legs, and torso are prominent and their visibility is used to convey movement and momentum. The character's arms pump and the length of her steps increase with her gait, and her legs cycle and arms flail during long jumps.
In gameplay, the character's momentum becomes an asset. The player must attempt to conserve it through fluidity of physical actions, encouraging the creation of chains of moves. If Faith does not have the momentum required to traverse an object, she will fall off or short of it. Controls are simplified by being context-sensitive; the "upwards movement" button will cause Faith to traverse an obstacle by passing over it (i.e., by jumping, vaulting, climbing, or grabbing set pieces like zip-lines) while the "downwards movement" button will cause her to perform other manoeuvres like sliding, rolling, or crouching. To assist the player in creating these chains of moves, the game employs a system called "Runner Vision", which emphasizes environmental pieces useful for progression. Certain pipes, ramps, and doors are highlighted in red as Faith approaches, allowing the player to instantly recognize paths and escape routes. Further along in the game, the number of these visual hints is reduced to only the end goal, and the player can opt to turn off this hint system entirely. It is also used to create puzzles in which the player must figure out how to combine the highlighted set pieces into a chain of moves in order to reach the target. Another means of assistance to the player is a system called "Reaction Time", a form of bullet time activated by the player, slowing down time and allowing the player to plan and time their next move without losing momentum or tactical advantage.
The player character can hold weapons, but O'Brien stressed that "this is an action adventure. We're not positioning this as a shooter – the focus isn't on the gun, it's on the person." Gameplay in Mirror's Edge focuses on finding the best route through the game's environments while combat takes a secondary role. Completing the game without shooting a single enemy unlocks an achievement for the player. Consequently, guns may be obtained by disarming an enemy, but when the magazine is empty, it will need to be discarded. Additionally, carrying a weapon slows Faith down; the heavier the gun, the more it hinders her movement. This introduces an element of strategy in determining when to trade agility for short-term firepower.
Along with the campaign mode, Mirror's Edge features a time attack mode, where the player must try to complete one of a set of special maps in the shortest amount of time. Best times can be uploaded to online leaderboards, where players can also download ghosts of other players to compete against. The maps are unlocked by playing through the campaign mode. According to producer Tom Ferrer, the time trial portions of Mirror's Edge are "bite-sized and short so you can grind them and play them and get faster and faster. It's not like playing an entire level."
The mobile phone port includes many parkour moves from the PC and console versions, however, the perspective is shifted from first person to third person. The game does not feature cutscenes, and the plot is explained with scrolling text in between levels. The iOS version has since been removed from the app store due to problems with the game on iOS 8.


This article uses material from the Wikipedia article Mirror's Edge, https://en.wikipedia.org/wiki/Mirror%27s_Edge, which is released under the Creative Commons Attribution-Share-Alike License 3.0, https://creativecommons.org/licenses/by-sa/3.0/.
Read Full Description
Get This Game 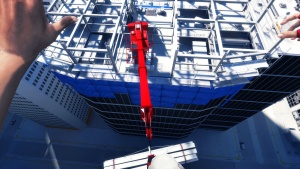 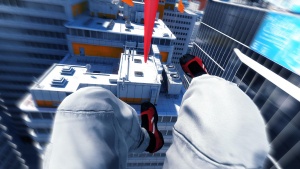