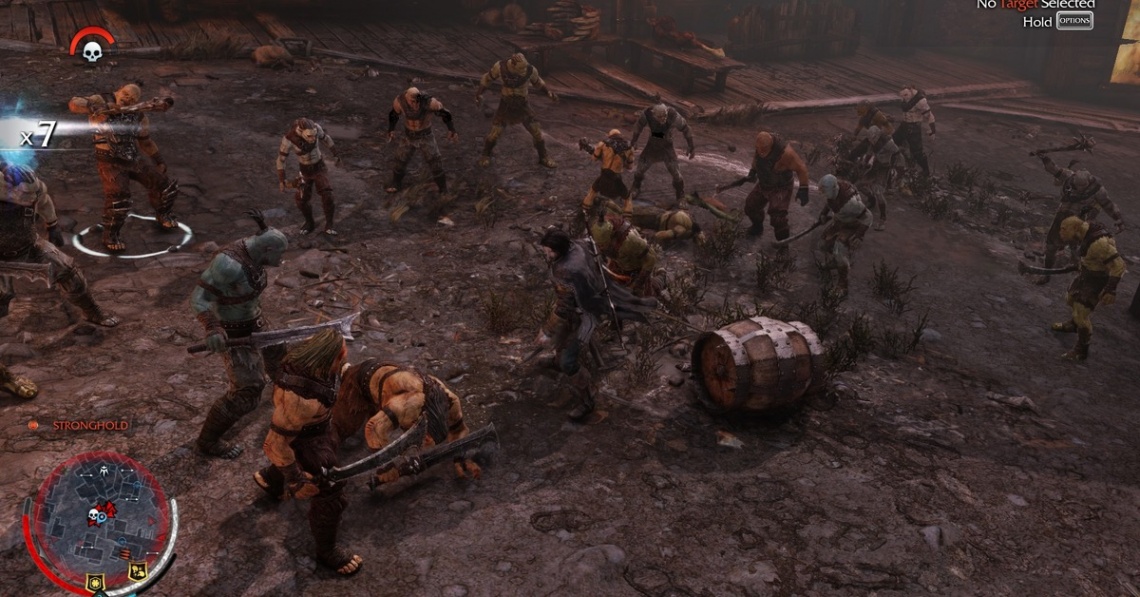 action
adventure
rpg
Release: 2014
Middle-earth: Shadow of Mordor is a third-person open world action role-playing video game, where the player controls a ranger by the name of Talion who seeks revenge on the forces of Sauron after his family, including his wife, are killed. Players can travel across locations in the game through parkour, riding monsters, or accessing Forge Towers, which serve as fast travel points. Though Talion is mortally felled in the game's introduction, the wraith of the Elven Lord Celebrimbor is able to use his power to keep Talion alive, along with gifting him wraith-like abilities to exact his revenge. Missions in the game feature main story missions that follow Talion's quest for revenge, side missions that involve following Gollum as to find artifacts that are tied to Celebrimbor's past, missions to free the human slaves that have been captured by the Uruk armies and forced to work for Sauron, and additional quests to help forge new abilities for Talion's sword, bow, and dagger. The player also has the freedom to pursue side quests and roam around Mordor, with special activities to collect specific flora or to hunt certain creatures, or to find old artifacts or Elvish seals. Completing quests earns the player a number of rewards: experience points that are used to unlock new abilities for the player from both Talion's ranger and Celebrimbor's wraith skills, a Power value that allows the player to access more powerful abilities to unlock, and an in-game currency called "Mirian" that the player can use to improve Talion's health, wraith skill capacity, or forge new slots on his weapons to add additional runes (as described in the Nemesis System below).
In completing missions, the player can have Talion engage in melee, ranged combat, and stealth approaches, with some missions rewarding the player more for completing the mission in a specific manner. Talion's ranger abilities are enhanced through Celebrimbor, allowing the player to mix combat with special focus-based attacks; these latter attacks can be used to slow time down while aiming with the bow, drain focus out of an enemy foe, or, later in the game, brand the foe to become an ally of Talion. The combat system uses an attack-chain system that enables the player to perform special moves after building the chain to a large enough value, such as instantly draining a foe of focus or performing an area focus attack. With the combat system, they can also counter and dodge attacks. Stealth is a critical element in some missions; several areas are considered Strongholds and should Talion's presence be discovered, an alarm will sound and more Uruks will arrive to try to kill him. 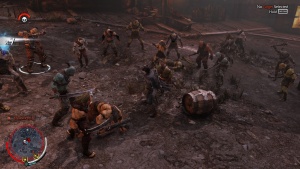 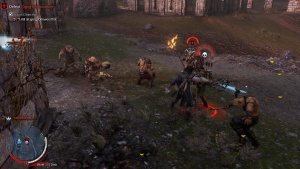