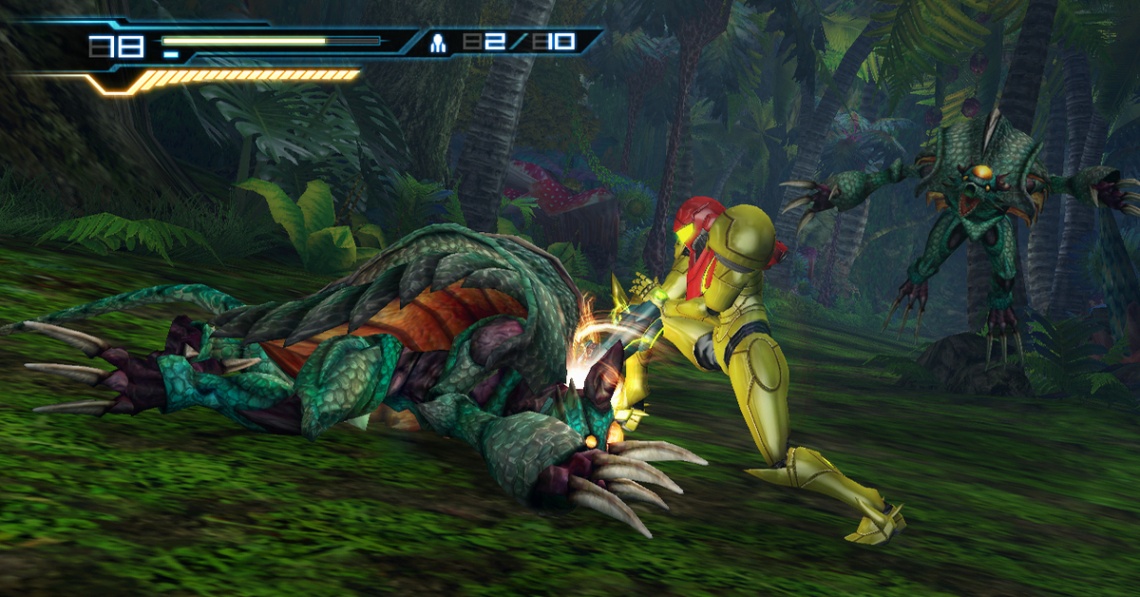 action
adventure
single player
strategy
third person
Release: 2010
Metroid: Other M is an action-adventure game with three-dimensional graphics. Players take control of series protagonist Samus Aran, a bounty hunter who investigates a derelict space station, known as the Bottle Ship. The gameplay revolves around solving puzzles to uncover secrets, platform jumping, and shooting enemies. The game unfolds in a linear manner, and the in-game map highlights the next objective.
The regular gameplay features a third-person perspective, where players hold the Wii Remote horizontally. Samus can jump, fire the arm cannon, and turn into a morph ball, which can roll into narrow passages and drop energy bombs. While gameplay is similar to early Metroid titles, the game's environments are three-dimensional and movement is not limited to a two-dimensional plane. When the Wii Remote is pointed towards the screen, the angle switches into a first-person perspective, where players can lock onto targets and fire missiles; however, players cannot move in this perspective. There are several instances where players will have to constantly switch between play modes; for example, fighting off a horde of flying enemies in third person, while switching to first person to destroy their spawn points.Additionally, the first-person mode is also used in exploration, such as locating hidden items. 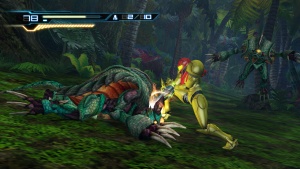 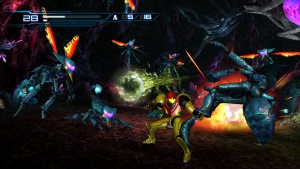