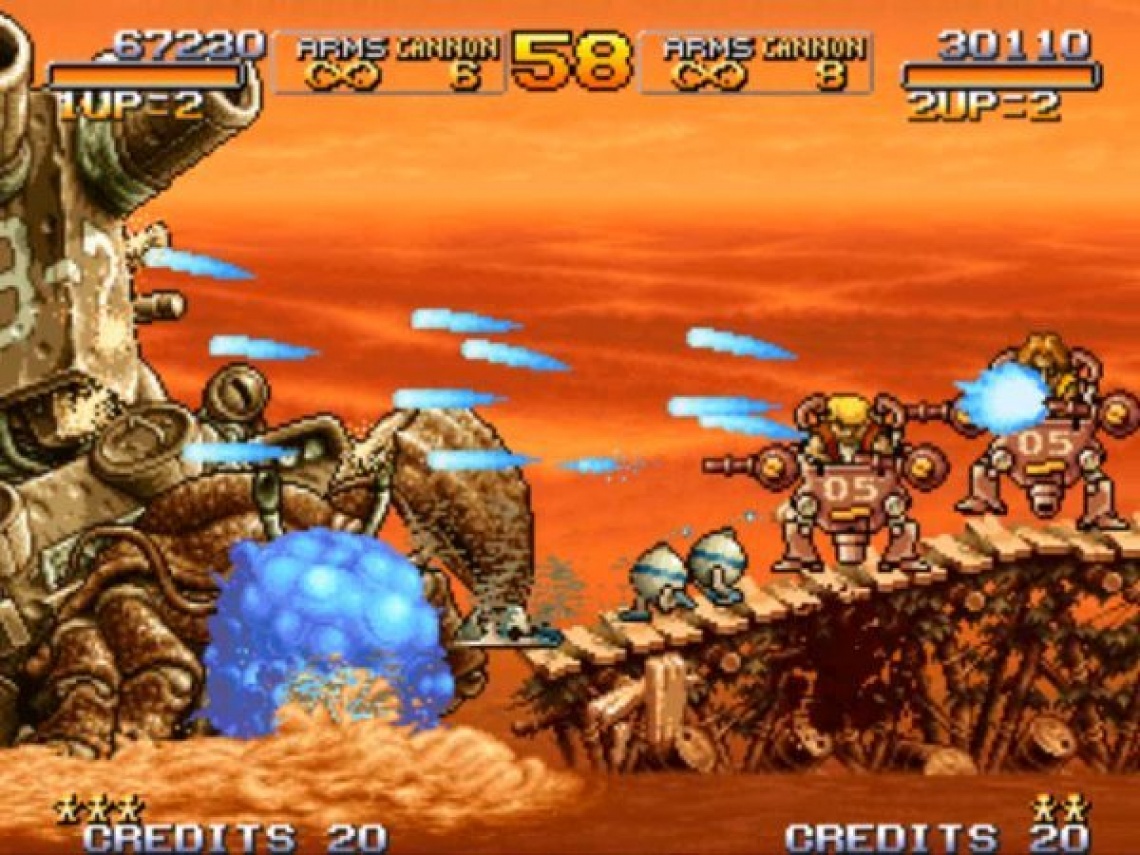 action
Release: 2014
The gameplay mechanics are the same as in previous Metal Slug games; the player(s) must shoot constantly at a continual stream of enemies in order to reach the end of each level. At this point, the player confronts a boss, who is usually considerably larger and tougher than regular enemies. On the way through each level, the player can find numerous weapon upgrades and "Metal Slug" tanks. The tank is known as the SV-001 ("SV" stands for Super Vehicle), which not only increases the player's offense, but considerably adds to their defense.
In addition to shooting, the player can also perform melee attacks by using a knife and/or kicking. The player does not die simply by coming into contact with enemies, and correspondingly, many of the enemy troops also have melee attacks. Much of the game's scenery is also destructible, and occasionally, this reveals extra items or power-ups, although most of the time it simply results in collateral damage.
During the course of a level, the player also encounters POWs, who, if freed, offer the player bonuses in the form of random items or weapons. At the end of each level, the player receives a scoring bonus based on the number of freed POWs. If the player dies before the end of the level, the tally of freed POWs reverts to zero. 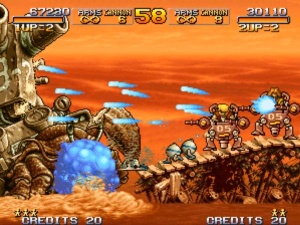 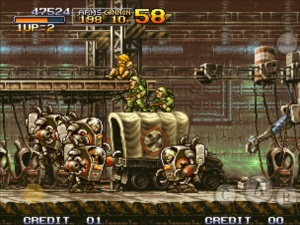