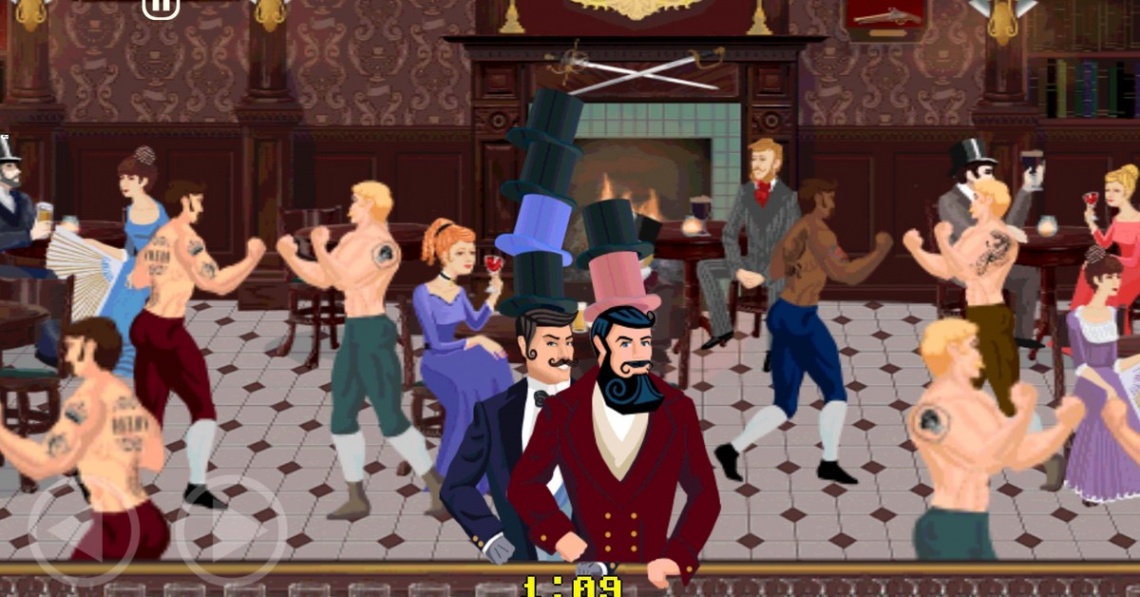 Max Gentlemen came from the longstanding and misguided desire to parody sexism at gaming conventions by making a game worthy of having it’s very own booth beef. Max Gentlemen was first thought up as an afterthought to a spam email, for penis pills. We never read that email; instead we dreamt up the world of Max Gentlemen; A world of extreme victorian gents.

Max Gentlemen was a much larger game more akin to some sort of action-dating-sim. It was stupid. We dropped it. Then along came a Game Jam to make a drinking-themed game in one month for an arcade cabinet. We ran with one of our various mini-game ideas. The resulting game was met with much praise.

We brought the game to PAX East on a tiny arcade cabinet and once again, to our surprise, people loved it. They wanted to buy it. We decided we needed to give it our full attention. I thought it would take a month or two.

Many months later we ran a Kickstarter and raised 2,469% of our modest $500 goal. Sadly we did not reach our strech goal to make Max Gentlemen into a Victorian Style MMO. However, We did learn that the indie game body pillow market is a vast blue ocean of opportunity.

In the next few months we built a custom arcade cabinet and brought the game back to PAX East to showcase in the Indie Megabooth. Everyone there had a blast and reaffirmed our wavering spirits. The game was taking much longer than anticipated but had also grown into a handsome steroid-charged flower.

Now, Max Gentlemen is available to you. Free. (Unless it’s not out yet and you are reading this page early.)

Hat stacking old timey arcade action?
Over 39 collectable hats
Cross-platform local multiplayer between mobile and desktop platforms
A variety of levels, characters and modes
Leaderboards or something…
Read Full Description
Get This Game 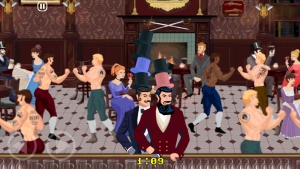 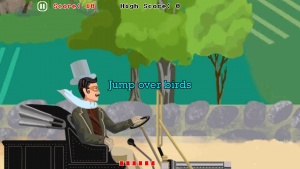