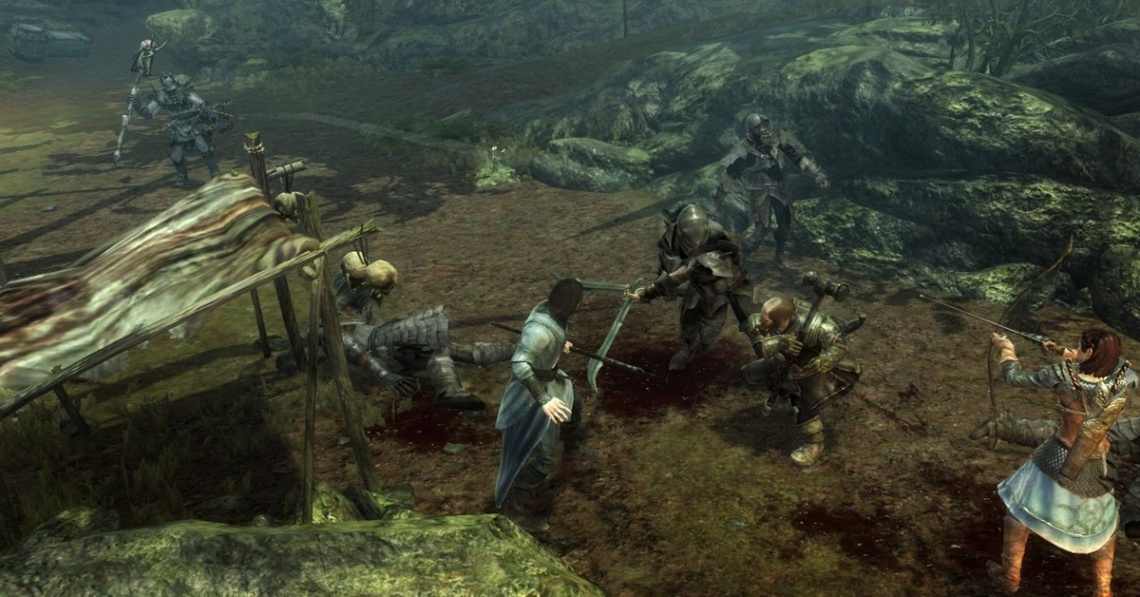 Lord of the Rings: War in the North

action
adventure
fantasy
hack and slash
multiplayer
open world
rpg
single player
strategy
third person
Release: 2011
War in the North is an action role-playing hack and slash game played from a third-person perspective. The game features three playable characters; Eradan (a Ranger), Farin (a Dwarf) and Andriel (an Elf). When the player begins any level they must choose one of the three to control. However, they can switch at the end of each level, or by loading a previously saved game and selecting a different character. Each character has its own weaponry and abilities. Eradan uses the following combinations of arms: bow, a two-handed sword, a sword and shield or two single-handed weapons. His skill set is built around stealth.[4][5] His abilities allow him to follow the tracks of other Rangers to secret stashes of items and weapons.[6] Farin uses two-handed heavy weapons such as axes, a single-handed weapon and a shield, or a crossbow. His skills are built around melee combat.[7][8] He has the ability to detect fissures and weakness in walls and rocks, smashing them open to find money, items and gems.[6] Andriel uses a staff and a shield, or a staff and a single-handed weapon. Her staff also serves as her long-range weapon. Her skills are built around offensive and defensive spell casting.[8][9] She can also create potions from alchemy ingredients collected in the field, and her special ability allows her to find secret passages marked with hidden elven glyphs.[6]
All characters have a light and a heavy attack, and all three can roll, block and sprint.[10] Players can also perform critical strikes; when a yellow indicator appears over the head of an enemy a heavy attack will produce a critical strike, which are extra-strong attacks that often kills the enemy with a single hit.[11] During a single-player game, players may issue orders to their AI companions; ordering them to either seek out enemies and attack, or stay near the player character and defend. Players may also revive fallen allies; if the player character dies, the player must wait to be revived by an AI ally.[12] Another aspect of combat is the player's ability to summon a Great Eagle to aid them. The eagle can target a single foe for a large amount of damage. However, the player is limited in the number of times they can summon him, and he can be summoned only when the player is in an outdoors location.[13]
The game also features online co-op gameplay for up to three players, each controlling one character. When playing in co-op mode, players can swap items between one another, and each player can find secrets unique to his or her character, meaning all of a level's secrets can be found in a single play-through, which they can't in single-player mode.[14] Also in multiplayer, when all three player controlled characters are fighting a strong enemy, they can build up a combo chain. When the chain is sufficiently long, the players enter "Hero Mode," which results in much stronger attacks.[15] To build up the combo chain, the player must continuously land successful attacks without being hit. Single-player games also include a hero mode, although it is limited to the player-character; the AI allies do not enter hero mode.[16]
Characters gain experience by defeating enemies and completing quests. A character will level up when enough experience points have been gained. Once a character has leveled up, they get three points to spend on their stats (strength, will, stamina and dexterity), and one skill point to use in their skill tree. Players' skills are attached to their melee weapon, their long range weapon and their defensive stance; i.e. some skills are only available during melee combat, some during long-range combat and some when the player is blocking.[17]
The game features two unlockable difficulty modes. When the player first plays the game, they can play on either "easy" or "normal." Once normal has been defeated, "Heroic" mode is unlocked. If this mode is defeated, "Legendary" mode becomes available. Playing through harder difficulties takes the form of a New Game Plus; the characters keep equipment, money, updated stats and unlocked skills from all previous playthroughs.[18]

This article uses material from the Wikipedia article The Lord of the Rings: War in the North, https://en.wikipedia.org/wiki/The_Lord_of_the_Rings:_War_in_the_North, which is released under the Creative Commons Attribution-Share-Alike License 3.0, https://creativecommons.org/licenses/by-sa/3.0/.
Read Full Description
Get This Game 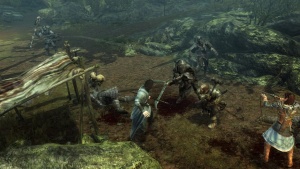 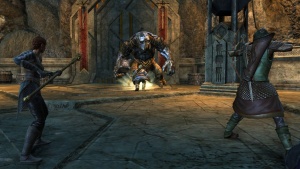