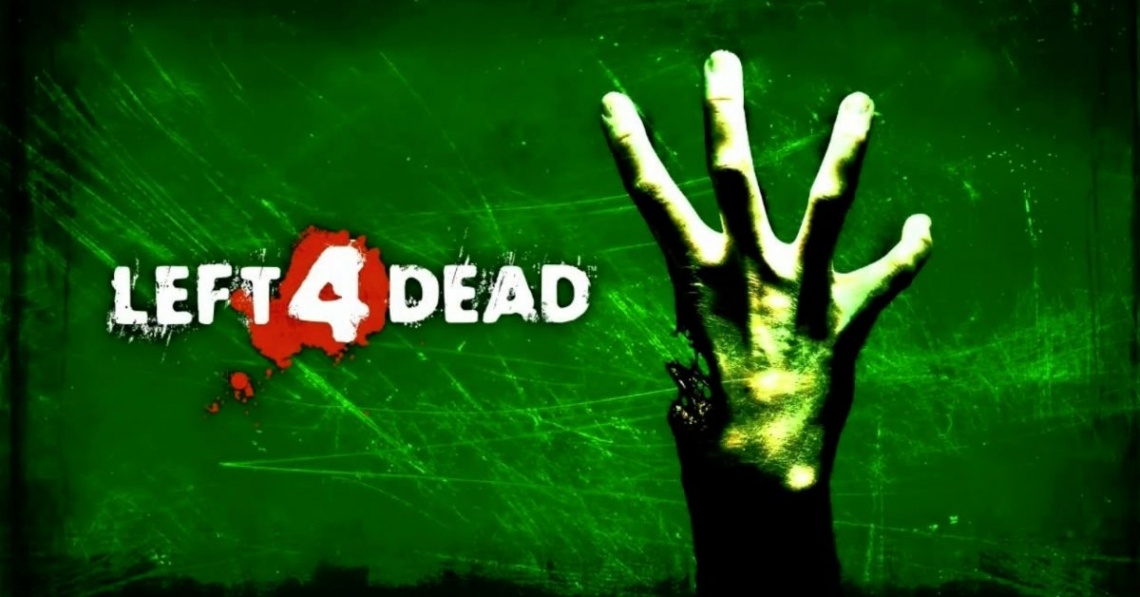 action
adventure
apocalyptic
fps
horror
multiplayer
shooter
single player
survival
zombies
team based
Release: 2008
Left 4 Dead is a first-person shooter in which the player takes control of one of four survivors; if human players are not available, then the remaining survivors are AI-controlled bots. They play through the levels fighting off the infected—living humans who have been infected with a rabies-like virus that causes psychosis. Although the survivors are carriers of the disease they do not show signs of any symptoms.
The game focuses on cooperation and teamwork and thus eschews some "realism" conventions usual in most FPS games of the wider genre; colored outlines of teammates are visible through walls to help players stick together and coordinate their movement. If a survivor falls off a ledge, then they may automatically hang onto it and can only be helped up by another survivor. If a survivor's health is depleted, then they become incapacitated and can only be revived by another survivor, at which point they continue playing with a low amount of health that decreases over time. If a survivor has been incapacitated and revived twice without tending to their wounds, then they will experience distorted black-and-white vision, and the next incapacitation will kill the character. If a survivor takes enough damage while incapacitated, or is not eventually helped up by teammates, then the incapacitated character will die. During "Campaign" mode, if a survivor is killed, then they will respawn in a closet or other enclosed space after a period of time (except during key points in the scenario), but must be freed by another survivor to rejoin the team. Otherwise, the player must wait until the next level. However, if all human player survivors are killed or incapacitated, players will have to restart from the last checkpoint. Survivors can share first-aid kits and pain pills and help each other heal. Left 4 Dead has friendly fire (which causes no damage on the easy difficulty mode), increasing the need for caution around other survivors.
The survivors communicate by voice commands that are accessed by quick menus, and some may sound off automatically when performing actions such as reloading or spotting infected. Over 1,000 unique lines have been recorded for each survivor. Additional communication of player actions is conveyed through character lights. Also, weapon-mounted flashlights and muzzle flashes help the players in determining whether their companions are shooting, performing melee attacks, reloading or moving. Due to control issues and the likelihood of players using a headset, the Xbox 360 version of Left 4 Dead omits the quick phrases feature.
The game is experienced through five campaigns that take place in various urban and rural locales. Multiple visual in-game hints—including license plates, park signs, markings on airport equipment, and lines of dialogue spoken by the survivors—suggest that these locations are in Pennsylvania, and similarly a memorial wall giving names of those who have died in the infection (actually names of the game's development team) along with their dates of birth and death suggests that the game takes place in October 2009. Each campaign is divided into five chapters (except Crash Course, which has two chapters) marked by safe rooms, which are checkpoints where players can heal, re-arm and revive characters who were killed. Specifically, the four campaigns are: "No Mercy", an urban setting culminating in a hospital skyscraper; "Death Toll", a small-town and countryside setting; "Dead Air", an airport setting; and "Blood Harvest", a woodland and farm setting. A two-level campaign, "Crash Course", was released on September 29, and is set in the outskirts of a small industrial town. The levels have distinct beginnings and ends, but there are a number of alternate routes to follow with more supplies, helping to create a sense of non-linearity. In the final chapter of each campaign, the players must defend a position from an onslaught of infected until rescue arrives. Each campaign typically lasts between 20 and 75 minutes depending on the difficulty level. Both platform versions of the game utilize an achievement system.


This article uses material from the Wikipedia article Left 4 Dead, https://en.wikipedia.org/wiki/Left_4_Dead, which is released under the Creative Commons Attribution-Share-Alike License 3.0, https://creativecommons.org/licenses/by-sa/3.0/.
Read Full Description
Get This Game 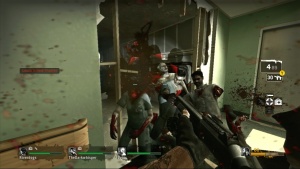 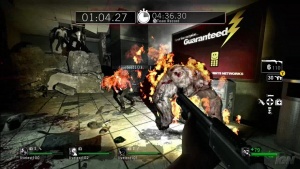 Zombie Army Trilogy
Recommended for you

RWBY: Grimm Eclipse
Recommended for you

Legacy of Discord-FuriousWings
Recommended for you

Legendary: Game of Heroes
Recommended for you
Browse Games