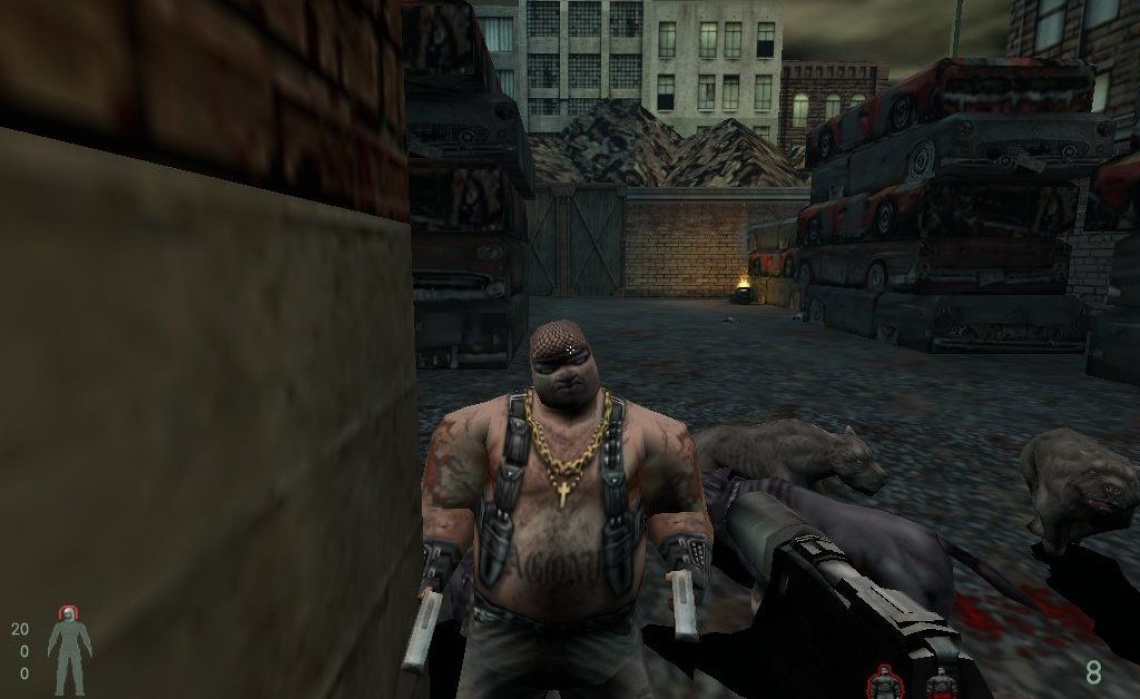 action
fps
Release: 1999
Gameplay in Kingpin was most noted for its profanity laden dialog and its graphic depiction of violence. An idea incorporated into the game was that of area-specific damage: a shot to the head deals more damage than a shot on the leg. To complement this, each game character also has a deformable skin, which indicates where and how badly the character had been injured. Injured characters also bleed, and leave a blood trail making it easier to follow them. Instead of having a universal armor value for the player, armor is split into three different types, helmet, body armor and leggings, with separate values for each one.
Another innovative feature of the game is the use of weapon modifications. Various mods can be used to upgrade the weapons in the game. The pistol, for example, can be modified to increase its firepower, or its rate of fire, among other things.
Kingpin also features heavy NPC interaction for a first-person shooter; the player can interact with NPCs and choose between positive or negative responses. This can lead to various outcomes such as gleaning new information, hiring gang members, or provoking an enemy into attacking. The NPC response to the player also takes into account whether the player's gun is holstered or not. Some areas, such as bars and clubs, which acted as hubs for the chapters, force the player to lower his weapon. The player can also hire gang members to join him, and in some cases this is necessary as the player would need an AI character's specific skill.
Another new feature is the introduction of cash. Fallen enemies can be searched for cash, which can then be used to purchase weapons and ammunition at the Pawn-O-Matic, a shop found in every chapter, except in chapter five. Cash can also be used to hire gang members. 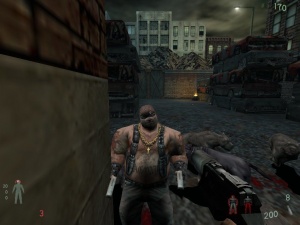 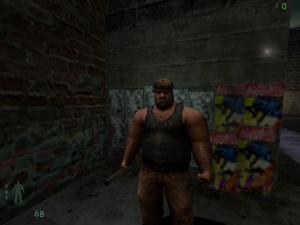