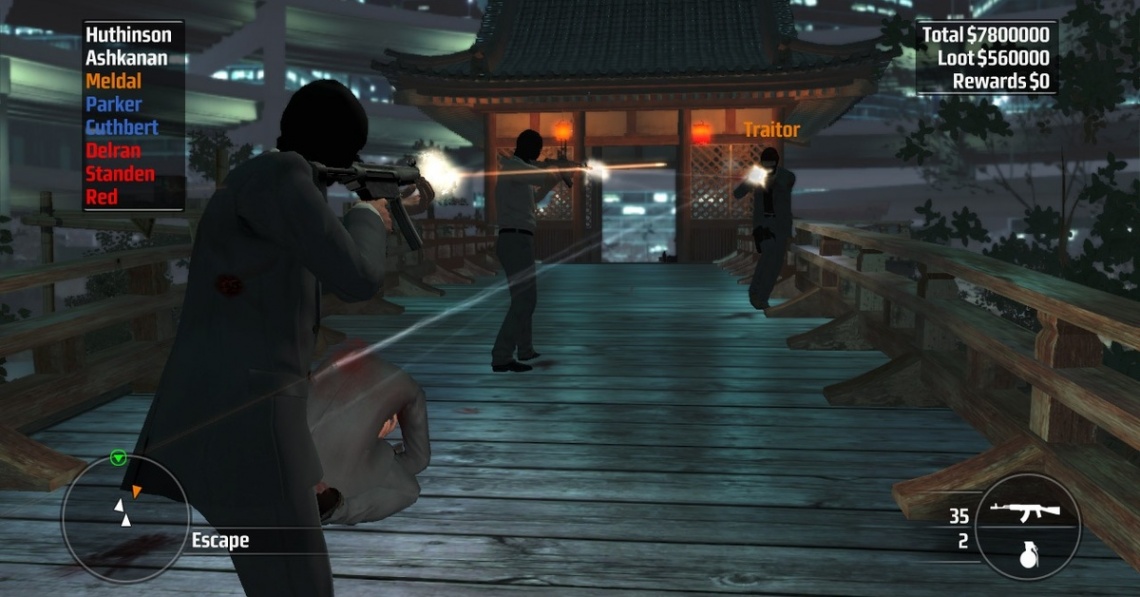 action
multiplayer
tps
Release: 2007
In campaign mode the player controls Kane. The player is accompanied by Lynch, and sometimes other hired mercenaries. Co-op mode is available, in which the second player controls Lynch. Though almost identical to Kane's style of gameplay, Lynch has short bursts of aggression in which he hallucinates nearly all AI characters are police, some sporting an animal's head. Lynch carries a shotgun and a revolver as side arm, while Kane carries an assault rifle and standard pistol, though it is possible to swap weapons. Additional weapons such as grenades, sniper rifles and carbines can be picked up, which can be swapped between allies. The player can take cover by standing next to a wall, and can blindfire. While having hired mercenaries, the player can issue orders such as follow, move to a specific position, or attack.
Fragile Alliance[edit]
Fragile Alliance is the game's online multiplayer mode, which consists of four maps: Hot Coffee, Late Night Opening, Withdrawal and A Walk In The Park. A free-to-download map pack released on PlayStation Network and Xbox Live provides four additional maps. The goal is to finish a several round match with the most money. Each round begins with all of the players as armed, balaclava-clad robbers. Money can be used to buy better firearms and armor. Resistance is met in the form of armed AI controlled security guards and/or police officers. A player's money acts as a shield, but will quickly be dropped on the ground as the player is injured. To escape the level, a player must survive to meet a getaway vehicle. All players who survive without turning on their allies will split stolen money evenly.
On the Xbox 360 and PC versions, a player's appearance in the game is influenced by their TrueSkill rank. Players who have reached TrueSkill rank #1 and #2 will play as Kane and Lynch, respectively. Unlike Kane and Lynch's campaign mode, players cannot sprint. If a player feels they have taken enough money to become a target for potential traitors, they can drop some of their money, becoming less of a scoring threat. 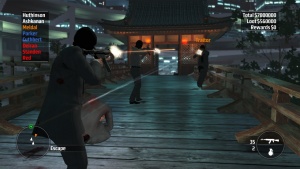 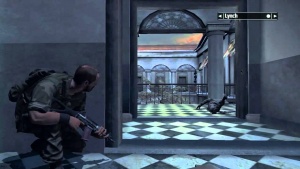