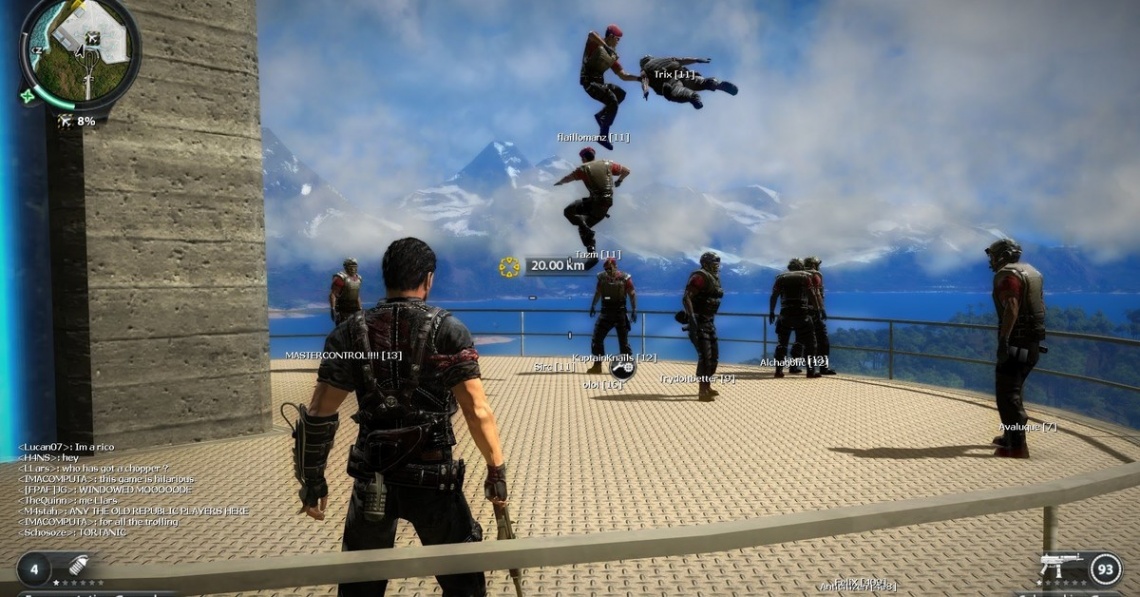 action
adventure
multiplayer
shooter
single player
third person
sandbox
Release: 2010
Just Cause 2 is a third-person action-adventure game in which players control Rico Rodriguez, a major operative of the Agency, in an effort to overthrow the island dictatorship of Panau: an open world for players to explore. The game has three types of missions. Agency missions advance the story and are the game's main campaign; faction missions task players to assist the game's three factions, and stronghold missions task players to infiltrate government bases and liberate them for the factions.[1] To advance through the campaign missions a player must earn chaos points, a progression system introduced in the game. Players earn chaos points for completing missions and destroying designated government property.[2] As the number of chaos points increases, the factions gain influence and the government begins to collapse. In addition to typical missions, Just Cause 2 has race challenges which give players cash.[3]
The game's open world is free for players to explore when they are not on missions. Panau is described as an area of about 1,000 square kilometres (390 sq mi). There are a variety of landscapes, including deserts, mountains and jungles, and over three hundred settlements.[2] The settlements contain government properties, which can be destroyed, and unlockables such as cash stashes and weapon, vehicle and armor parts.[3] Finding all the collectibles and destroying all the government properties will help players liberate a settlement and receive chaos points.[4] When players create chaos or enter restricted areas, they generate heat noticed by hostile government militants; the heat decreases when the player evades them.[3] The map is Rico's PDA, with points of interest including mission locations, settlements, military outposts, race challenges and the player's progress. Waypoints may be set on the PDA.[3]
Players can use a variety of weapons to fight enemies. The game features a large arsenal of weapons, from two-handed pistols to rocket launchers,[5] and a variety of sea, land and air vehicles. Players can drive them, jump on top of them or hide in front of them while they are moving[5] and hijack enemy vehicles, triggering a series of quick-time events.[6] Initially, the player must acquire weapons and vehicles in the field. Early in the game, they encounter a black market supplier from whom weapons and vehicles can be purchased (with optional delivery to the player's location by helicopter). As more chaos points are gained, additional weapons, vehicles and an extraction option become available on the black market. All black-market weapons and vehicles can be upgraded in steps with weapon and vehicle components in the game world; over 2,000 parts may be acquired.[7] Players use a beacon to access the market.[3]
Just Cause 2 includes a grappling hook enabling players to tether objects together. In a high-speed vehicle chase a player can use the grappling hook to attach the pursuit vehicle to the ground, forcing it to stop and often damaging it by flipping. Players can also tether two enemies together.[8] The grappling hook allows a player to pull himself, hold onto objects such as walls or helicopters and pull enemies towards Rico. The player has a parachute, which is always ready to be deployed even if it was already deployed moments earlier. This can be combined with the grappling hook as quick transport, with players "slingshooting" themselves into the air.[3][9]


This article uses material from the Wikipedia article Just Cause 2, https://en.wikipedia.org/wiki/Just_Cause_2, which is released under the Creative Commons Attribution-Share-Alike License 3.0, https://creativecommons.org/licenses/by-sa/3.0/.
Read Full Description
Get This Game 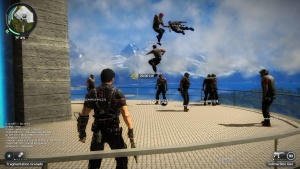 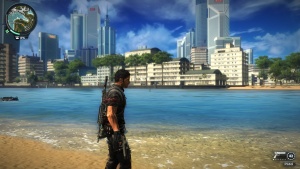