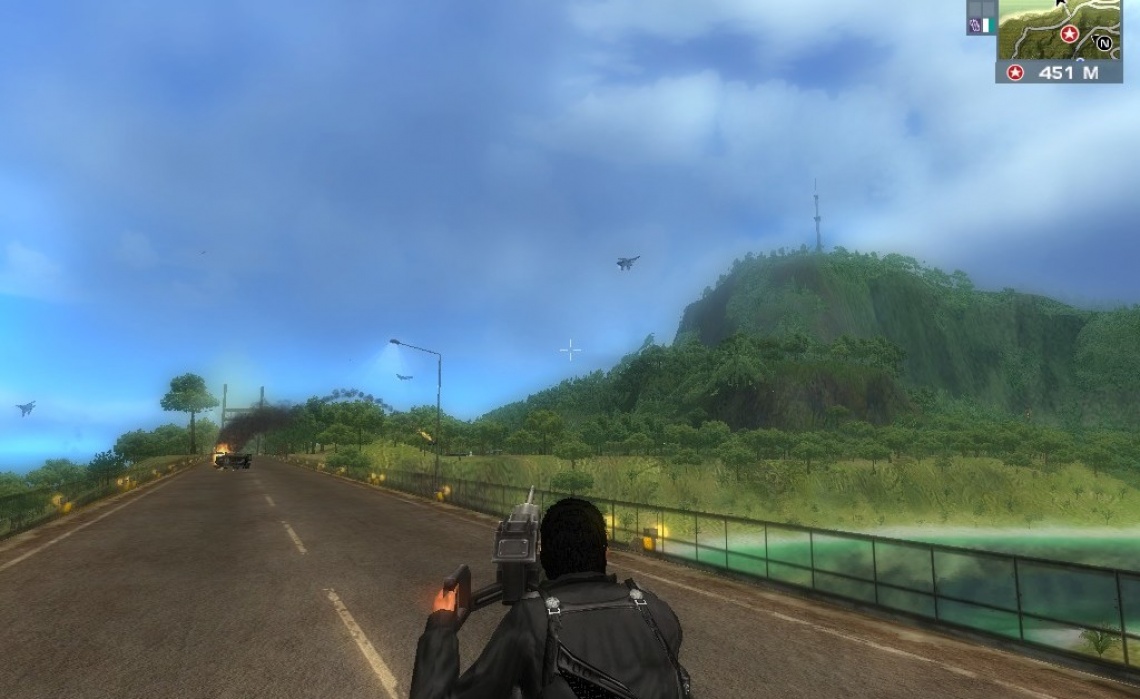 action
Release: 2006
The core gameplay consists of elements of a third-person shooter and a driving game, with a large, open world environment to move around in. On foot, the player's character is capable of walking, swimming, and jumping, as well as utilizing weapons and basic hand-to-hand combat. Players can take control of a variety of vehicles, including cars, boats, fixed wing aircraft, helicopters, and motorcycles. Players can also perform stunts with their cars in which they can stand on the roof and jump to another car, or choose to open their parachute while still in motion on the roof. Other key features of the game include skydiving, base jumping, and parasailing (by latching onto a moving car or boat while one's parachute is deployed).
The open, non-linear environment allows players to explore and choose how they wish to play the game. Although storyline missions are necessary to progress through the game, players can complete them at their own leisure. When not taking on a storyline mission, players can free-roam. However, doing so can attract unwanted and potentially fatal attention from the authorities.
The player can also partake in a variety of optional side missions, for example, liberating a village or taking over a drug cartel hideout. These are necessary to gain points with certain factions. 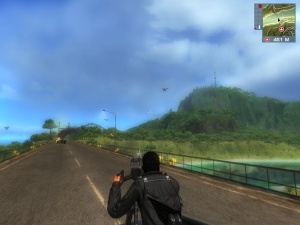 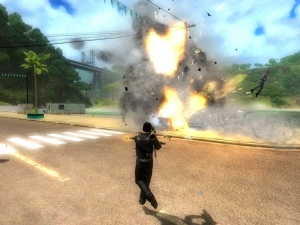