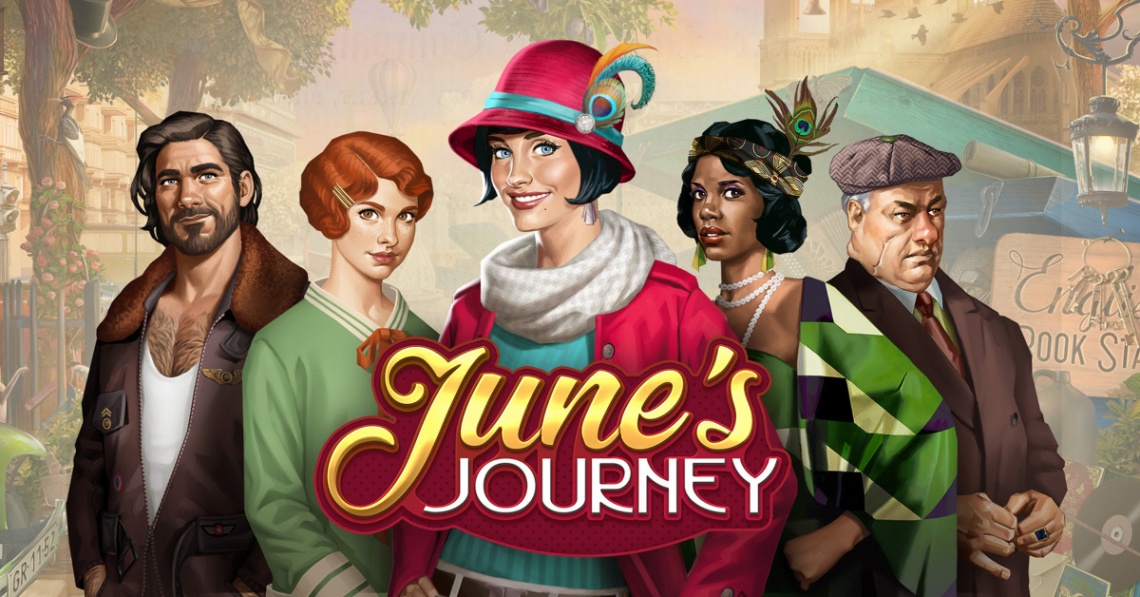 action
adventure
building
free to play
hidden object
mystery
puzzle
single player
Release: 2017
Discover June’s Journey, the brand new hidden object game from the makers of Pearl’s Peril. Find hidden clues and solve exciting puzzles across beautiful locations that draw you right into the heart of the mystery!
Surprises at every turn, stunning hand drawn scenes, and a cast of glamorous characters await you in a globetrotting story game. From the heart of 1920s America to the perfect style of Paris and beyond, enjoy a story unlike anything you’ve seen before.
With every new chapter, you’ll sink into a world of thrilling mystery and exciting drama in a story to take you around the world.
Take a break from the stresses of life, and dive into a mystery game like no other.

THRILLING PUZZLES – Hidden object scenes, jigsaw puzzles and loads of exciting modes. Which is your favourite?

TRAVEL THE WORLD – See some of the most beautiful places in the world, all lovingly hand captured from the 1920s

ALL-NEW EPISODES – Just like your favourite TV series, look forward to a new mystery in each new chapter

HUGE CAST – Lose yourself in the wild and wonderful characters of June's Journey, but watch your every step!

Opening with the mysterious disappearance of her sister, June must take her orphaned niece under her wing. Together, they get drawn into a mystery greater than anyone ever expected. Can you uncover the real secret behind June’s Journey?

Hidden Objects - Enchanted Kingdom: A Dark Seed
Recommended for you

Hidden Objects - Beyond: Star Descendant
Recommended for you

Can You Escape 2
Recommended for you