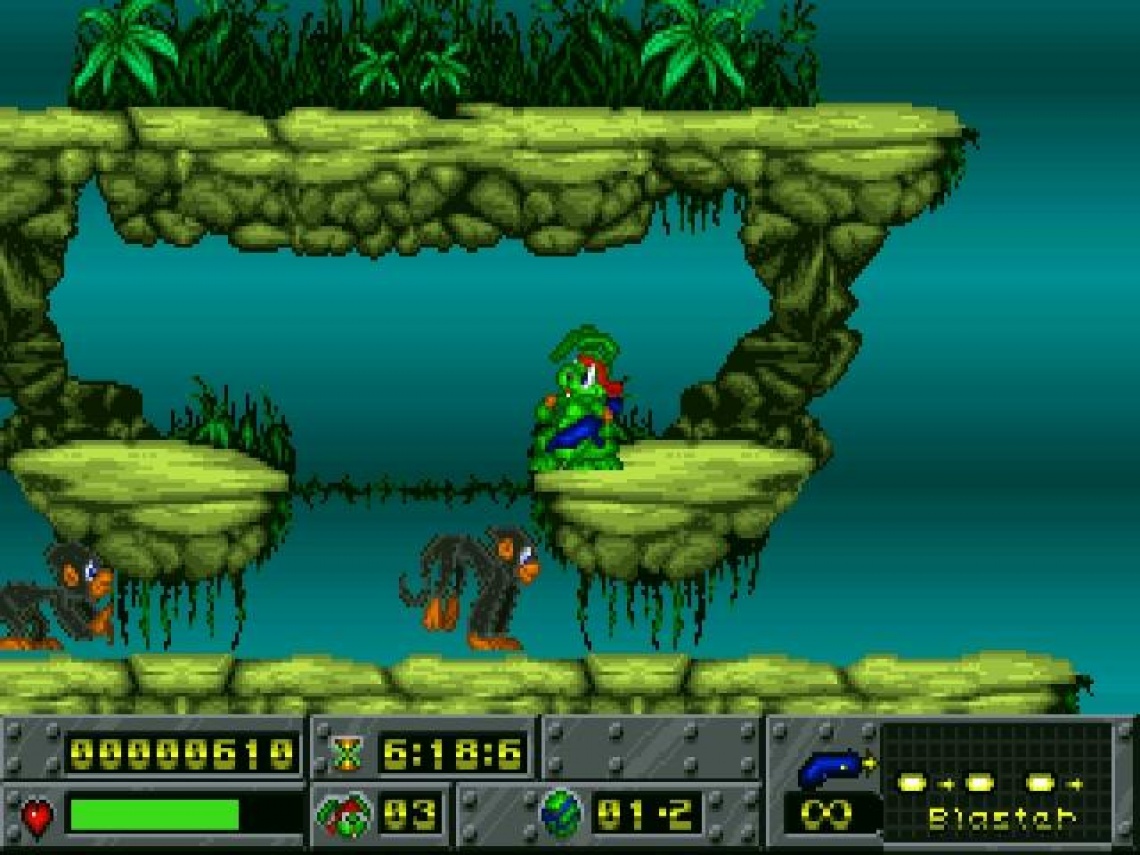 adventure
casual
single player
strategy
Release: 1994
The game is divided into six episodes. Each episode has three planets (worlds), with every planet itself consisting of two levels (some planets have an additional secret level). The final level of every episode features a boss that the player must deal with in order to complete the level. Episodes are tied by a single storyline usually progressing after each episode is finished.
Gameplay mechanics in Jazz are very similar to Zool's, with the exception of not being able to destroy the enemies by simply jumping at them (which was not added until the second game). Jazz will run faster and jump higher the longer he runs, avoiding chasms that might lead to harmful objects. Unlike other platform games, however, there are no abysses and every level bifurcates into subsections that might lead to valuable items (such as weapon pick-ups, score items, etc.) while the direction of general progression is hinted at with occasional arrows. Jazz has a life bar that changes in colour based on how much health Jazz has remaining. Jazz can withstand a limited number of hits (5 on Easy mode, 4 on Medium mode, 3 on Hard or Turbo mode) from harmful objects before losing a life; one hit's worth of health can be restored by picking up a carrot. Lives can also be accumulated to the maximum number of ten. When killed, Jazz starts from the level beginning or any checkpoint sign was reached and shot before.

This article uses material from the Wikipedia article Jazz Jackrabbit,
https://en.wikipedia.org/wiki/Jazz_Jackrabbit_(1994_video_game) which is released under the
Creative Commons Attribution-Share-Alike License 3.0,
https://creativecommons.org/licenses/by-sa/3.0/.
Read Full Description
Get This Game 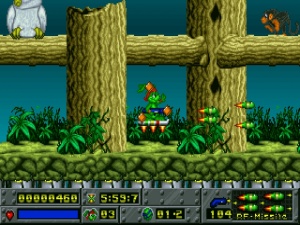 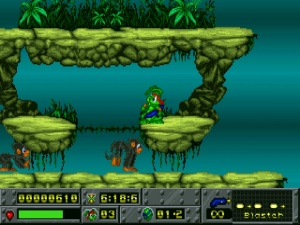