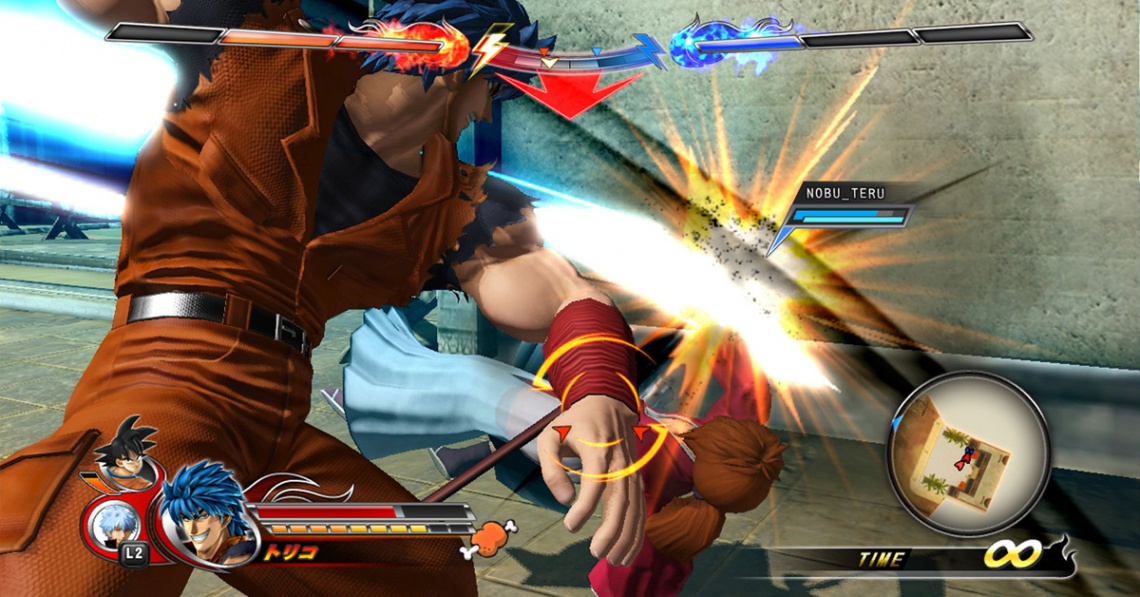 fighting
multiplayer
single player
strategy
Release: 2015
J-Stars Victory VS lets up to four players battle it out against one another using a gameplay and graphical style similar to those of Dragon Ball: Zenkai Battle Royale. Fighters can move and fight in all directions on a 3D battle field. Players should learn the lay of the land and formulate a battle plan with a character suited to it.
A defeated character comes back after a set amount of time passes. To win the battle, all three sections of the WIN gauge at the top of the screen have to be filled; the gauge fills one section each time an opponent is defeated. Fighters can use regular attacks, power attacks, area-based attacks, and finishing moves. Regular attacks are the main part of the battle, and all combos begin with them. Power attacks leave the user open, but they have a big impact if they connect and their power can be increased by charging them up. Area-based attacks allow to hit opponents over a wide area. By using different techniques, the player can lead his team to victory; learning each character's different power, range, and effects is the first step towards being unbeatable. 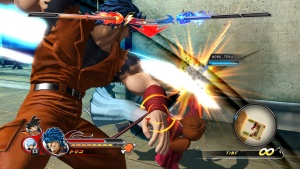 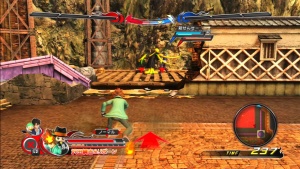