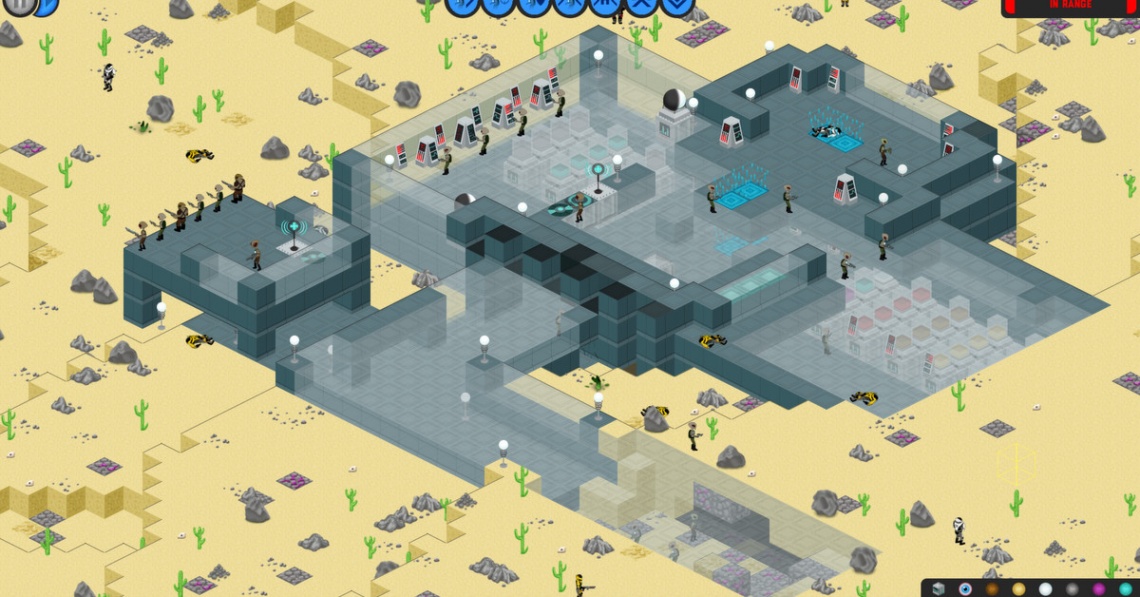 Isomer is an alphafunded isometric strategy game inspired by classic XCOM games, Dwarf Fortress and many other survival titles.

You play the role of the commander of an invading alien force, sent to a distant planet tasked with setting up a mining colony. You land with a dropship and a compliment of minions who will mine for resources, build fortifications and blast any unwitting humans who venture too close.

The only goals you have (apart from surviving) are the ones you set. How long will you survive? What will you find on each world? How large will you build your base and armies?

Build up your forces by trading resources for reinforcements with passing resupply ships and mutate your troops into specialist units from scouts to warriors. Units gain experience and evolve over time.

Each world has it's own distribution of biomes, resources and enemy facilties staffed with angry defenders keen on evicting you from their planet!

It's open ended, sandbox and each world is procedurally generated leading to an almost unlimited number of different worlds to explore, mine, loot and conquer. The game keeps track of everything and simulates in real time thousands of enemy units with their own abilities to make decisions, responds to the way you play and sense the world around them.


Attack and pillage enemy bases to hinder their resistence

On some worlds, extensive enemy facilities have sprung up and the inhabitants don't take too kindly to new arrivals attempting to poach resources from their backyard.

How long can you survive? Enemy forces attack periodically in an attempt to destroy your bases. If they break through your lines and destroy your primary powercore your attempt to build an outpost will fail!


Mine and scavenge for resources and loot

Mined resources can be used to build structures, traps or fortifications as well as exchanged periodically with passing transports for reinforcements and other goods.

The entire world is made out of blocks that you can create and destroy allowing complete freedom to shape the world as you choose. Want to hunker underground and build a sprawling facility in the catacombs of the world or do you prefer to make large impregnable fortresses to protect your facilities?

Isomer is currently in alpha development which means that while it is a full game, stable and playable, many elements are still under active development and improvement. Further alpha updates will iteratively build on and expand features that are already present as well as adding new ones.

Realtime strategy, combat, world exploration and survival mechanics
Full precedural world generation of huge worlds including different biomes and resource types
Destructable terrain with realtime lighting calculation
Mine and loot resources from the world and enemy facilities
Build walls and facilities to heal and support your troops
Mutate your troops to gain specialist abilities and stats boosts
Troops gain experience from everything they do levelling up and gaining new abilities over time
Trade with passing supply ships for reinforcements and resources
Adaptive AI with each enemy able to sense to world around them and make their own decisions
Day and night cycle
Many different weapons to choose from when equipping your troops
...much more to come!
Read Full Description
Get This Game 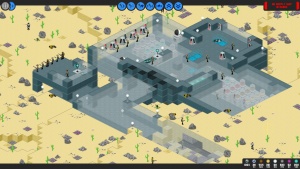 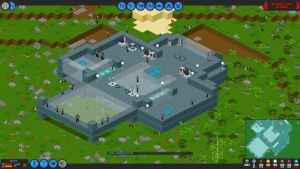