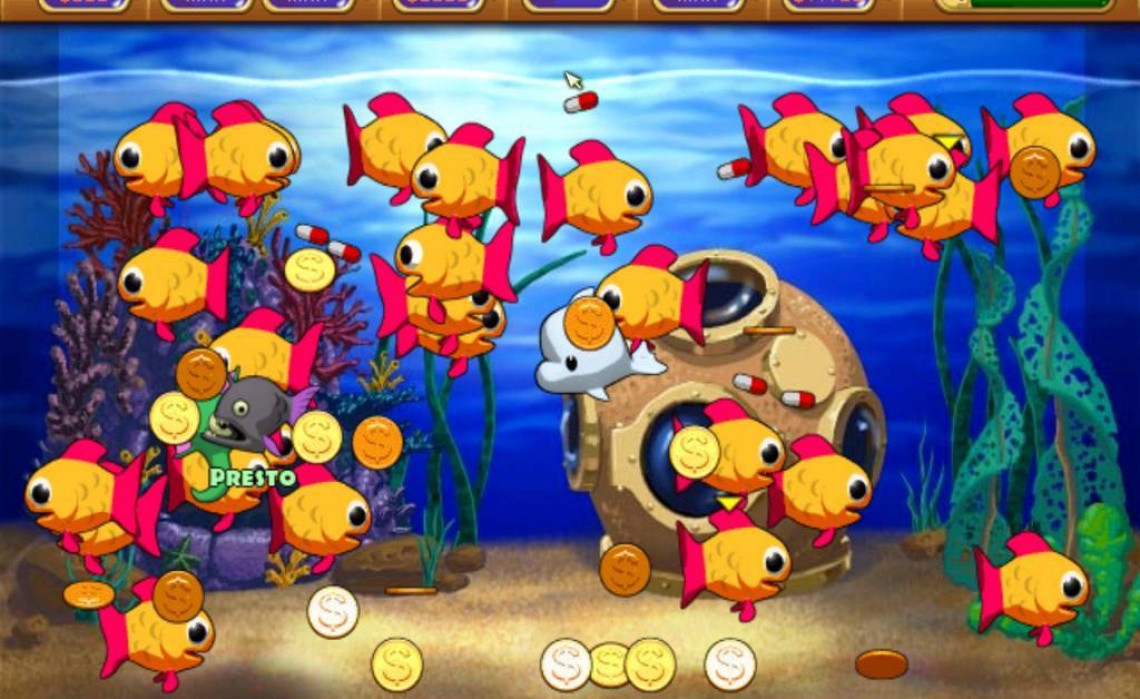 simulation
Release: 2006
Players must manage a tank of guppies and other aquatic creatures, each stage begins with two guppies in the tank or one breeder which creates guppies.[6] Guppies and other fish drop money, which can be collected by the player and used to purchase fish food and upgrades, such as more aquatic creatures, more filling food, and powerful lasers to repel attackers.[7] Each creature must be kept alive by feeding, whether through fish food bought by the player or other species of fish in the tank. In addition to feeding fish, the player must protect the fish from aliens that periodically enter the tank and attempt to eat the fish. The aliens must be clicked on repeatedly with the mouse pointer in order to defeat them.[8] The deluxe version of Insaniquarium contains eight different aliens, but in the original Java version there are four.
Insaniquarium can be played in Adventure, Time Trial, Challenge Mode, or Virtual Tank. A secret sandbox mode can be accessed when the player wins a silver or a golden trophy, by entering the Konami Code at the main menu screen - it allows full access to unlimited amounts of fish, pets and aliens.
In adventure mode, a player advances through five tanks. Tanks 1-4 have five levels but Tank 5 has only one level in which a player must beat Cyrax, the final boss in order to complete the game. Each level the player must earn enough money to buy 3 egg pieces to advance to the next level. For the first time playing the game, at the end of each level of a tank, the player receives a new pet from the egg. Initially, up to 3 pets could be brought to the tank to help the player, though the player could buy the privilege to bring more pets each level later on with more shells.
Time Trial mode restricts the player to completing the first tank in five minutes and in ten minutes for the three subsequent tanks. Egg pieces no longer count towards finishing a level, but instead add a random pet into the tank (always starting with three pets or four if the player buys the four pet limit). Each piece cost doubles the previous one, with the first shell starting at $100. The goal of the Time Trial mode is to make as much money as possible; a 5% of the total money earned will be transformed into shells.
Challenge mode is similar to Adventure mode, but the cost of each item on the board rises by 1% for every five seconds of game time. Buying an egg piece resets the cost of all of the items except for the other egg pieces (the current price will freeze), and several seconds afterwards the costs will start to rise again. The difficulty and number of aliens allowed in the tank also rise as time progresses. Unlike in the adventure mode, after five minutes all purchase options are open so that there is no need to purchase specific upgrades or special fish to be able to buy other items or egg pieces.
The virtual tank mode is where a player can use shells earned during the Adventure/Time Trial/Challenge modes to buy virtual fish in the tank. These fish also get hungry but they never die, and instead, they have mood levels in which they get depressed when neglected. All fish in virtual tanks lay shells instead of coins. 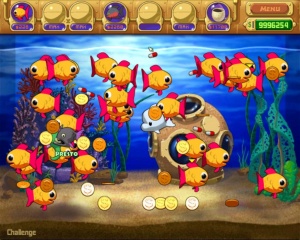 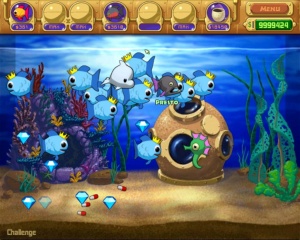