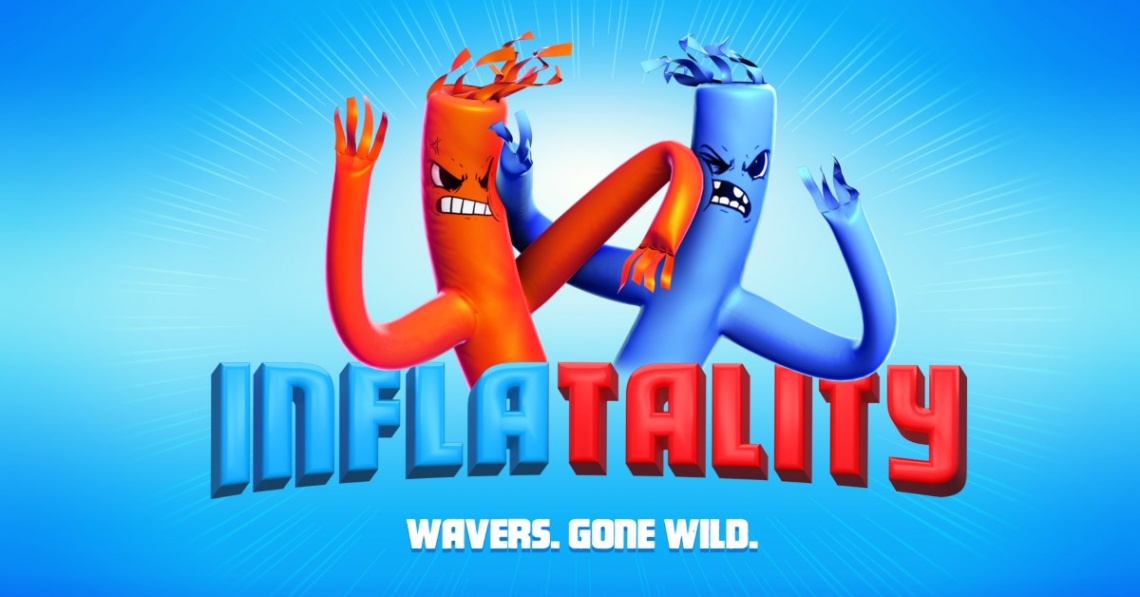 action
beat 'em up
casual
fighting
indie
multiplayer
strategy
Release: 2017
Welcome to Inflatality - a derpy couch-multiplayer physics fighter featuring adorable inflatable wavers beating the crap out of each other!
Find some friends, grab two controllers and get ready to fumble - the battle for ultimate inflatable supremacy is about to begin. Choose your waver's unique look, name and special attack, then prepare to fight across a range of hilarious battlegrounds with ludicrous waver weaponry and nothing but the wind and total elastic rage.

- Dynamic fumblecore physics
Use deceptively simple twin stick controls to master the wind and your own momentum to flail your way to victory!

- Devastating weaponry
Will you dominate with the Doom Hammer? The spinning terror of the Blade Bonnet? Call in a Hairstrike or unleash your Shockblock?

- Five ridiculous battlegrounds
Do battle among the vehicles of Whiplash Motors, the crazed action of Demolition Derpy, The medieval ambiance of Hardly Faire murder on the dance floor at The Boum Boum Room and even attend a derpy wedding with Shazza's Special Day - all battlegrounds feature their own unique style and soundtrack!

- Fight for Loot!
The more you fight, the more XP you rack up for sweet, sweet loot! Unlock new special weapons, new waver customisations and even new battlegrounds to engage in brutal, derpy combat with friends.
Read Full Description
Get This Game 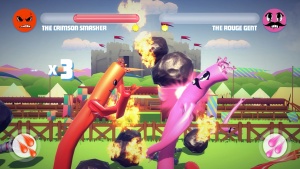 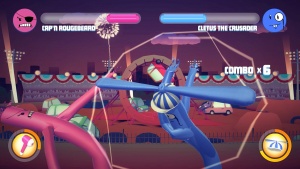