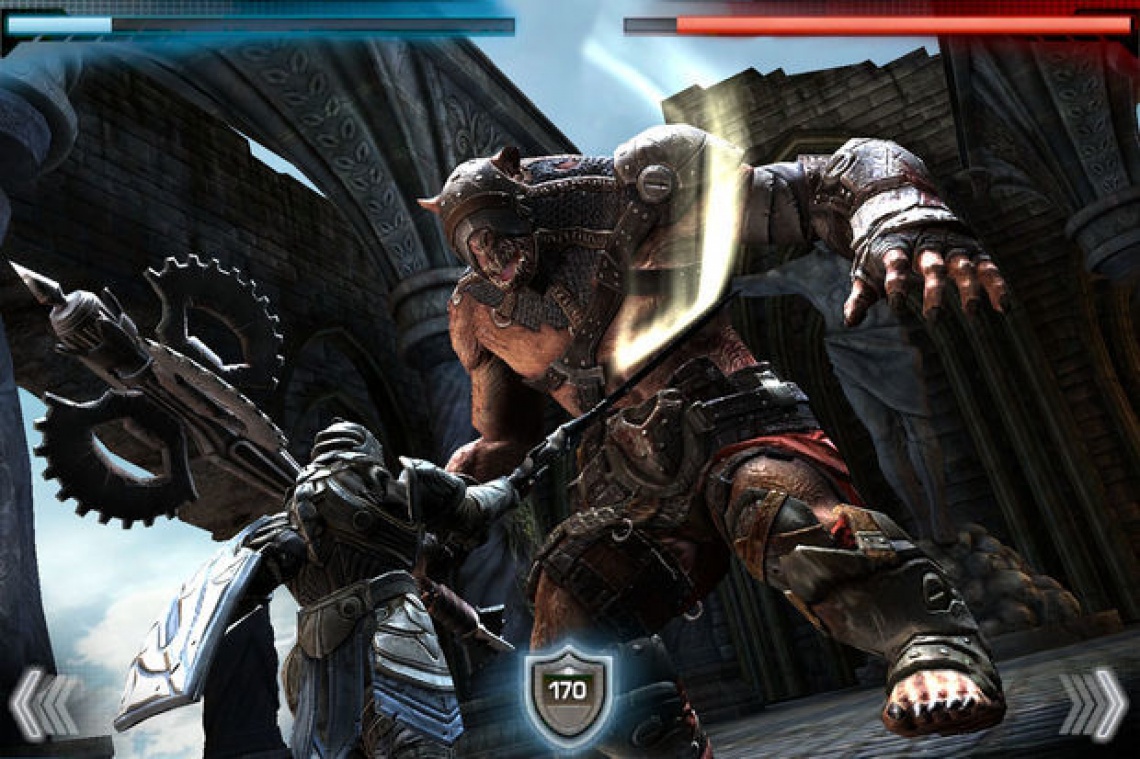 action
adventure
fighting
multiplayer
rpg
single player
strategy
Release: 2010
In the primary portion of Infinity Blade, the player character travels a largely linear path through a ruined castle and fights one-on-one battles with oversized enemies. The path through the castle is a series of discreet locations where the player can pan the camera around the stationary player character to view a fully three-dimensional area. The player taps locations highlighted onscreen to trigger either a short cutscene as the player character moves to the next location, or a sword battle with an enemy. During combat, the player controls the character's sword by swiping a finger across the screen. Players can touch icons at the bottom of the screen to dodge attacks by ducking right or left, or to block attacks with a shield, which has a limited number of uses during a single battle. Players may also parry incoming attacks with an intercepting sword move that, for example, parries an attack from the left with a swipe to the left. Each of these three counters can leave the enemy vulnerable to counterattack for a short period, but incorrect counters result in damage to the player character, as reflected in the health bar. When players fail in battle en route to the God King, the game resets to the location preceding the previous battle. Enemies can perform attacks that cannot be parried or blocked—such as a shield bash—that must be dodged. Players use two special abilities via icons atop the screen: the Super Attack temporarily stuns the opponent, and magic heals or attacks as indicated by drawing a given symbol. Both require time to recharge after use. When attacking, the player can swipe in any direction, and can do specific attack combinations to deal extra damage. 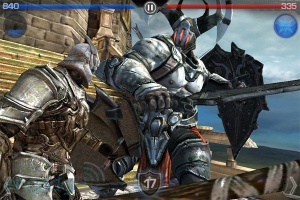 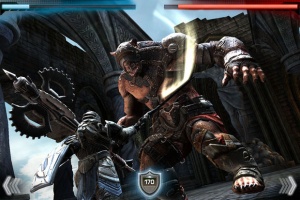