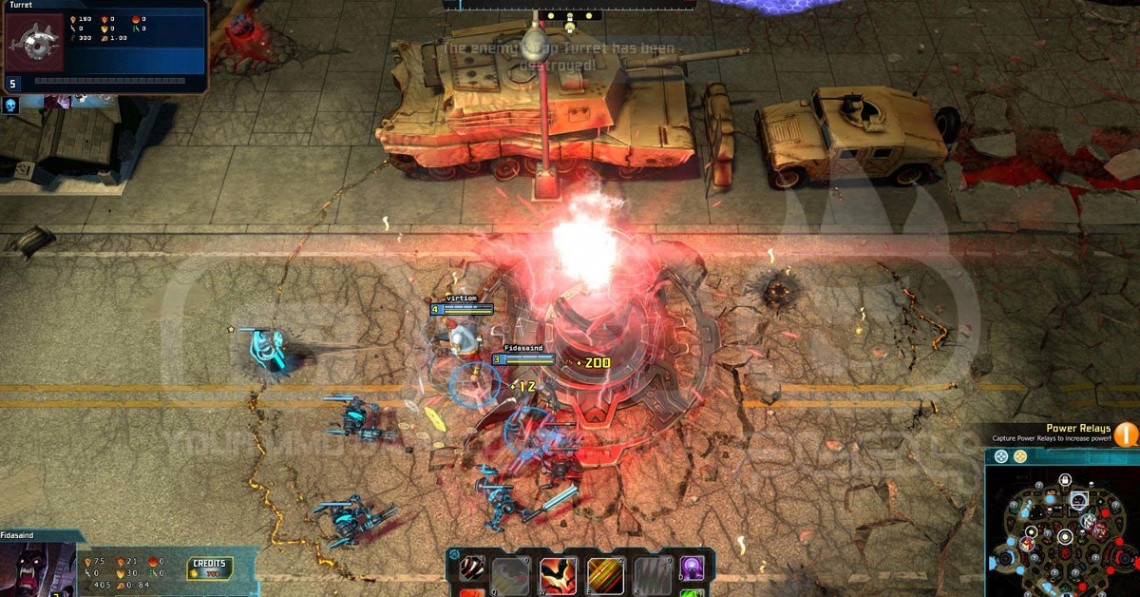 moba
Release: 2015
Infinite Crisis was a multiplayer online battle where players controlled a "champion" within a set, short amount of time depending on the game mode. Players gained levels by destroying drones and killing opposing team's champions and turrets. In the classic game mode, the map was divided into three lanes; top, middle and bottom. Top and bottom lanes were longer and had more space between each turret. Mid lane was the shortest route to the enemy's base, but both sides were flanked with urban jungle, providing more strategic game-play for a surprise attack ("gank"). Each lane had a set of inner and outer turrets, one set for the player side and the other for the enemy. Turrets were lethal defensive structures that helped to protect players from enemy champions and helped clear enemy drones. Each bases had three 'dampeners', found at the base entrance. Dampeners were like turrets, but after being destroyed re-spawned minutes later; their 'health' was reduced with each re-spawn. When a dampener was destroyed, the opposing enemy spawned a tougher drone. Base Cameras provided the ability to scout for enemies for a brief period of time. Urban jungle was located beyond a turret's vision, concealed by the fog-of-war. The jungle held four types of neutral drone camps: East Medium, Destroyer and Unique[citation needed]. In the jungle camp, defeating a destroyer camp spawned four different deployables: Health, Speed, Surveillance Tower, and EMP. The objective of the game was to destroy drones in order to level champions which could destroy turrets and then the Power Core in order to win the game. 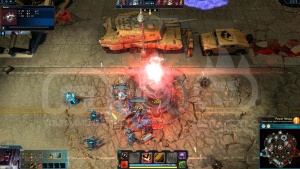 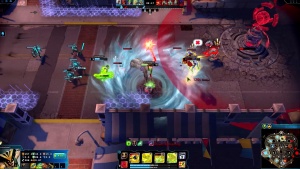