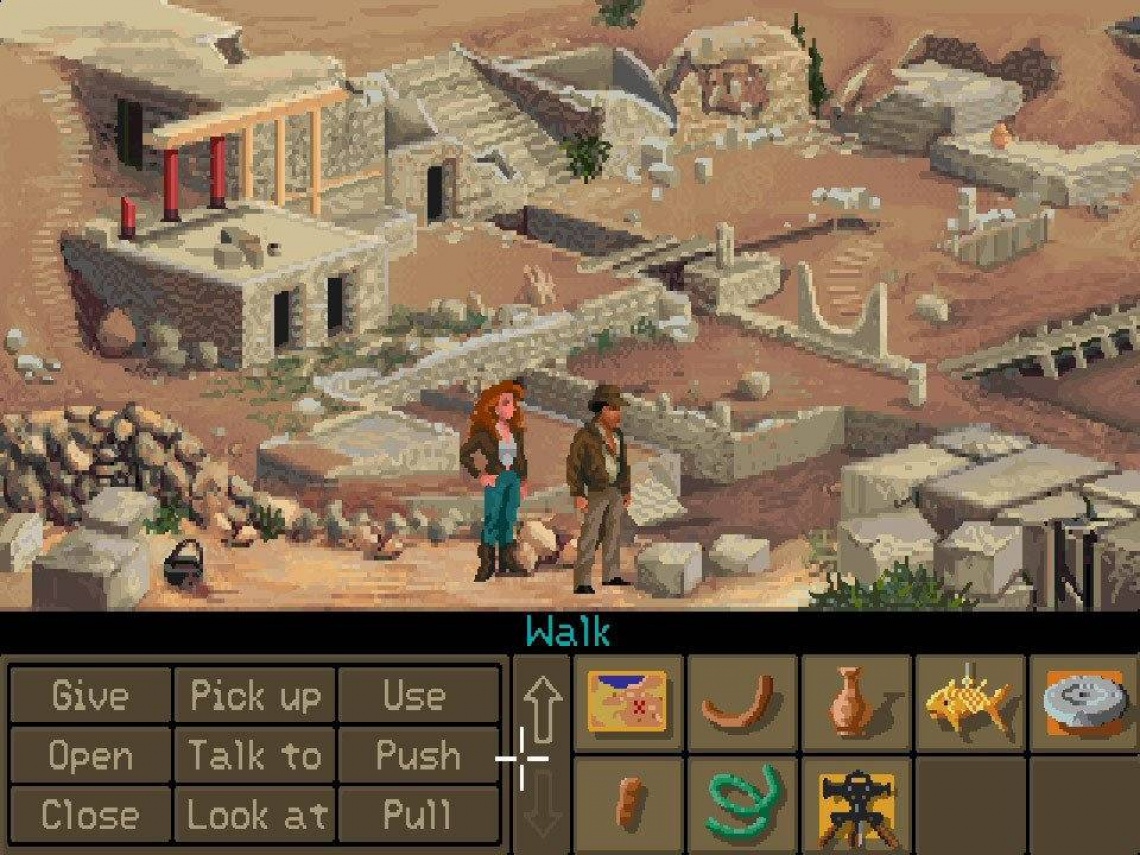 Indiana Jones and the Fate of Atlantis

adventure
point and click
Release: 1992
Indiana Jones and the Fate of Atlantis is a point-and-click adventure game by LucasArts originally released in 1992.
The player explores the game's static environments while interacting with sprite-based characters and objects; they may use the pointer to construct and give commands with a number of predetermined verbs such as "Pick up", "Use" and "Talk to". Conversations with non-playable characters unfold in a series of selectable questions and answers.

Early on, the player is given the choice between three different game modes, each with unique cutscenes, puzzles to solve and locations to visit: the Team Path, the Wits Path, and the Fists Path. In the Team Path, protagonist Indiana Jones is joined by his partner Sophia Hapgood who will provide support throughout the game. The Wits Path features an abundance of complex puzzles, while the Fists Path focuses heavily on action sequences and fist fighting, the latter of which is completely optional in the other two modes. Atypical for LucasArts titles, it is possible for the player character to die at certain points in the game, though dangerous situations were designed to be easily recognizable. A score system, the Indy Quotient Points, keeps track of the puzzles solved, the obstacles overcome and the important objects found.

This article uses material from the Wikipedia article Indiana Jones and the Fate of Atlantis, https://en.wikipedia.org/wiki/Indiana_Jones_and_the_Fate_of_Atlantis, which is released under the Creative Commons Attribution-Share-Alike License 3.0, https://creativecommons.org/licenses/by-sa/3.0/.
Read Full Description
Get This Game 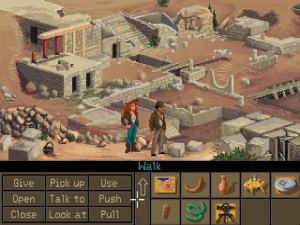 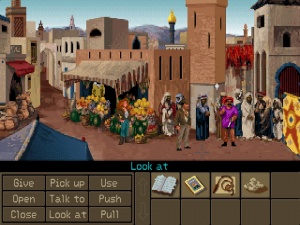