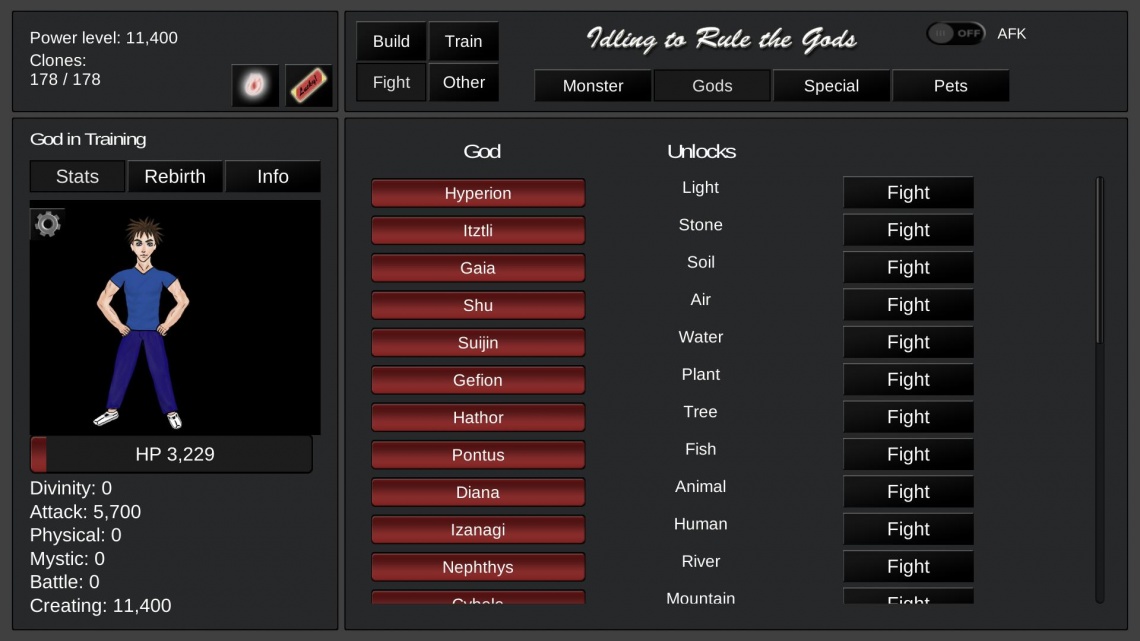 Idling to Rule the Gods

anime
casual
free to play
indie
single player
Release: 2016
Idling to Rule the Gods is a free to play incremental / Idle game with various different elements for active and passive play-styles.
Synopsis:
In the year 9001, humans destroyed all habitable planets in the known universe. On the last planet, they managed to create a space dimension device. With this device, they were able to travel to a different dimension. The world of Idling to Rule the Gods.
In the first habitable planet they found, they noticed the world works different than the known universe. It is ruled by gods. Soon after, Hyperion, the first god found the humans and fought them. After a long lasting fight, all humans but you – the player – died. While surviving the whole time, you developed your own special ability: to create shadow clones.

The game starts here.
You create shadow clones, they train, learn skills and fight monsters for you, while you absorb their power until you are powerful enough to beat the first god “Hyperion”. After beating Hyperion, you find many, much stronger gods. To be able to defeat all of them, you must find various ways to become more powerful. You rebirth, create your own monuments, train pets and fight ultimate beings.
Read Full Description
Get This Game 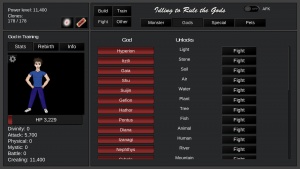 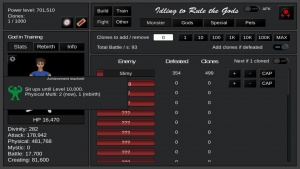 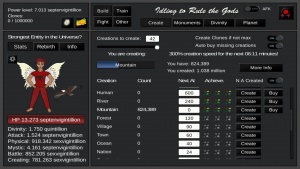 Identity V
Recommended for you

carboom.io
Recommended for you
Browse Games