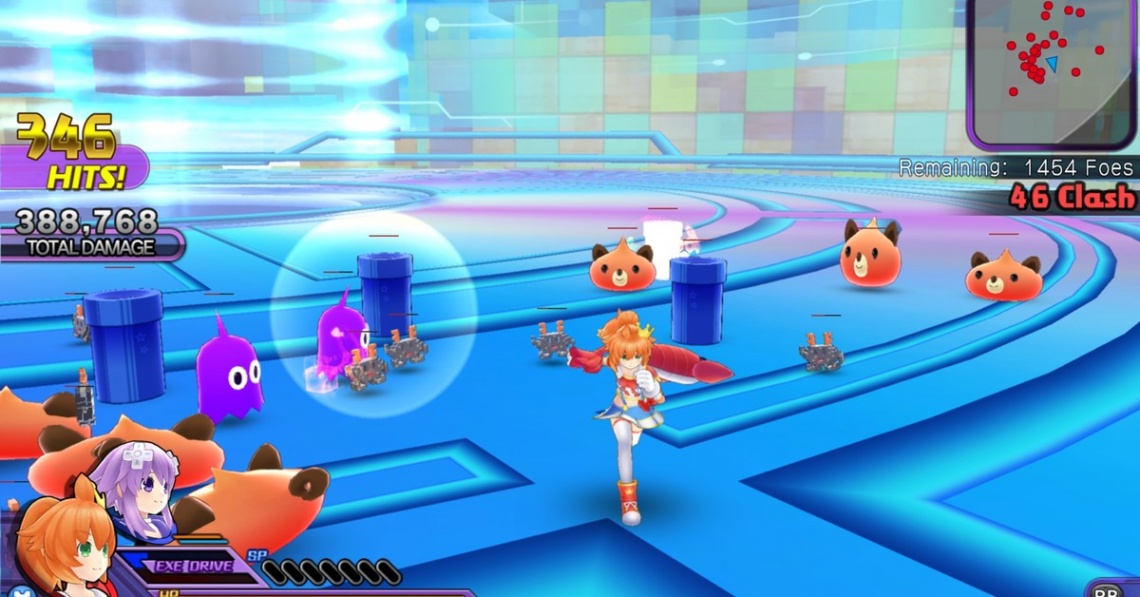 action
rpg
Release: 2016
Set during peacetime after the events of the recurring 'Console War' of the previous games (albeit in an alternate, non-canonical dimension) the CPUs (Console Patron Units) of the world of Gamindustri seek to raise awareness from non-CPU supporters and new nations by improving their public profile. They are approached by a popular journalist named Dengekiko (previously known as Dengeki Lass) who offers to report on the CPUs during guild missions.
Meanwhile, rival journalist Famitsu is assigned to report on the CPUs' sisters, the CPU candidates, though the two factions soon merge into a single group, and Dengekiko and Famitsu (based on the popular Japanese gaming magazines Dengeki and Famitsu) agree to cooperate and fight alongside the CPU team after being issued transforming combat armor by their employer, which grants them near-CPU level abilities.
The party slay countless monsters, complete several guild missions and successfully boost their popularity but are soon defeated and publicly humiliated by a mysterious new adversary known as Next Gen Mech (who represents the imminent threat of next-generation consoles to older platforms) who makes a point of shaming the party on live television by tearing off their clothes.
After a brief recovery, the party analyse their battle strategy and discover that whilst they are an immensely powerful team, their attacks are not coordinated with each-other. After undergoing training exercises to integrate their attacks, and completing further guild missions to improve their public standing, the girls challenge Next Gen Mech again and emerge victorious after breaking through its defenses by working together.
Inspired by the CPUs, Dengekiko and Famitsu agree to work together on a single article rather than publishing separate reports of the CPUs' adventures. Meanwhile, the CPUs' close friends IF and Compa arrange a friendly battle tournament for the CPUs, followed by an intense combat arena in Neptral Tower, with a rebuilt Next Gen Mech awaiting them on the top floor. 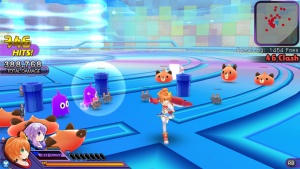 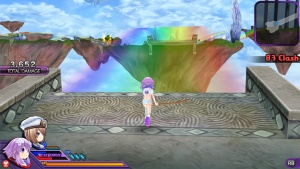