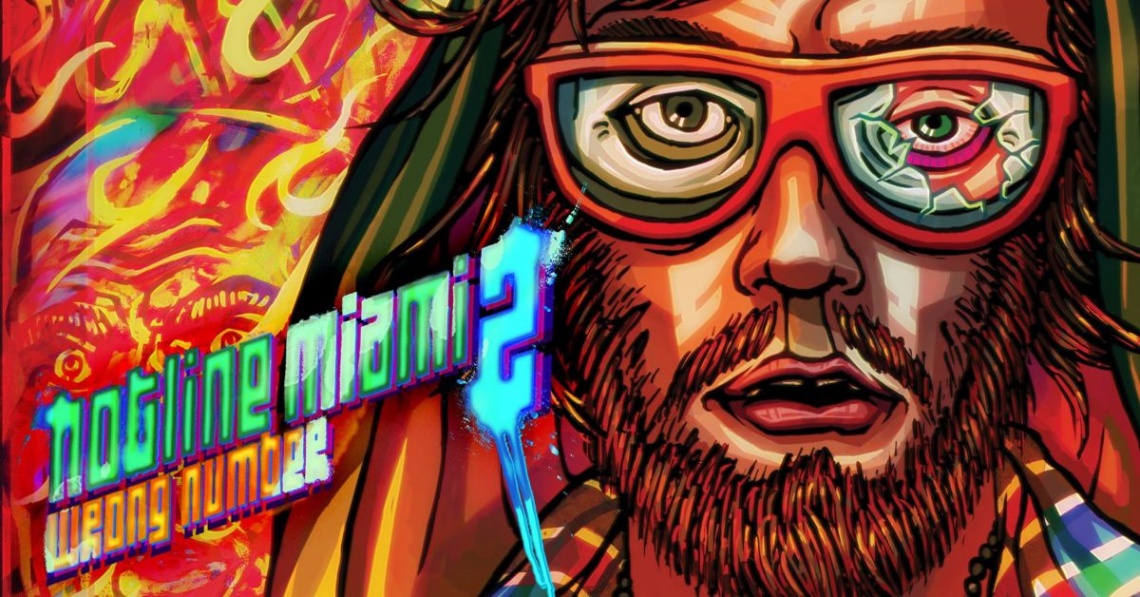 2d
action
arcade
indie
shooter
single player
pixel art
top down
Release: 2015
Gameplay of Wrong Number plays the same to that of its predecessor Hotline Miami. Hotline Miami 2: Wrong Number features a new hard mode, unlocked after completing the Normal story. In Hard mode, enemies are more difficult to take down and some abilities are taken away from the player, such as "enemy-locking".[5]
Thirteen characters are playable as opposed to just Jacket and Biker in the first game; each with their own interpretations as the story unfolds. The masks mechanic is again featured with some masks making a return, while new masks offer new abilities and play styles. Each character has their own special abilities or perks; Corey can do a roll and dive under enemy gunfire, Mark can dual wield two sub-machines guns and can spread his arms to shoot left and right simultaneously, Tony's fists kill all regular enemies in one blow and knock down heavy enemies for quick ground kills, and Alex and Ash use a chainsaw and a gun respectively, but are controlled by the player simultaneously. A different character or group of characters is available at the start of each level, each chapter telling part of the story from that character's perspective.[3]
A level editor was added after the game's release, which let users create original stories through dialogue crafting. The editor was originally planned for a spring 2015 release, but was postponed, eventually going live on 22 June 2016.[2][6]


This article uses material from the Wikipedia article Hotline Miami 2: Wrong Number, https://en.wikipedia.org/wiki/Hotline_Miami_2:_Wrong_Number, which is released under the Creative Commons Attribution-Share-Alike License 3.0, https://creativecommons.org/licenses/by-sa/3.0/.
Read Full Description
Get This Game 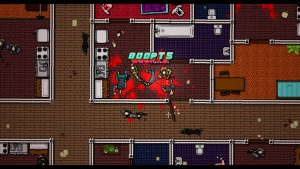 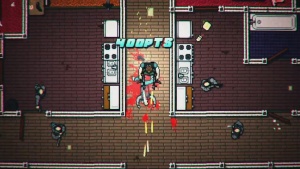