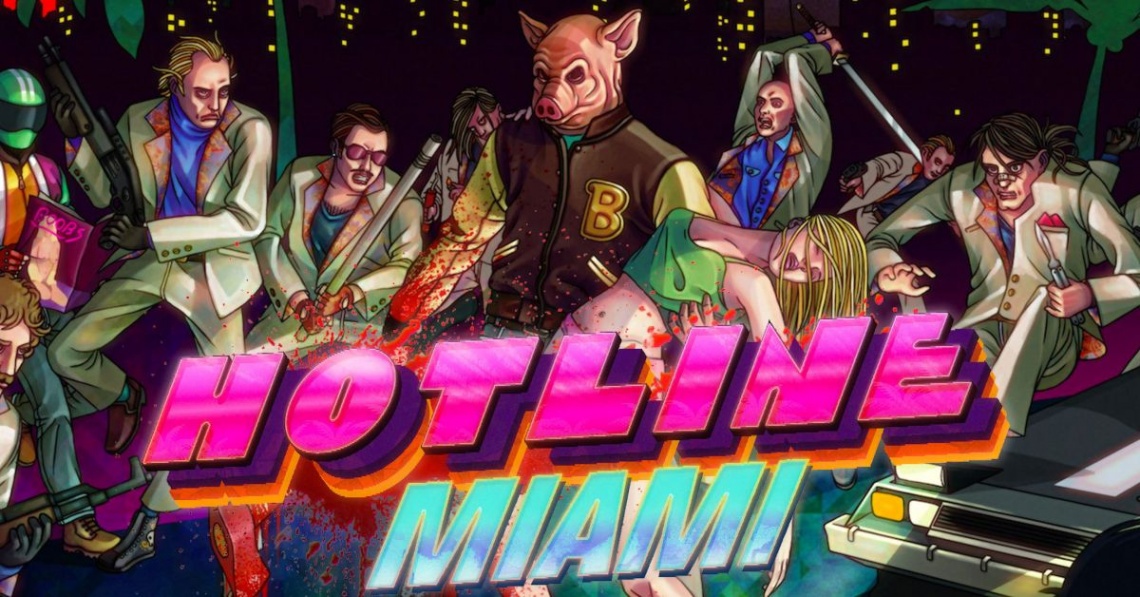 2d
action
indie
music
shooter
single player
pixel art
top down
Release: 2012
Hotline Miami is divided into several chapters, each of which is further broken down into several stages. At the start of most chapters, the unnamed protagonist wakes up in his apartment and listens to cryptic messages on his answering machine. These messages tell him to perform an arbitrary task at a certain location, which in each case is inferred as a metaphor for killing every person at that location, such as giving VIPs at a hotel a 'great stay', or taking care of a 'pest infestation'. Prior to commencing a mission, the player is asked to select an animal mask to wear, each of which provides unique advantages or handicaps.
In each stage, the player navigates a building from a top-down perspective, and the goal is almost always to kill every opponent therein. Occasionally the player must also defeat a boss at the end of the chapter or find key items as they explore, but most levels are very straightforward. Some levels will also include hidden masks for the player to find along the way. The player has access to a wide variety of melee, thrown, and ranged weapons, and will need to handle challenges through either stealthy tactics or overwhelming force. However, the player character is no more resilient than the enemies, so mistakes are usually fatal.
Enemy AI varies slightly, causing them to occasionally move unpredictably, making it difficult to plan a perfect approach. To make up for this, the game allows the player to restart each stage the moment they die, allowing them to quickly fine-tune their approach over several attempts. The game grades the player's performance at the end of each chapter based on a number of factors, also granting them points that unlock more weapons, and may also unlock additional masks depending on their score.

This article uses material from the Wikipedia article Hotline Miami, https://en.wikipedia.org/wiki/Hotline_Miami, which is released under the Creative Commons Attribution-Share-Alike License 3.0, https://creativecommons.org/licenses/by-sa/3.0/.
Read Full Description
Get This Game 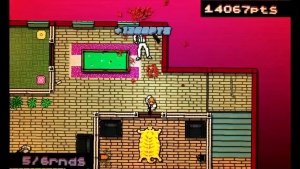 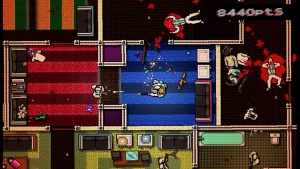