board game
casual
puzzle
single player
strategy
Release: 2016
Hitman Go is a turn-based puzzle video game developed by Square Enix Montreal and published by Square Enix. Announced in February 2014, the game was released for iOS in April 2014 and for Android in June 2014. Windows and Windows Phone versions were released the following year in April 2015. In February 2016, a "Definitive Edition" version was released on PlayStation 4, PlayStation Vita, and on Linux and Windows via Steam. It is the first game developed by Square Enix Montreal, a studio founded in 2011. Development entered full production in 2013 and was completed by eleven people using the Unity game engine.
The player guides Agent 47, protagonist of the Hitman franchise, through a series of grid-based levels. Levels are composed of nodes and lines, and presented like a board game with characters modelled as miniature figures. Enemy characters can be dispatched by moving onto the node they occupy during a turn, similar to chess. As the player advances through levels, new enemy types and mechanics are introduced to increase the complexity of puzzle solutions.
Following its announcement, Hitman Go was met with some scepticism from critics. However, upon release the game received a positive reception with praise directed towards the game's art, aesthetics, simple gameplay mechanics, and translation of Hitman to a mobile device. The game also received several nominations and awards from gaming publications and award organisations. A successor set within the Tomb Raider franchise, titled Lara Croft Go, was released in August 2015.

This article uses material from the Wikipedia article Hitman Go, https://en.wikipedia.org/wiki/Hitman_Go, which is released under the Creative Commons Attribution-Share-Alike License 3.0, https://creativecommons.org/licenses/by-sa/3.0/.
Read Full Description
Get This Game 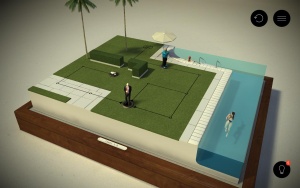 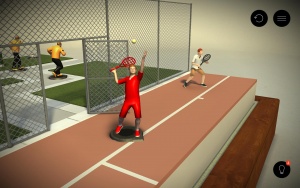