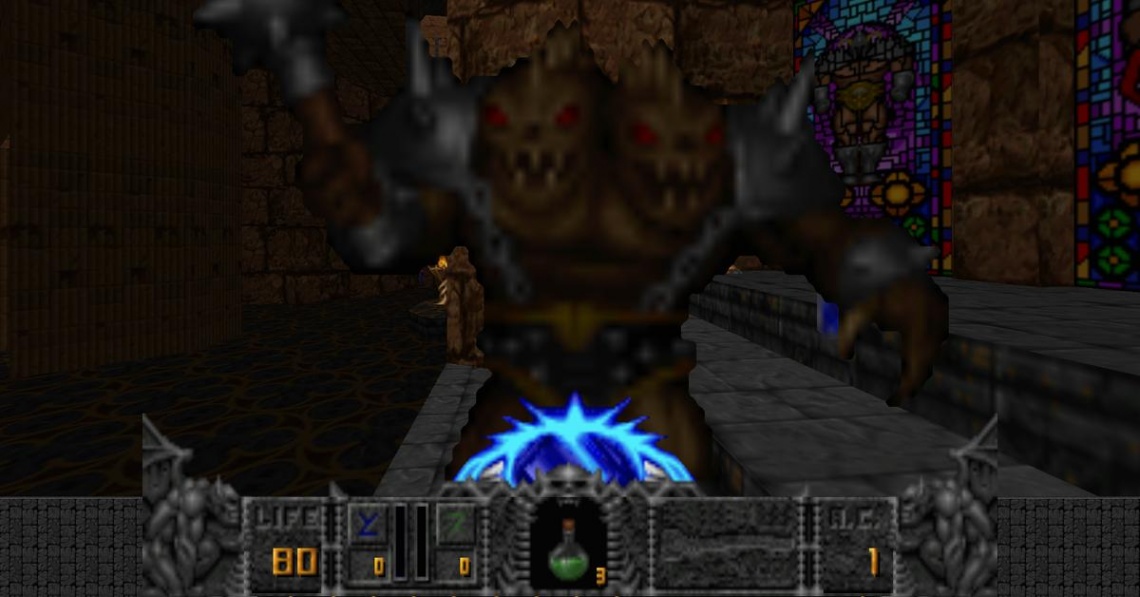 action
fantasy
fps
Release: 1995
A new series feature introduced in Hexen is the choice of three character classes. Players may choose to play as a fighter (Baratus), a cleric (Parias), or a mage (Daedolon). Each character has unique weapons and physical characteristics, lending an additional degree of variety and replay value to the game. The Fighter relies mainly on close quarter physical attacks with weapons both mundane and magical in nature, and is tougher and faster than the other characters. The Mage uses an assortment of long-range spells, whose reach is counterbalanced by the fact that he is the most fragile and slowest moving of the classes. The Cleric arms himself with a combination of both melee and ranged capabilities, being a middle ground of sorts between the other two classes. Additionally, certain items, such as the flechette (poison gas bomb), behave differently when collected and used by each of the classes, functioning in a manner better suiting their varying approach to combat, further differentiating the three characters.
Hexen introduces "hub" levels to the series, wherein the player can travel back and forth between central hub levels and connected side levels. This is done in order to solve larger-scale puzzles that require a series of items or switches to be used. The player must traverse through a hub in order to reach a boss and advance to the next hub. 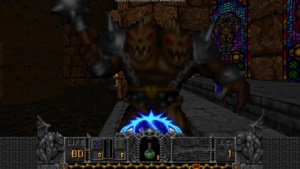 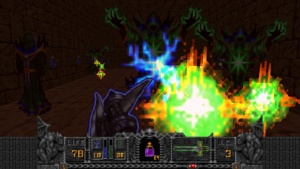