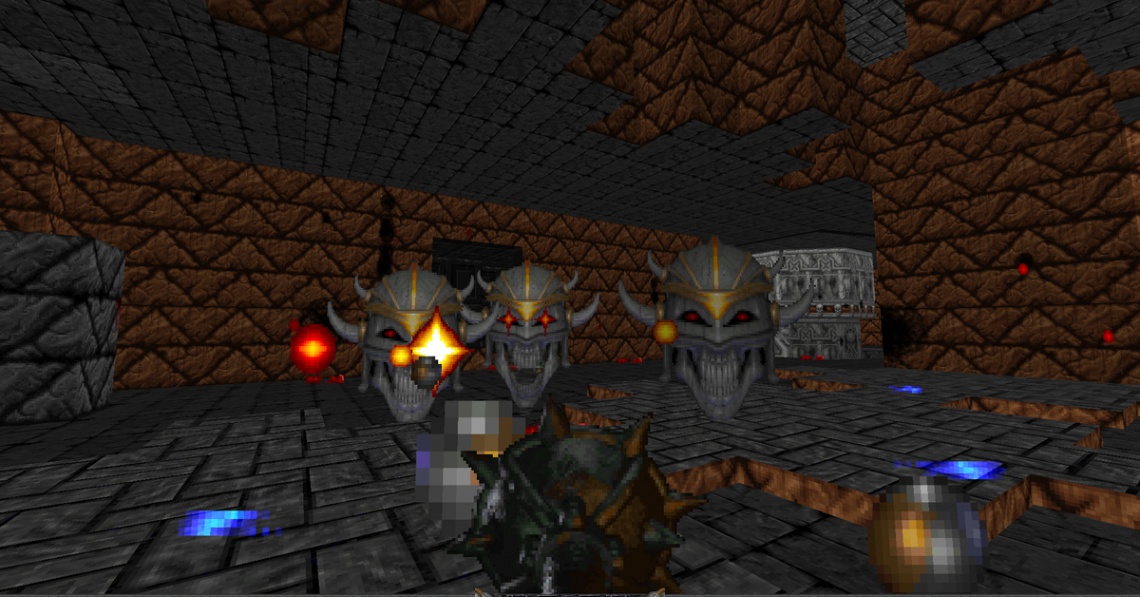 Heretic: Shadow of the Serpent Riders

action
fps
Release: 2007
The gameplay of Heretic is heavily derived from Doom, with a level-based structure and an emphasis on finding the proper keys to progress. Many weapons are similar to those from Doom; the early weapons in particular are near-exact copies in functionality to those seen in Doom. Raven added a number of features to Heretic that differentiated it from Doom, however, notably interactive environments, such as rushing water that pushes the player along, and inventory items. In Heretic, the player can pick up many different items to use at their discretion. These items range from health potions to the "morph ovum", which transforms enemies into chickens. One of the most notable pickups that can be found is the "Tome of Power" which acts as a secondary firing mode for certain weapons, resulting in a much more powerful projectile from each weapon, some of which change the look of the projectile entirely. Heretic also features an improved version of the Doom engine, sporting the ability to look up and down within constraints, as well as fly. However, the rendering method for looking up and down merely uses a proportional pixel-shearing effect rather than any new rendering algorithm, which distorts the view considerably when looking at high-elevation angles.
As with Doom, Heretic contains various cheat codes that allow the player to be invulnerable, obtain every weapon, be able to instantly kill every monster in a particular level, and several other abilities. However, if the player uses the "all weapons and keys" cheat ("IDKFA") from Doom, a message appears warning the player against cheating and takes away all of his weapons, leaving him with only a quarterstaff. If the player uses the "god mode" cheat ("IDDQD") from Doom, the game will display a message saying "Trying to cheat, eh? Now you die!" and kills the player.
The original shareware release of Heretic came bundled with support for online multiplayer through the nascent DWANGO service.[4] 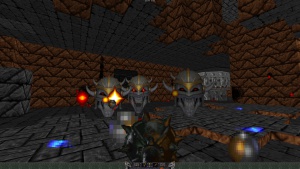 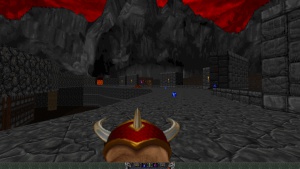