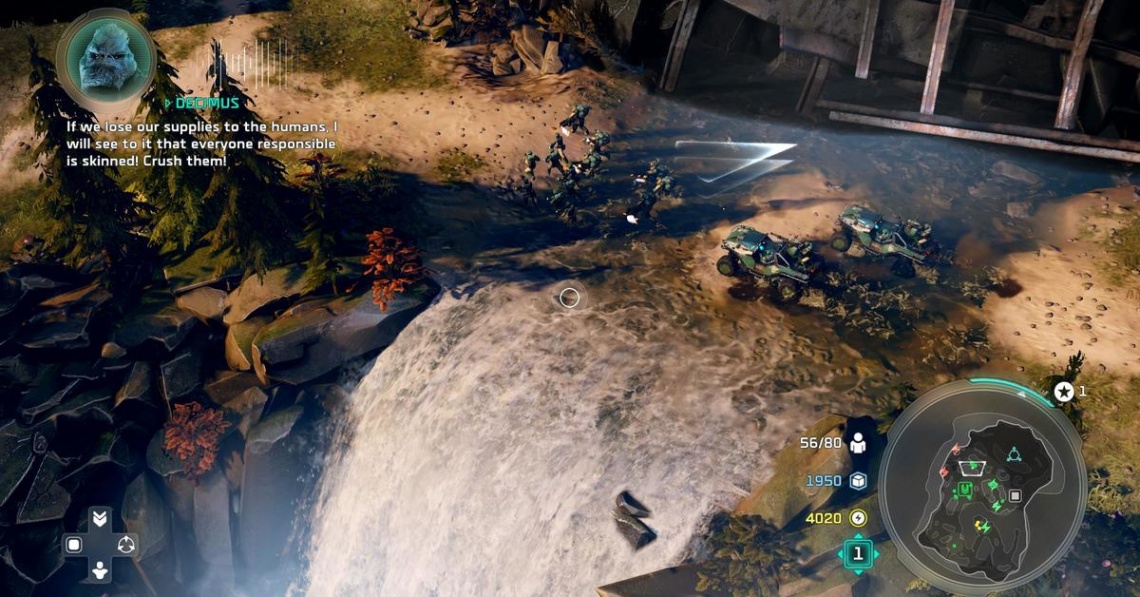 action
multiplayer
rts
single player
strategy
Release: 2017
After decades adrift and declared "lost with all hands," the brave crew of the UNSC Spirit of Fire are mysteriously awoken above an ancient Forerunner haven known as the Ark. In Halo Wars 2, Captain Cutter and his crew will face one of humanity's most formidable threats yet: The Banished – a fierce and powerful Brute faction led by a cunning and lethal warrior known as Atriox.

Halo Wars 2 delivers real-time strategy at the speed of Halo combat. Get ready to lead armies of Spartans and other Halo fighting forces like Warthogs, Scorpions and exciting new units in a brutal war against a terrifying new enemy on the biggest Halo battlefield yet.

The Return of the Spirit of Fire: Experience a riveting campaign which reintroduces the Spirit of Fire to the current Halo timeline, as Captain Cutter and his crew fight a dangerous new enemy intent on conquering everything in their path. Brought to life through detailed in-game graphics and the cinematic artistry of Blur Studio, the story of Halo Wars 2 dives straight into the chaotic state of the Halo universe directly after the events of Halo 5: Guardians.

The Dawn of Atriox: Halo Wars 2 introduces a new menacing villain to the Halo universe – Atriox, the leader of a violent, mercenary force known as The Banished. The Banished bring many classic Halo alien weapons of war to the battlefield with an explosive new redesign, making them as brutal and deadly as anything the UNSC has ever encountered in their battles with the Covenant.

The Biggest Halo Battlefield Ever: Halo Wars 2 takes place on the mythical Ark, an incredibly powerful and mysterious alien installation created by the Forerunners millennia ago. The Ark was first introduced in Halo 3, and is the literal birthplace of the series’ eponymous Halo rings. Now players will have a chance to fight to control that power for themselves.

A New Kind of Strategy: Halo Wars redefined the real-time strategy (RTS) genre on consoles and Halo Wars 2 is set to take that evolution even further with a hybrid of action-oriented and classic tactical gameplay modes. Veteran developer Creative Assembly (Total War: Rome II, Total War: Shogun 2) brings decades of RTS experience to the Halo universe and delivers a game which will be action-packed fun for players new to strategy games and deeply challenging and rewarding for RTS experts.

Skirmish: Test your battle strategies against a range of AI difficulty levels. Fight across all the environments and multiplayer game modes with as many AI and co-op friends (or enemies!) as each mode will allow.

Strongholds: Strongholds is a fast-paced, timed game mode where the objective is to control more bases than your opponent when the timer stops.

Domination: Domination offers the classic RTS gameplay of Halo Wars, now with all the new units, leaders, special abilities, and depth of Halo Wars 2. Build your base, build your army, and battle for control of the map and supremacy of the Ark!

Deathmatch: In Deathmatch you’ll plan and build your base and army, but instead of fighting for map control you'll fight until only one player remains standing. Outthink and outflank your opponents, then have a celebratory barbecue on the smoking remains of their home bases.

Blitz: An all-new multiplayer mode that is an exciting addition to the Halo Wars series with a unique approach to RTS gameplay.
Read Full Description
Get This Game 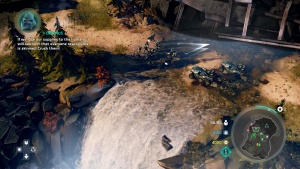 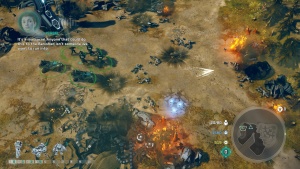