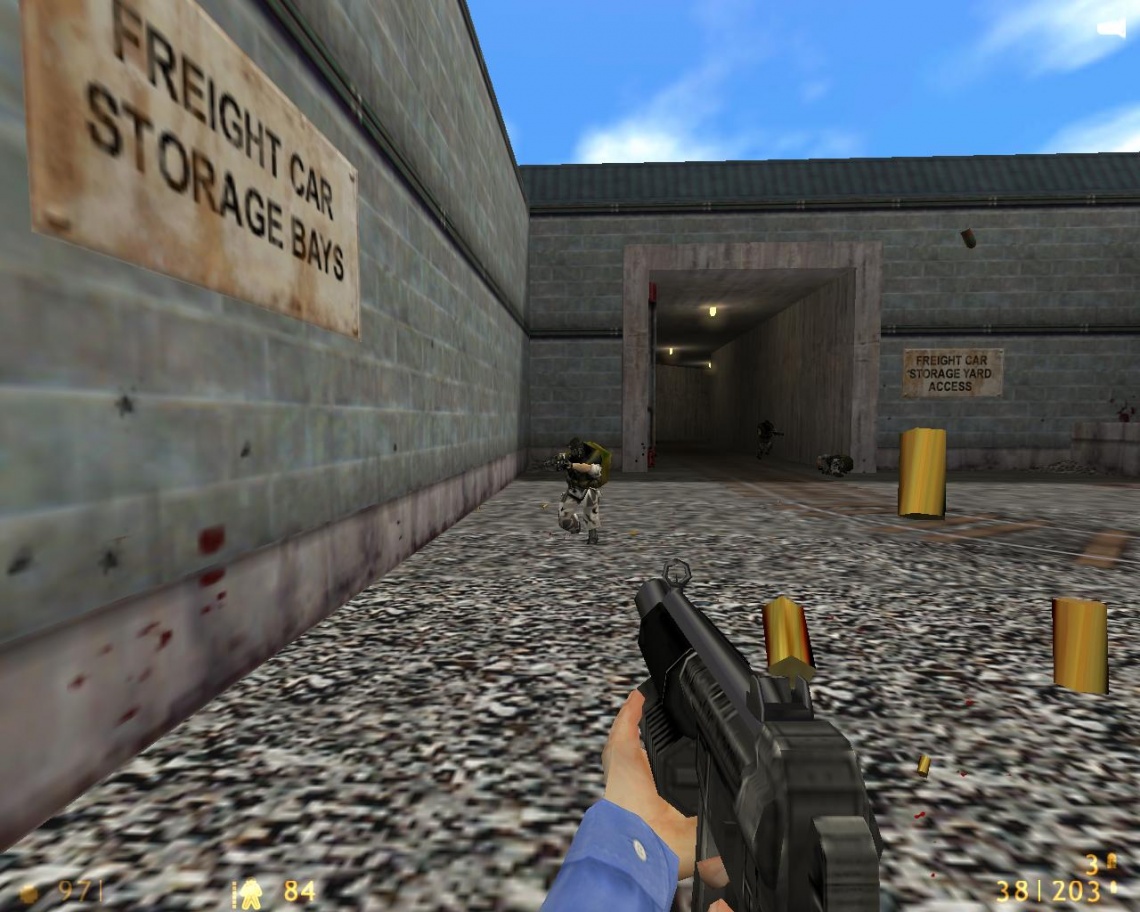 action
adventure
fps
sci-fi
shooter
zombies
Release: 2001
As an expansion pack for Half-Life, Blue Shift is a first-person shooter. The overall gameplay of Blue Shift does not significantly differ from that of Half-Life: players are required to navigate through the game's levels, fight hostile non-player characters and solve a variety of puzzles to advance. The game continues Half-Life's methods of an unbroken narrative. The player sees everything through the first person perspective of the protagonist and remains in control of the player character for almost all of the game. Story events are conveyed through the use of scripted sequences rather than cut scenes. Progress through the game's world is continuous; although the game is divided up into chapters, the only significant pauses are when the game needs to load the next part of an environment.
The player battles through the game alone, but is occasionally assisted by friendly non-player characters. Security guards and scientists will occasionally help the player in reaching new areas and convey relevant plot information. Blue Shift also includes a substantial section dedicated to keeping a major character in the story safe from enemy characters, and escorting him to a specific location. A selection of enemies from Half-Life populate the game, including alien creatures such as headcrabs and Vortigaunts. The player also encounters human opponents in the form of a detachment of US Marines who have been sent to eliminate the alien threat and silence any witnesses. Blue Shift does not elaborate on the storyline in Opposing Force, the preceding expansion pack, and no enemy characters or weapons introduced in it appear in the game. The player is instead given access to a limited selection of Half-Life's original weaponry.


This article uses material from the Wikipedia article Half-Life: Blue Shift, https://en.wikipedia.org/wiki/Half-Life:_Blue_Shift, which is released under the Creative Commons Attribution-Share-Alike License 3.0, https://creativecommons.org/licenses/by-sa/3.0/.
Read Full Description
Get This Game 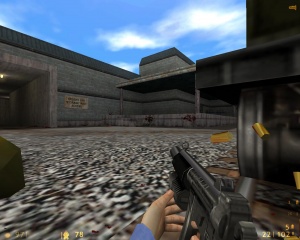 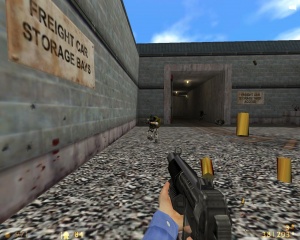