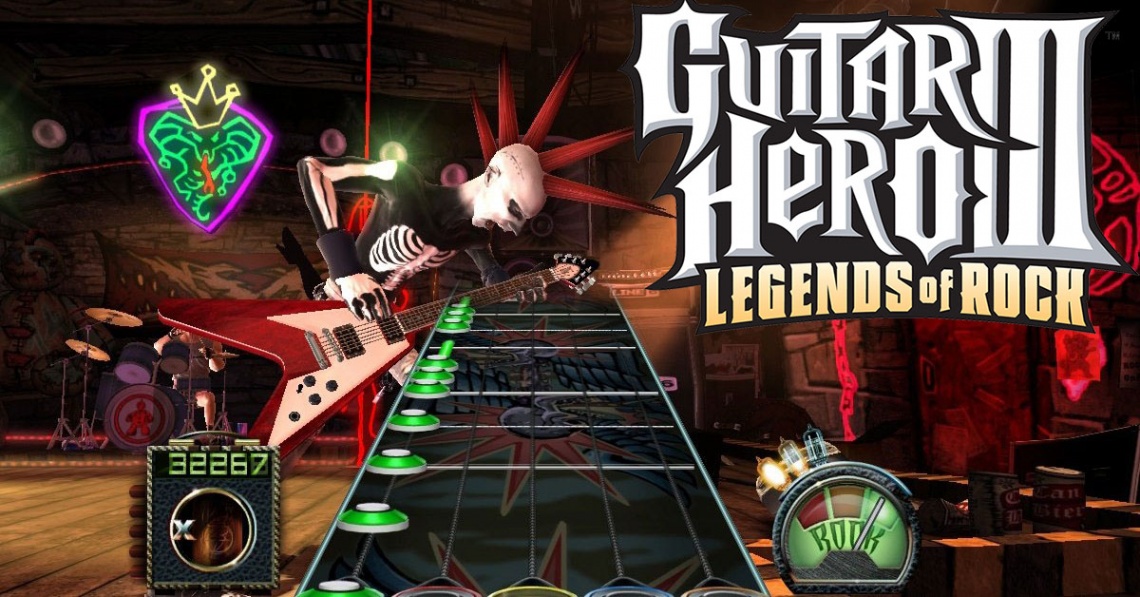 multiplayer
music
rts
single player
strategy
Release: 2008
Guitar Hero III: Legends of Rock is similar to previous titles in the series. The player hits notes as they scroll towards the bottom of the screen in time with music to maintain their performance and earn points. To hit notes using the guitar controller, the player hits the strum bar while holding down the corresponding colored fret buttons. If the player uses the standard controller instead of the guitar controller, the correct buttons need to be pressed, but the player is not required to strum. Notes can be sustained, during which the fret button is held until the note is complete, and they can also form two- to four-note chords. The game simulates hammer-ons and pull-offs for sections with a rapid series of notes, allowing the player to forgo strumming on specifically marked notes. Missing a note causes the performance meter to drop. When the meter drops too low, the player fails the song, represented in-game by the band being booed off the stage. A string of 10 consecutive correct notes earns a multiplier to increase the player's score, which can occur up to four times. Special sections, marked by starred notes, can be used to build Star Power. When the player has enough Star Power, they can activate it and further double the scoring multiplier either by tilting the guitar controller vertically or by pressing a specific button on the controller. While Star Power enabled, the performance meter increases more quickly when a correct note is hit, and missing notes have a decreased penalty. Guitar Hero III: Legends of Rock contains four difficulty levels: Easy, which uses three of the fret buttons; Medium, which makes use of four of the fret buttons; Hard, which uses all five fret buttons; and Expert, which adds no new fret buttons, but increases the number of notes and the general difficulty.

This article uses material from the Wikipedia article Guitar Hero III: Legends of Rock, https://en.wikipedia.org/wiki/Guitar_Hero_III:_Legends_of_Rock which is released under the Creative Commons Attribution-Share-Alike License 3.0, https://creativecommons.org/licenses/by-sa/3.0/.
Read Full Description
Get This Game

Gumstein: The Awakening
Recommended for you

Guiding Hand VR
Recommended for you

Guild of Dungeoneering
Recommended for you
Browse Games