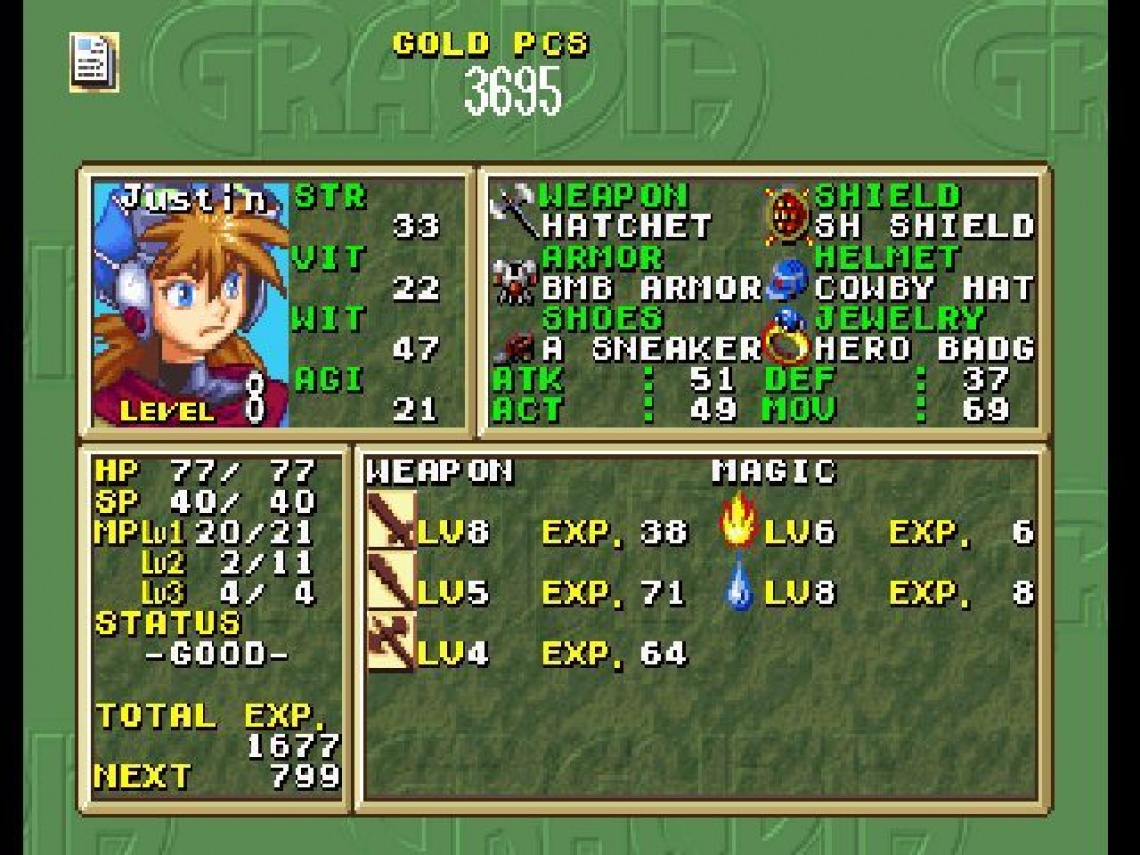 2d
rpg
single player
strategy
third person
Release: 2000
Grandia's environments are depicted as three-dimensional maps, with characters represented by 2-D animated bitmap sprites. The camera is fully rotational and follows the party from an angled third-person perspective; it is often necessary to rotate the camera in order to see hidden items or passageways.
Grandia features a rotational party roster. The statistics of each party member increase each time they gain a new level by defeating enemies and earning experience points. Characters learn new abilities through the repeated use of weapons and spells. Once a particular weapon/magic spell is used a number of times in battle, its Skill Level is raised. Weapons are divided into different classes, including swords, maces, axes, whips and knives. Each party member's potential abilities are listed on a Skill screen within the game's main menu, as well as the Skill requirements that must be met in order to learn them. The game encourages players to periodically switch between weapons. When a weapon or magic element levels up, permanent stat points are added to that character as well. For example, when a character's water skill levels up, they also receive +1 HP as well as +2 MP.
Monsters in Grandia are visible on the field and wander around aimlessly until the party gets close. A battle begins once the monster touches a party member. If the player manages to sneak up on the enemy and make contact from the rear, they gain a preemptive strike and attack first. Likewise, if an enemy touches a party member from behind, they get the first strike. Combat is shown from a third-person overhead view. The IP bar at the bottom right corner of the screen displays a row of icons, which represent all party members and enemies on the screen. When an icon drifts to the midpoint of the IP Bar, that character can choose their next action. The IP Bar also shows the time it takes for enemies to attack; if the party manages to land a strike during the period where an enemy is preparing an attack, that enemy's attack is canceled. 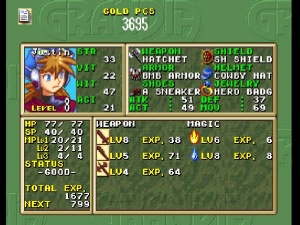 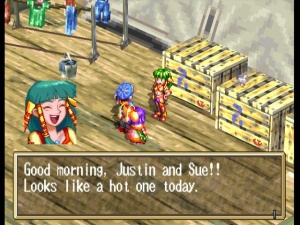