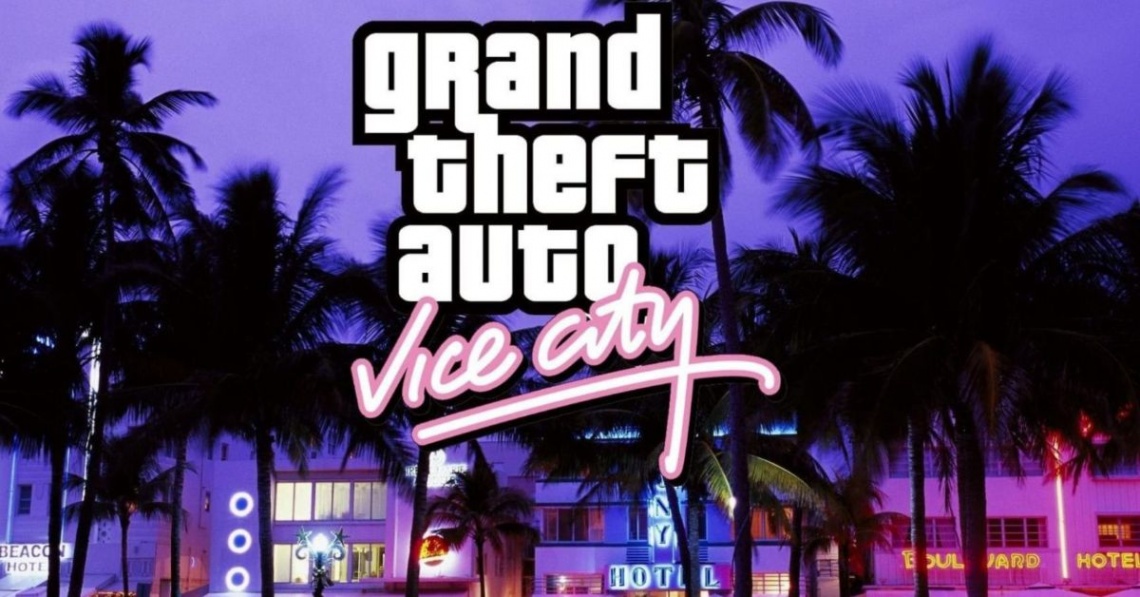 action
adventure
classic
driving
open world
shooter
simulation
single player
third person
funny
sandbox
Release: 2003
Grand Theft Auto: Vice City is an action-adventure game played from a third-person perspective. The player controls the criminal Tommy Vercetti and completes missions—linear scenarios with set objectives—to progress through the story. It is possible to have several active missions running at one time, as some missions require the player to wait for further instructions or events. Outside of missions, the player can freely roam the game's open world and has the ability to complete optional side missions. Composed of two main islands and several smaller areas, the world is much larger in area than earlier entries in the series. The islands are unlocked for the player as the story progresses.
Gameplay screenshot of the player character driving a motorcycle through a busy city street.
The player can drive motorcycles in Vice City, unlike its predecessor.
The player may run, jump, or drive vehicles to navigate the game's world. The player uses melee attacks, firearms and explosives to fight enemies. The firearms include weapons such as the Colt Python, an M60 machine gun and a Minigun. The game's three-dimension environment allows a first-person view while aiming with the sniper rifle and rocket launcher. In addition, the game's combat allows the player to commit drive-by shootings by facing sideways in a vehicle. The game provides the player a wide variety of weapon options—they can be purchased from local firearms dealers, found on the ground, retrieved from dead enemies, or found around the city.
In combat, auto-aim can be used as assistance against enemies. Should the player take damage, their health meter can be fully regenerated through the use of health pick-ups. Body armour can be used to absorb gunshots and explosive damage, but is used up in the process. When health is entirely depleted, gameplay stops, and the player respawns at the nearest hospital while losing all weapons and armour and some of their money.
If the player commits crimes while playing, the game's law enforcement agencies may respond as indicated by a "wanted" meter in the head-up display (HUD), which increases as the player commits more crimes. On the meter, the displayed stars indicate the current wanted level, and the higher the level, the greater the response for law enforcement (for example, at the maximum six-star level, police helicopters and military swarm to lethally dispatch players). Law enforcement officers will continue to search for the player after they leave the wanted vicinity. The wanted meter enters a cooldown mode and eventually recedes when the player is hidden from the officers' line of sight.
During the story, Tommy meets characters from various gangs. As the player completes missions for different gangs, fellow gang members will often defend the player, while rival gang members will recognise the player and subsequently shoot on sight. While free roaming the game world, the player may engage in activities such as a vigilante minigame, a fire fighting activity, and a taxi cab service. Completion of these activities grants the player with context-specific rewards. As Tommy builds his criminal empire, the player may purchase a number of properties distributed across the city, some of which act as additional hideouts where weapons can be collected and vehicles can be stored. There are also a variety of businesses which can be purchased, including a film studio, a taxi company, and several entertainment clubs. Each commercial property has a number of missions attached to it, such as eliminating competition or stealing equipment; once all missions are complete, the property begins to generate an ongoing income available for the player.


This article uses material from the Wikipedia article Grand Theft Auto: Vice City, https://en.wikipedia.org/wiki/Grand_Theft_Auto:_Vice_City, which is released under the Creative Commons Attribution-Share-Alike License 3.0, https://creativecommons.org/licenses/by-sa/3.0/.
Read Full Description
Get This Game 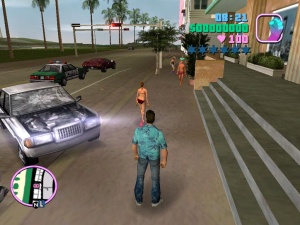 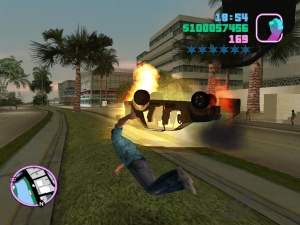 Grandpa
Recommended for you
Browse Games