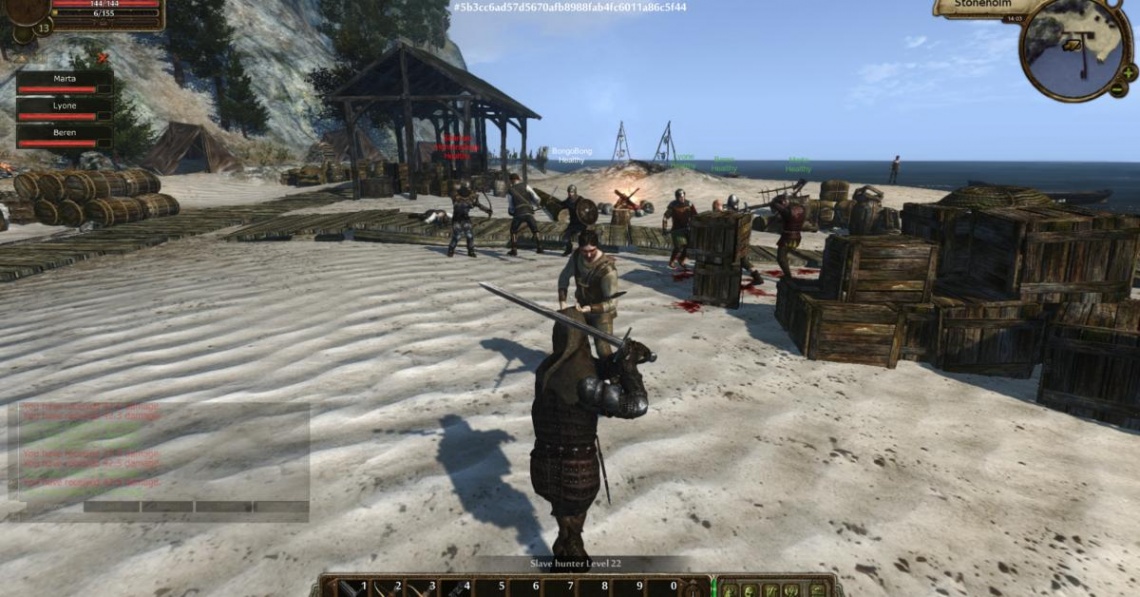 mmorpg
Release: 2016
Gloria Victis is a low fantasy Medieval MMORPG with an emphasis on realism. What does this mean? Open PvP with territory control, non-target combat, sandbox crafting, player-driven economy and no fireballs. All served up with a deep, mature story.

Our Supporters already have Early Access to the current version of Gloria Victis. The final release of the game will be free to play. Please remember that the current (Pre-Alpha) version of the game is lacking of some features which will be implemented in later stages of development.

Challenging CombatEnjoy great action, non-target combat in Mount n Blade style! Fight for fame and try your skills in open PvP. Plunder the dead enemies with our innovative Partial Loot system, and take control over their territory! Build fortifications and prepare yourself for a siege or get on a horse and ride for glory in epic battles with hundreds of players!

Sandbox CraftingNo war can be won without weapons and armor, castles or war machines. And no nation will stand without farmers, woodcutters or carpenters. This is great purpose to gain fame in our deep and engaging crafting system! Cooperate with other players to shape the in- game economy. Every single item has to be crafted using realistic processes, designed after original Medieval techniques!

Realistic equipmentEnjoy total freedom – you can go everywhere, do what you want and wear what you like! That’s why we decided to use class-less system with great freedom in terms of equipment – it’s your choice if your character will be an elegant nobleman famous of his mastery with a Longsword, a Brigandine wearing soldier with a deadly Halberd, or a farmer, caring only about fruits of his labor. Become who you want to be.

The WorldTo create total immersion we need open world. And yes, it means really open, without loading screens or invisible barriers at every turn. So yes, we offer you a breathtaking, massive open world with housing and territory control! Immersion requires also the responsiveness, so NPCs in Gloria Victis will react accordingly to player’s actions and certain time's of day or weather. Weather itself will play big role too (going to the desert in furs might be a bad idea).

LoreMiddle Ages, times when the tale about a man could have more meaning than his life, when legends were born and merciless heroes were clashing with each other in gruesome battles caused by political intrigues. Choose one of four different historical nations from Medieval times, based upon those from Europe and the Middle-East, and enjoy a deep, mature story or influence the world’s politics with your guild!

Dynamic weather system.The lands in Gloria Victis will be graced by the presence of various seasons as well as weather conditions. However, a day and night cycle, the changing of seasons and dynamic weather are not just for show, but are intimately tied to the game and each have their own effect upon game mechanics.The time of day for instance determines the behaviour of NPCs ? some retire to their homes to sleep and unscrupulous muggers will begin to prowl the streets. The player in Gloria Victis will need to plan their adventures in accordance with the time of day, seasons as well as weather conditions, much like how one would in real life. Gloria Victis will feature eleven different weather types and numerous parameters such as luminosity or temperature.
Read Full Description
Save & Play Game Later
Images & Video 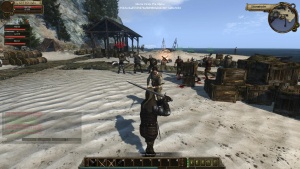 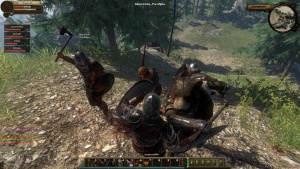