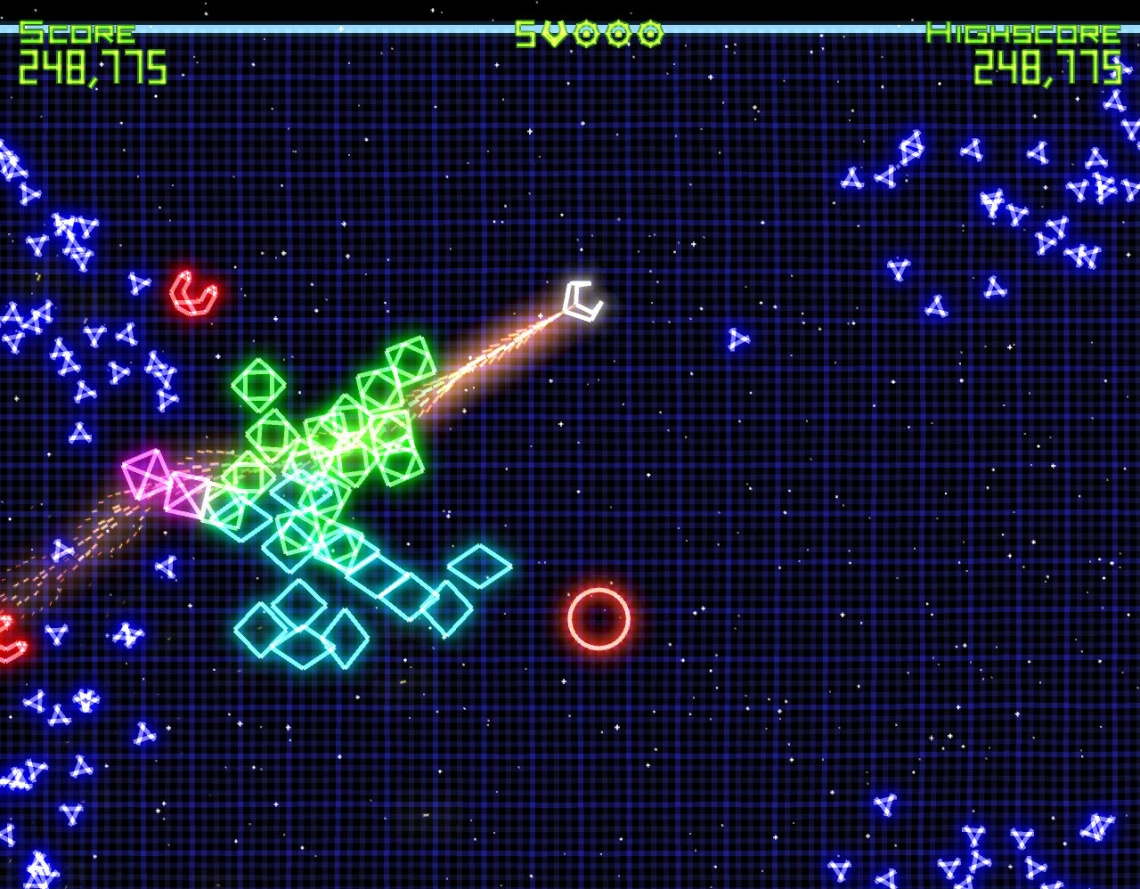 2d
arcade
casual
Release: 2007
The object of Geometry Wars is to survive as long as possible and score as many points as possible by destroying an ever-increasing swarm of enemies. The game takes place on a rectangular playfield and the player controls a claw-shaped "ship" that can move in any direction using the left thumbstick, and can fire in any direction independently using the right thumbstick. The player also has a limited number of bombs that can be detonated and destroy all enemies on the playfield. As the game progresses, the player can earn extra lives and additional bombs at set score increments, and the primary weapon changes at regular intervals (10,000 points). Also, enemies spawn in progressively larger quantities and at greater frequency as the game progresses. If an enemy touches the player's ship, the ship explodes and a life is lost, plus the multiplier worked up by how many enemies are killed in one life is also lost. The game is over when the player runs out of lives.

The Evolved version of the game takes place on a playfield that is slightly larger than the display area of the TV screen, and the camera follows the player's movements. A background grid pattern adds to the graphical effects by warping in reaction to player shots and the behavior of certain enemies. This version introduces new enemies and a score multiplier that increases as the player destroys enemies without losing a life.


This article uses material from the Wikipedia article Geometry Wars: Retro Evolved, https://en.wikipedia.org/wiki/Geometry_Wars:_Retro_Evolved, which is released under the Creative Commons Attribution-Share-Alike License 3.0, https://creativecommons.org/licenses/by-sa/3.0/.
Read Full Description
Get This Game 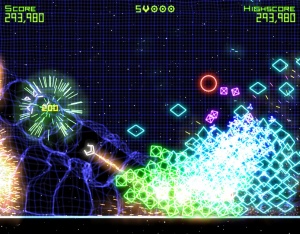 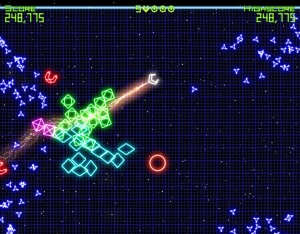