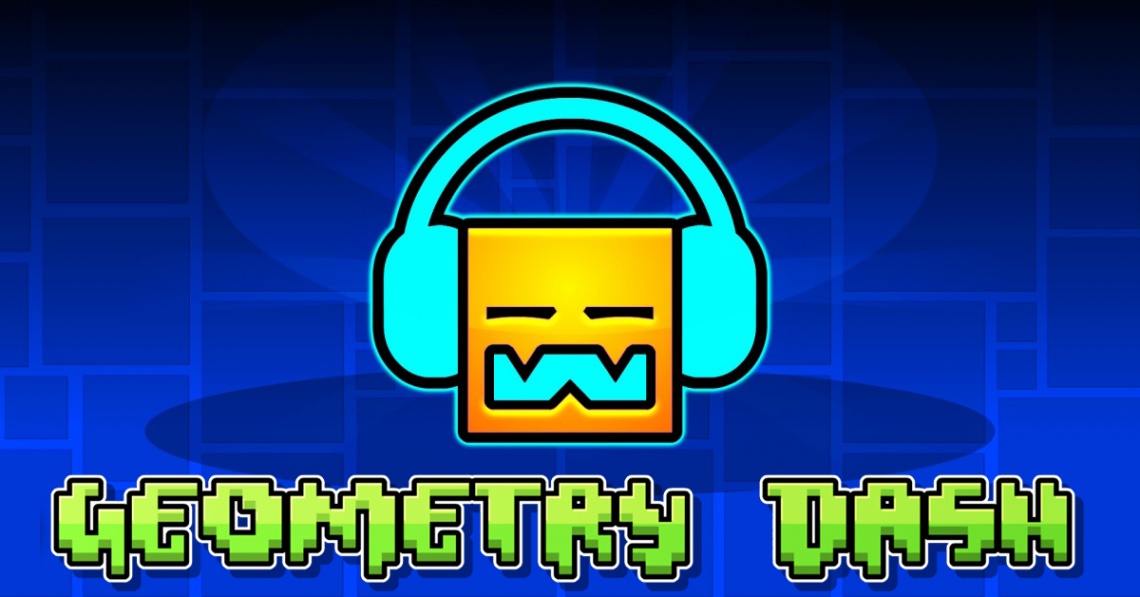 2d
action
adventure
arcade
casual
family-friendly
music
platform
rhythm
single player
strategy
funny
Release: 2014
Geometry Dash uses a simple tapping/clicking system to control different vehicles that react when a player presses anywhere on the touchscreen (space/up key(s), mouse, or "A" button when using a controller if playing on the PC version) and can be held down to constantly interact (on some vehicles). Users cannot control the speed at which the icon is moving, the only way to change speed is by touching a speed changing arrow set. The timing and rhythm of the in-game music are key parts of the game, often in relation to each other.

The objective of the game is to complete a level by reaching its end; however, if the player crashes into an obstacle, they will have to start over from the beginning. All levels (with the exception of the three "demon" rated levels in the full version) are unlocked from the start, so they can be played out of order. Along the way, the player can collect up to three secret coins in each official level, which are scattered in either hidden or challenging areas (or both).

If the player completes a level, he/she will be rewarded with icons or colors on main levels, and mana orbs, which can be used to purchase icons, death effects, or trails in the shops.

This article uses material from the Wikipedia article Geometry Dash, https://en.wikipedia.org/wiki/Geometry_Dash, which is released under the Creative Commons Attribution-Share-Alike License 3.0, https://creativecommons.org/licenses/by-sa/3.0/.
Read Full Description
Get This Game 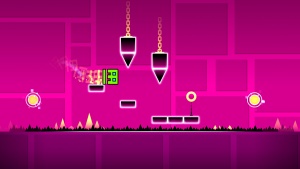 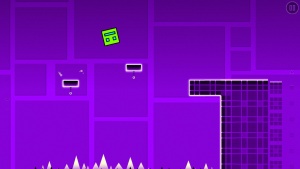 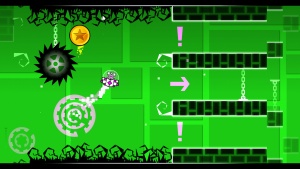 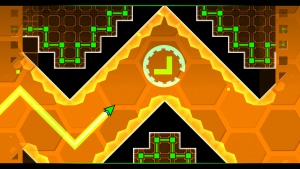 Geometry Dash World
Recommended for you

Geometry Dash SubZero
Recommended for you

Geometry Dash Meltdown
Recommended for you

Gerty
Recommended for you

Get Even
Recommended for you
Browse Games