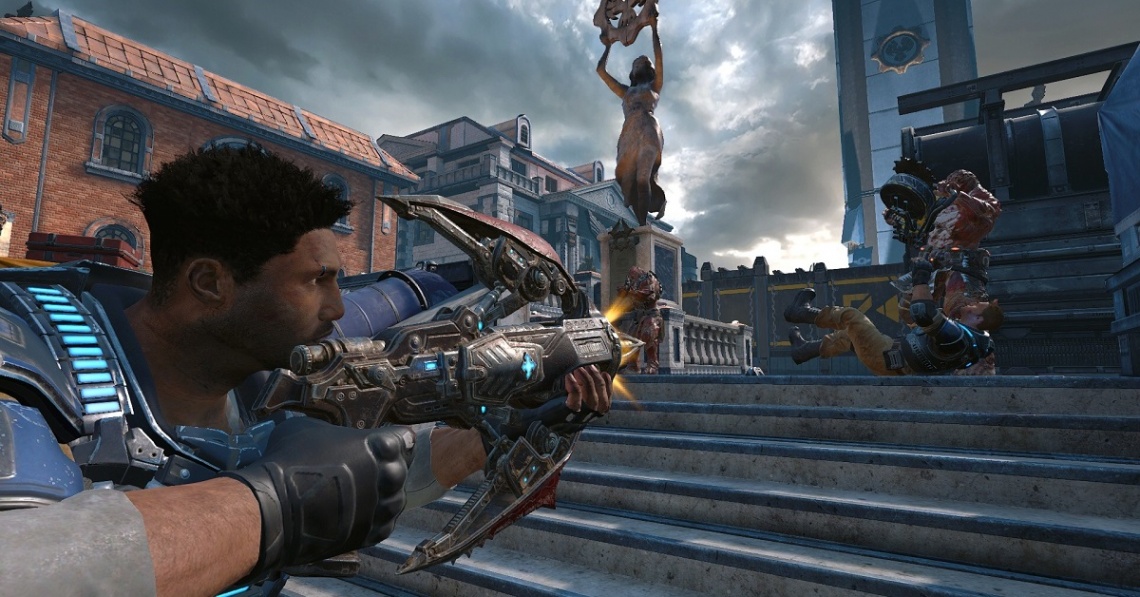 action
multiplayer
open world
single player
strategy
tps
Release: 2016
Gears of War 4 takes place 25 years after the Imulsion Countermeasure weapon destroyed all Imulsion on the planet Sera, taking the Locust and the Lambent with them as well. Unfortunately, this also knocked out the use of fossil fuels, forcing humanity to adapt new ways for survival. The countermeasure also brought the advent of "Windflares", powerful windstorms that form across the planet. Following the aftermath of the Lambent Epidemic, the reformed Coalition of Ordered Governments estimated that only hundreds of thousands of humans are left on Sera. To prevent the population from declining, walled-off cities were built to protect the citizens from the dangers outside. The COG also declared martial law, preventing any travel from outside of city walls. Some human survivors rejected the viewpoints of the COG and formed a group called the "Outsiders" that live outside of the COG jurisdiction, conducting raids on COG territory to gather resources.

This article uses material from the Wikipedia article Gears of War 4,
https://en.wikipedia.org/wiki/Gears_of_War_4 which is released under the Creative Commons Attribution-Share-Alike License 3.0, https://creativecommons.org/licenses/by-sa/3.0/.
Read Full Description
Get This Game 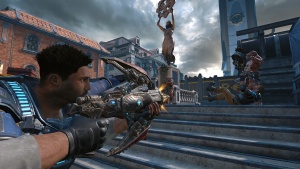 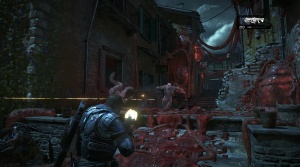 Geometry Dash Lite
Recommended for you

Galax.io
Recommended for you
Browse Games