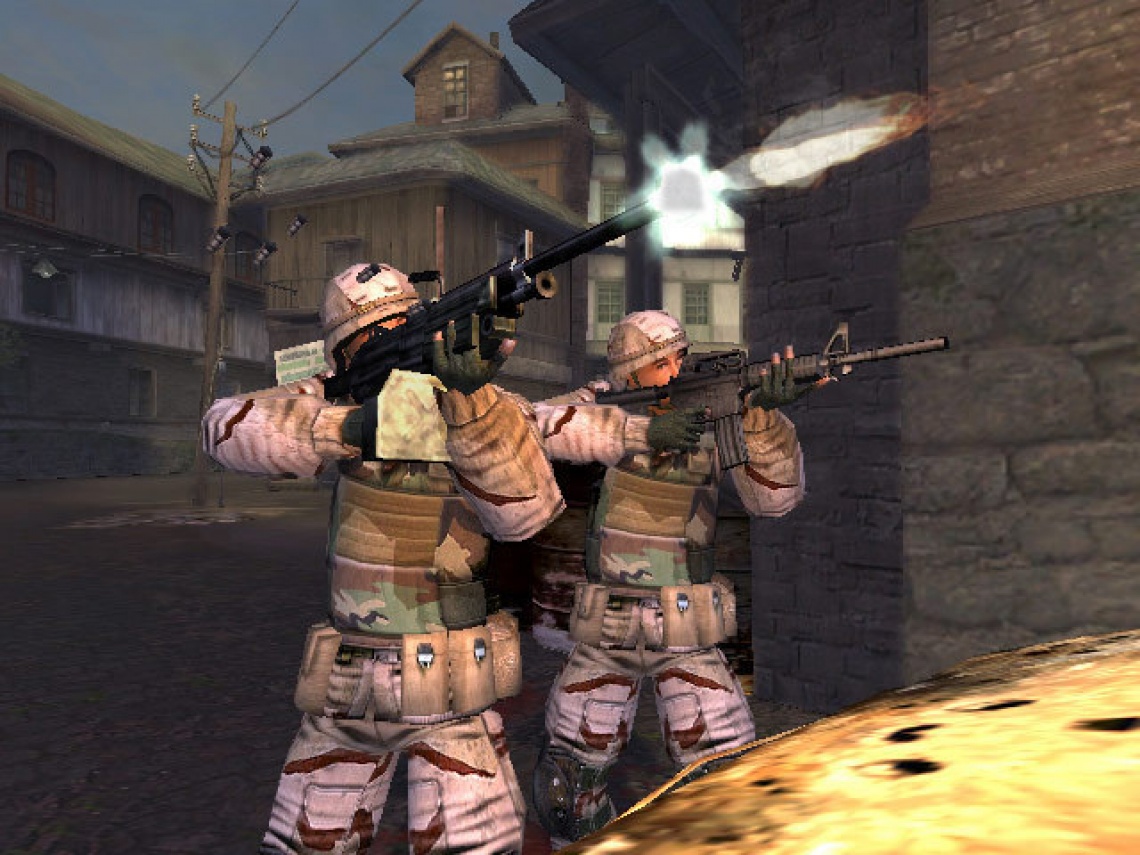 action
multiplayer
single player
strategy
tps
military
Release: 2004
Full Spectrum Warrior is a squad-based game in which the player issues commands to two fireteams, Alpha and Bravo. Each fireteam has a Team Leader equipped with an M4 carbine. The Team Leaders also carry a GPS receiver, which can be used to locate mission objectives and enemy locations, and a radio for communication with headquarters. The second team member is the Automatic Rifleman, equipped with an M249 Squad Automatic Weapon, used to lay suppressive fire on the enemy and assigned to take command if the team leader is shot. The third team member is the Grenadier, equipped with an M4 with an M203 grenade launcher attachment. The last team member is the Rifleman, equipped with a M4 carbine. If a member of the team is wounded, another member of the team will carry them. Lieutenant Phillips is the team commander and the player will usually find him with the CASEVACs, which are healing and ammunition points. Each fireteam has a limited amount of fragmentation and smoke grenades, in addition to the M203 grenades. Occasionally throughout the game, there will be a third asset designated as Charlie Team, ranging from anti-armor engineers to US Army Rangers. 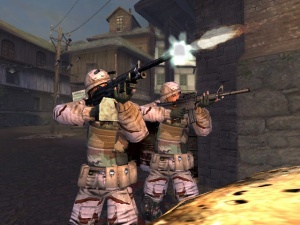 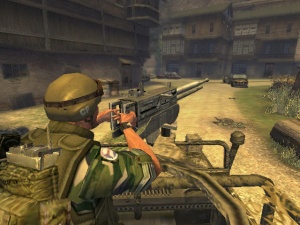