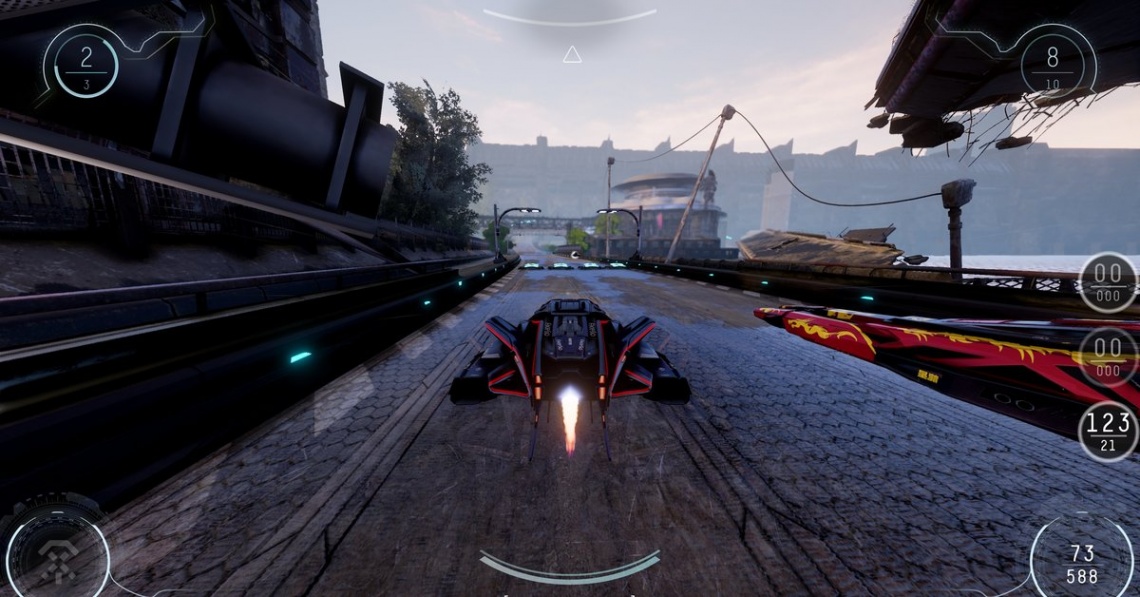 action
racing
Release: 2017
Formula Fusion is a futuristic racing video game developed by R8 Games for PC which is under development for release on PS4 and Xbox One. A kickstarter campaign by R8 Games was successful in securing over £79,000 to begin development on the game which was released as an early access version through Steam in August 2015.[1][2]
The game is a spiritual successor to the Wipeout series with many of the R8 Games staff having worked on earlier titles in that series for Psygnosis and Studio Liverpool before Sony closed the studio in 2012.[3] R8 Games founder Andrew Walker was part of the team that were awarded a BAFTA for best design on Wipeout 3 in 1999.[4][5] The Designers Republic, the graphic design studio that designed visual assets and marketing for the first three Wipeout games, has also contributed to the game.[6]
A console release is planned for 2017 on PS4 and Xbox One.[5] The game uses the Unreal 4 game engine with modifications to the open source code to enhance the feeling of speed.[7] 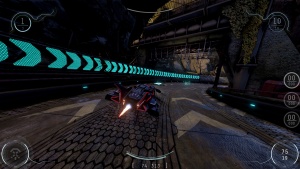 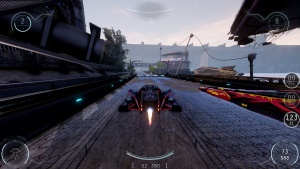