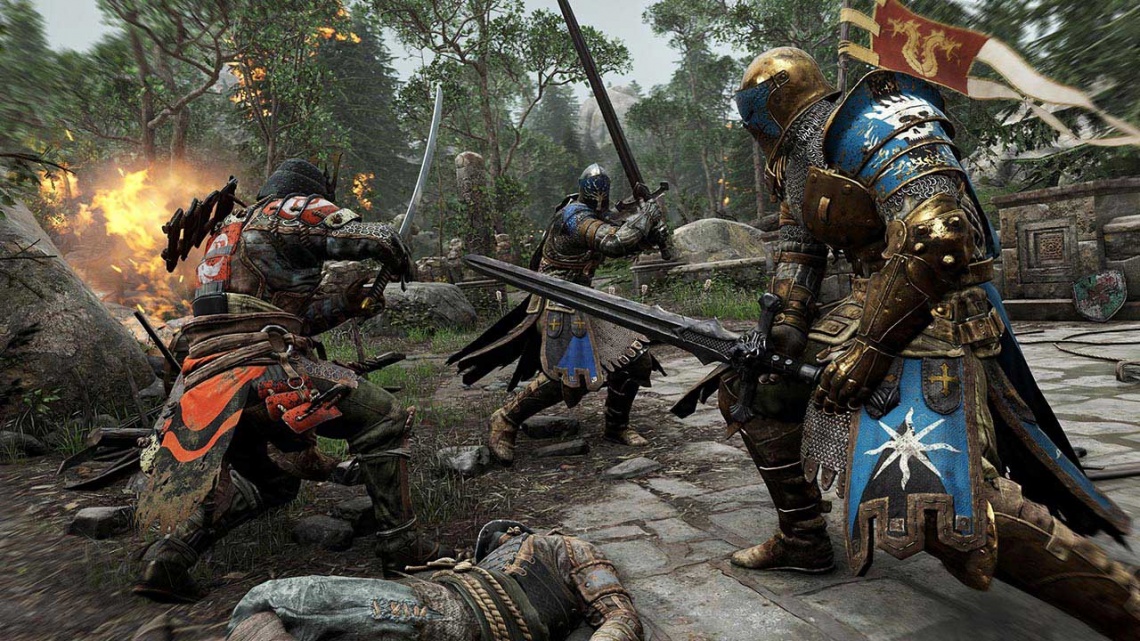 action
fantasy
hack and slash
moba
multiplayer
pvp
rpg
single player
strategy
third person
Release: 2017
For Honor is an action fighting game set during a medieval period inspired fantasy setting. Players can play as a character from three different factions, namely The Black Stone Legion, The Chosen, and The Warborn. The three factions represent knights, samurai, and vikings, respectively. Each faction had four classes at launch, with two more being added at the beginning of every season of the Faction War. The Vanguard class is described as "well-balanced" and has excellent offense and defense. The Assassin class is fast and efficient in dueling enemies, but the class deals much less damage to enemies. The Heavies are more resistant to damages and are suitable for holding capture points, though their attacks are slow. The last class, known as "Hybrids", are a combination of two of the three types, and is capable of using uncommon skills.
All heroes are unique and have their own weapons, skills, and fighting styles. There are 12 pieces of downloadable content. Players fight against their opponents with their class-specific melee weapons. When players perform certain actions, such as killing multiple enemies consecutively, they gain Feats, which are additional perks. These perks allow players to gain additional points and strengths, call in a barrage of arrows or a catapult attack, or heal themselves. In most missions, players are accompanied by numerous AI minions. They are significantly weaker than the player character, and do not pose much threat.
A tactical combat system, known as "Art of Battle", is initiated when the player encounters other players or player-like AI in the multiplayer or higher health AI in the campaign. Players enter a dueling mode with them wherein players aim at their opponent with their weapon. Players then can choose how to place and position their weapons from three directions (from above, the right, and the left) when they are attacking their enemies. By observing on-screen hints and the movements of their opponents, which reflect their respective attack position, players can notice the weakest part of their enemies and attacks these parts. Choosing the correct position can block the other players' attack. Players also have other special abilities, such as barging into enemies with their own shoulders and performing back-stepping swipes. The strength of each attack can also be decided by players. The system aims at allowing players to "feel the weight of the weapon in [their] hand".

The Faction War
Each online multiplayer match awards War Assets based on the outcome and the player's performance. These War Assets are then deployed in the Faction War – which stretches across all platforms – where they are used either to defend an allied territory or conquer a neighboring one occupied by an enemy faction, with the most war assets deployed in a given territory determining the victor. Territories controlled are updated every six hours, while rounds last for two weeks and seasons last for ten weeks (five rounds). As the war progresses and territories change, the changing front will determine which maps that are played and their appearance (each map has variants depending on whether it is under Samurai, Knight or Viking control.) Players who have distinguished themselves and helped their faction gain and defend ground earn higher quality equipment as spoils of war after each round and each season. After a season ends, the map is reset and a new season begins after an offseason period, but the outcome of the previous season impacts the story background of the new season.


This article uses material from the Wikipedia article For Honor, https://en.wikipedia.org/wiki/For_Honor, which is released under the Creative Commons Attribution-Share-Alike License 3.0, https://creativecommons.org/licenses/by-sa/3.0/.
Read Full Description
Get This Game 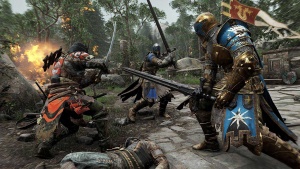 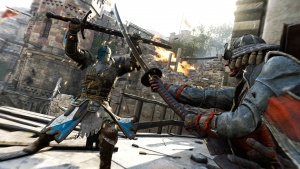