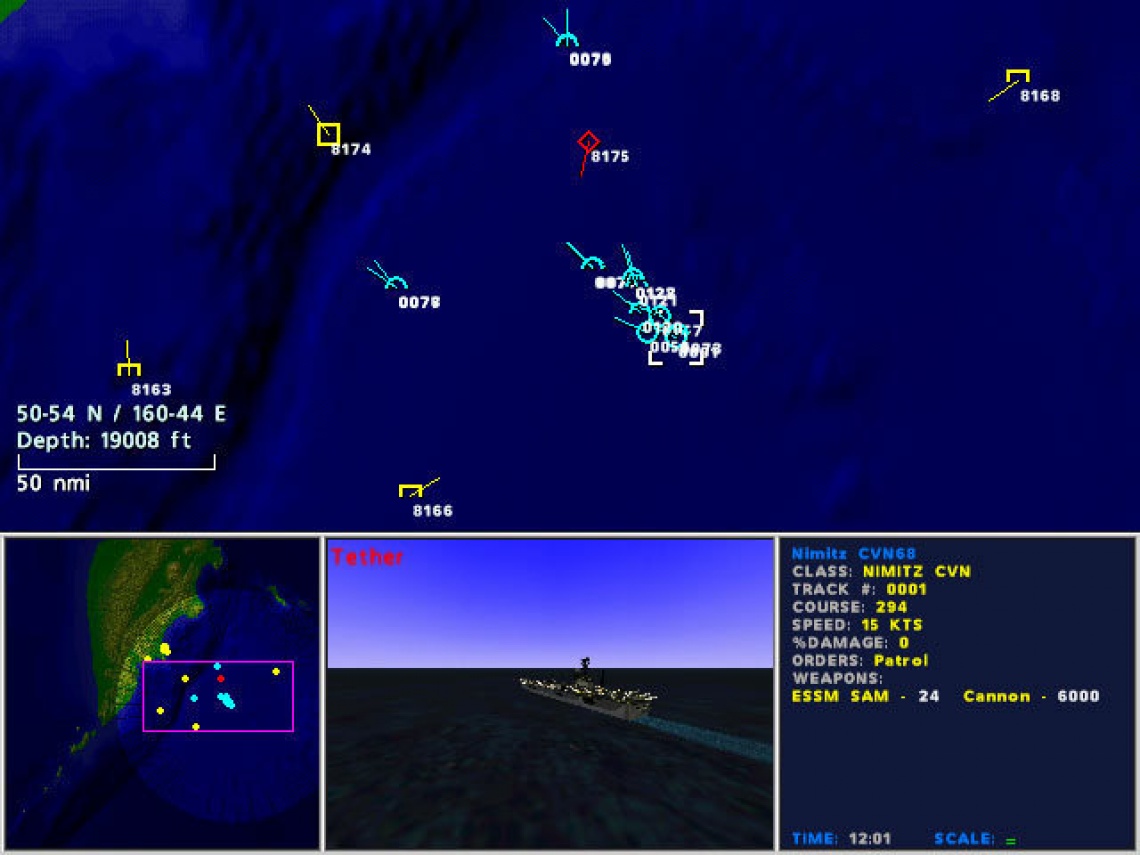 simulation
strategy
Release: 1999
In terms of gameplay, as a real-time tactics game it is a realistic military simulator and only involves resource management of weapons and the fuel of airborne aircraft. The scenario defines the units that a player has at the beginning of the scenario, and the player can never have more than what they started with until the scenario ends. Like other real-time tactics games, losses cannot be replaced, which emphasises the value of units and the judicious use of them (though some scenarios make it impossible to save a particular unit). The military realism is emphasised further by such means as using some authentic NTDS symbology on the 2D tactical planning map. Much of the game and mission events are presented in the form of full-motion video sequences.
Gameplay can be chosen from one of three different options. First is a series of preset missions that contain certain objectives. These missions contain specific goals that must be accomplished in order to be graded successfully. They vary in difficulty from one star to four with four stars being the most difficult. A second game play theme is to play one of four provided scenarios. These are generally "wars" verses "battles" that require the player to win each successive challenge before continuing. The last type of game play is using a feature called "mission editing," where a player can input their own configurations and force strength and objectives. Preset mission objectives and goals can be inputed into the editor and displayed to the player at various intervals throughout game play. Inputed objectives can be configured in such a way that they must be completed in predetermined orders for the overall mission to be successful. The programming skills necessary are quite basic and are a credit to the ingenuity of the software designers.
The "mission editor" feature is simple to use and relatively uncommon in other game play software. The feature enables players to interface directly with the software and provide a relatively limitless amount of possible combat scenarios. 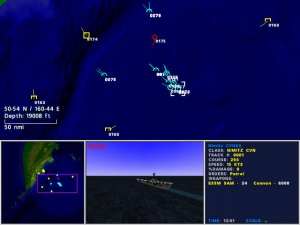 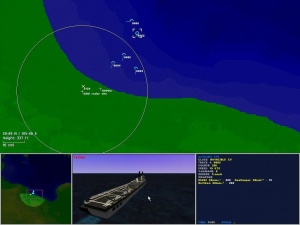