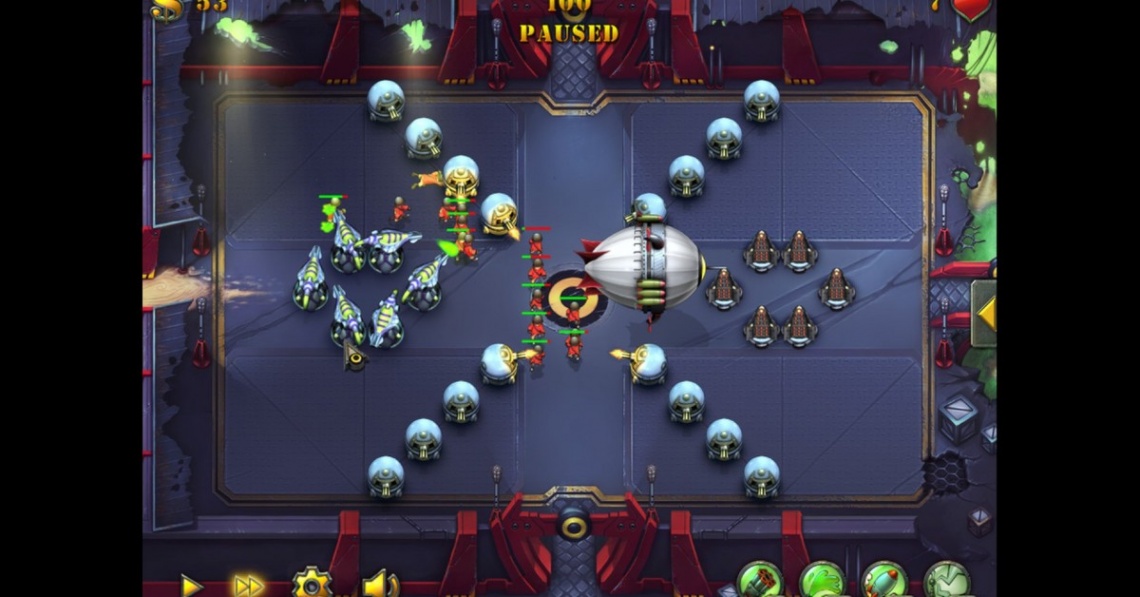 casual
indie
single player
strategy
tower defense
Release: 2012
Unlike in other tower defense games, turrets can be placed anywhere and the enemies will go around them, forcing them to walk along any path the player makes. It is not possible to block the path however. Fieldrunners offers three types of gameplay: Classic, Extended and Endless. Playing in Classic and Extended modes limits the number of rounds in which the player must defend to 100. Classic only lets players build the original four towers, Gatling, Goo, Missile, and Tesla (except Skyway which substitutes Laser for Tesla and Frostbite which substitutes Ice for Goo). Extended mode adds the two new towers, Flame Tower and Mortar Tower (except Skyway which adds Tesla instead of Mortar). In Endless mode, the player may defend indefinitely. In any mode, the player may play in Easy, Medium, or Hard mode. 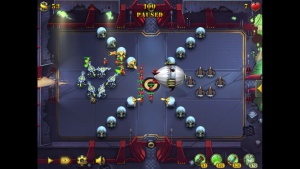 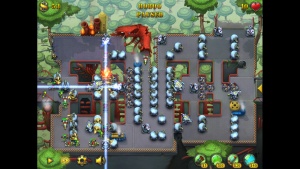