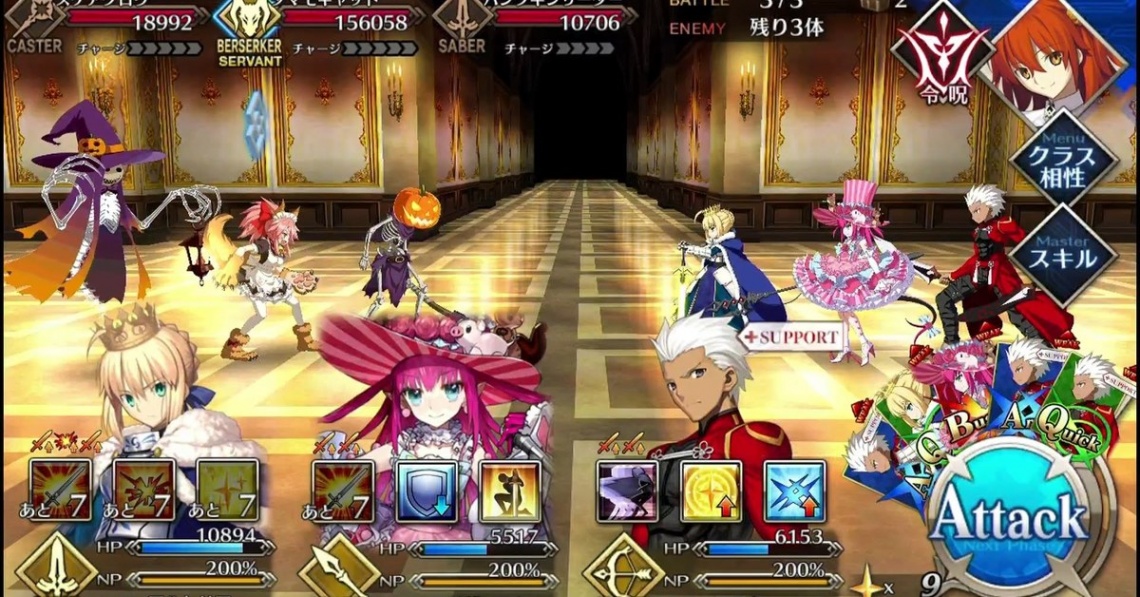 action
free to play
multiplayer
rpg
single player
strategy
turn based
Release: 2017
Fate/Grand Order is a turn-based tactical RPG. The player takes the role of "Master" and command a group of individuals who are heroes and other figures in history and from various myths, legends and tales, called "Servants". The player commands a party composed of up to 6 Servants in each battle, 3 active members and 3 reserve members. In each turn, the player is given a set of 5 Command Cards and have to use 3 of them to attack. The cards are randomly generated depending on the Servants active. The cards have three types: Buster (a heavy attack), Arts (a medium attack that charges the special gauge named Noble Phantasm), and Quick (a light attack that generate Critical Stars that ensure critical hits next turn). If 3 similar cards are used in one turn or called Chains, it gives bonus based on how similar the cards are. Each Servants also have skills that can be used before drawing Command Cards, each skill give effects in the battle, as well as a special skill called "Noble Phantasm" which can be used when a special card appeared when the NP gauge is full. The "Master" also have a separate set of skills and a special skill called "Command Spell" that is powerful but must be used wisely.
Servants are obtained by summoning them through a summoning system that consumes Saint Quartz, an in-game currency and Friend Points, points received by providing or using a Support Servant provided by NPC and friends. Each Servants have designated class who effectiveness in a battle depends on what class the enemies are. Another kind of cards called "Craft Essences" can be also obtained in summoning and used to give additional effects when equipped to a Servant. Certain Servants and Craft Essences can be only obtained in limited-time only events.

This article uses material from the Wikipedia article Fate/Grand Order
https://en.wikipedia.org/wiki/Fate/Grand_Order which is released under the Creative Commons Attribution-Share-Alike License 3.0, https://creativecommons.org/licenses/by-sa/3.0/.
Read Full Description
Get This Game 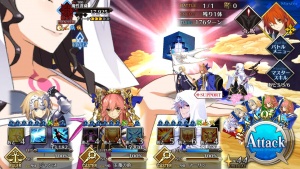 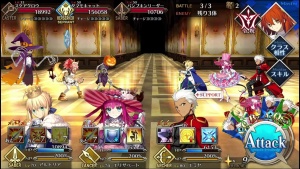 FarmVille 2: Country Escape
Recommended for you

FIFA 18
Recommended for you
Browse Games