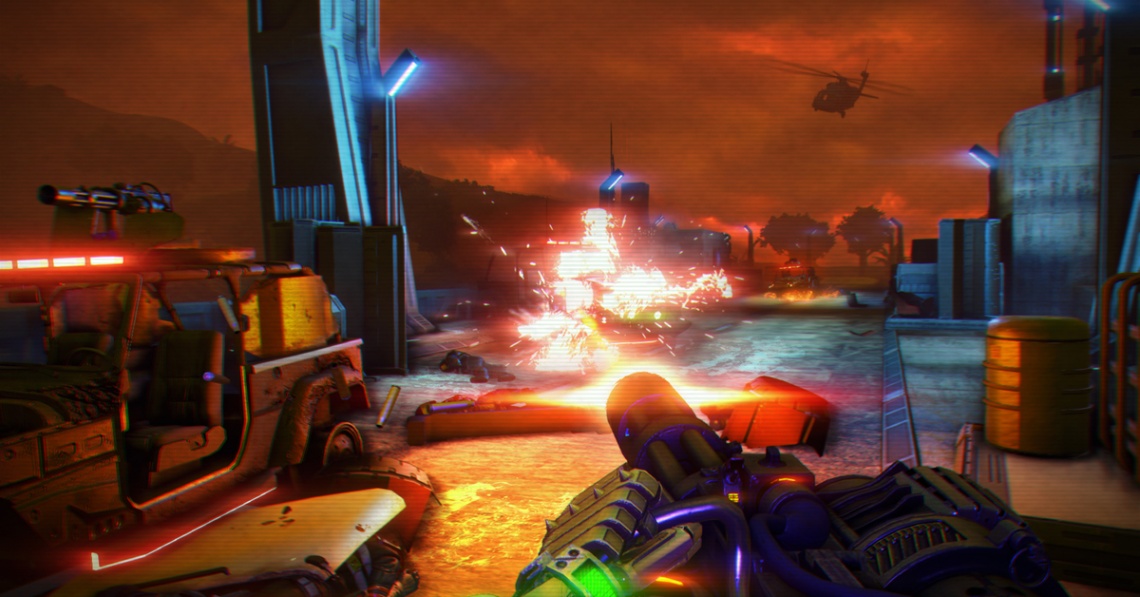 You are Sergeant Rex Colt: Mark IV Cyber Commando. The year is 2007 and Earth has been ravaged by a nuclear war which erupted in the 90s. The east vs. west conflict has raged for generations, and humanity continues to struggle to progress after a disastrous decade. New paths for peace must be found, and the US cyborg army may have found a solution: a powerful bioweapon on a distant island. Your mission is to gather information and figure out what the hell is going on.

A Kick-Ass Cyber Shooter There’s only one force powerful enough to stop an army of rampaging killer cyborgs, mutated scientists, metal sharks and vicious Blood Dragons that shoot lasers from their eyes – that force is you. Your name is Sergeant Rex Power Colt, a Mark IV Cyber Commando. Lock and load as you and your seven favorite fully customizable killing implements tackle a bizarre open world island crawling with evil. Take down the enemy with ninja stars, guns or even just good old explosives. Your battle. Your way. Their tough luck.
Get the girl, kill the bad guys and save the world As Sergeant Rex Colt, you are part man, part machine, all American. You are a state-of-the-art Mark IV cyber-commando on a mission… of vengeance. You’re out to bring down your old commanding officer and his battalion of ruthless killer cyborgs-and you’ll stop at nothing to get the job done.
Wrapped up with every cliché of the VHS era Hollywood action icon Michael Biehn (The Terminator, Aliens, and The Abyss), returns in this explosive 1980s-style sci-fi vision of a dark future where cyborgs and mutants collide. So turn off your VCR, plug in your video game cabinet, and get ready to experience all the thrills of Far Cry® 3 Blood Dragon in full stereophonic sound.
Read Full Description
Get This Game 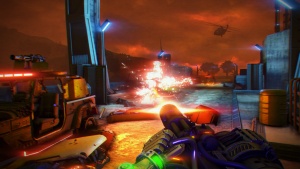 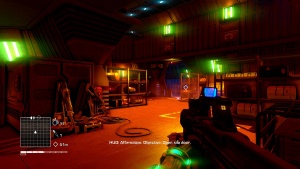